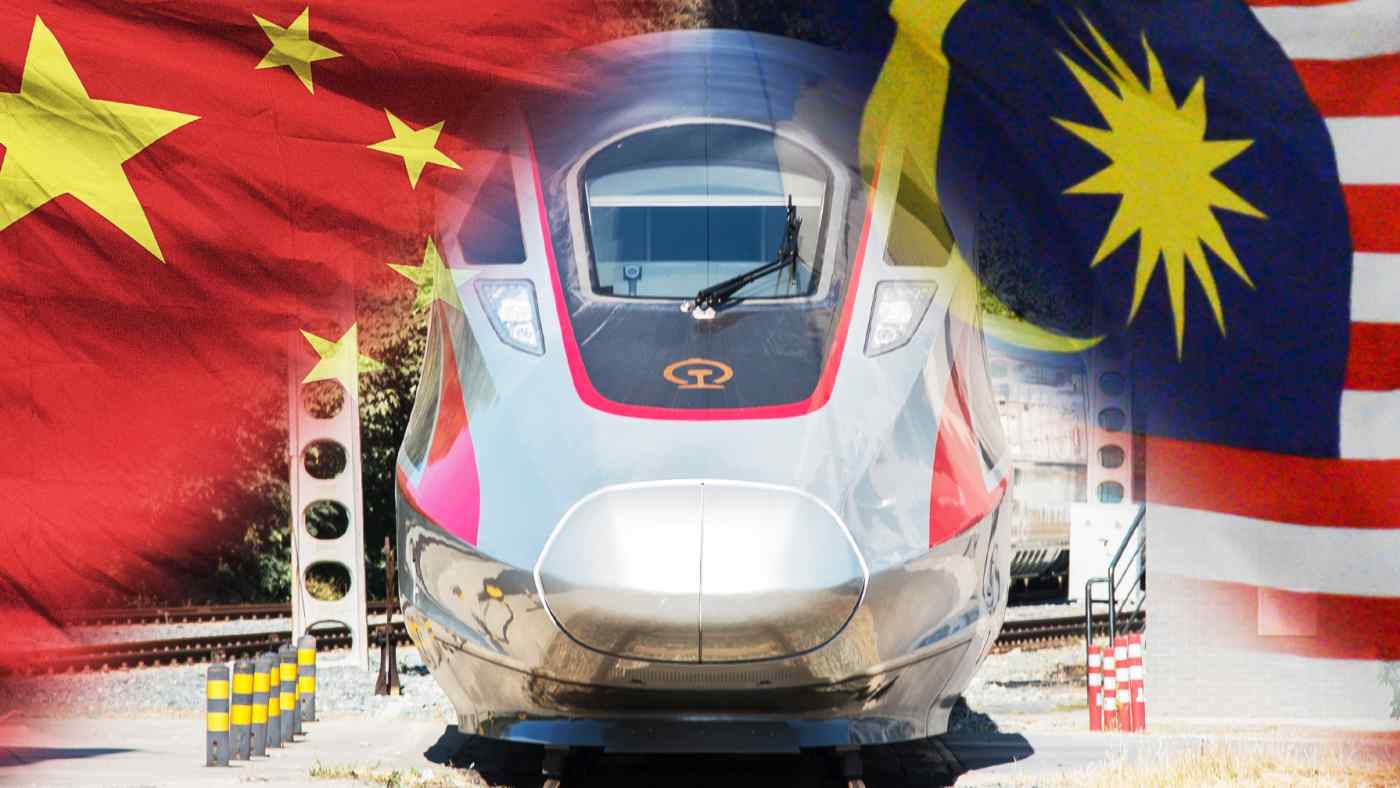 SHANGHAI -- Prime Minister Mahathir Mohamad of Malaysia on Monday hailed an infrastructure deal with China as being mutually beneficial for both countries, a stark difference from his threat to walk away from the pact just months ago.

A spokesperson at China's Ministry of Foreign Affairs said on the same day that he hoped construction of the project could resume at an early date for more "win-win outcomes."

Kuala Lumpur clinched a discounted deal with state-owned China Communications Construction, slashing by one-third the original cost of 65.5 billion ringgit ($15.9 billion) for the construction of the East Coast Rail Link, or ECRL.

The project, linking Port Klang, Malaysia's main shipping hub outside Kuala Lumpur, to Kota Bharu, near the border with Thailand, was agreed on with unusual speed by former Prime Minister Najib Razak in 2017.

Najib currently is on trial for graft related to state fund 1Malaysia Development Berhad, and authorities are also probing whether transactions involving the ECRL were used as kickbacks for 1MDB.

"It was an unjustified, hefty lump sum price which lacked clarity in terms of technical specifications, price and by extension, economic justification," Mahathir said on Monday.

The deal, now priced at 44 billion ringgit, was made possible after a major realignment to the original 688 km line, shortening it to 640 km by avoiding the construction of a costly tunnel.

The standard gauge double tracking line is now slated for completion at the end of 2026, passing through the Kuantan Port, facing the South China Sea, where a Chinese company is constructing an industrial park. 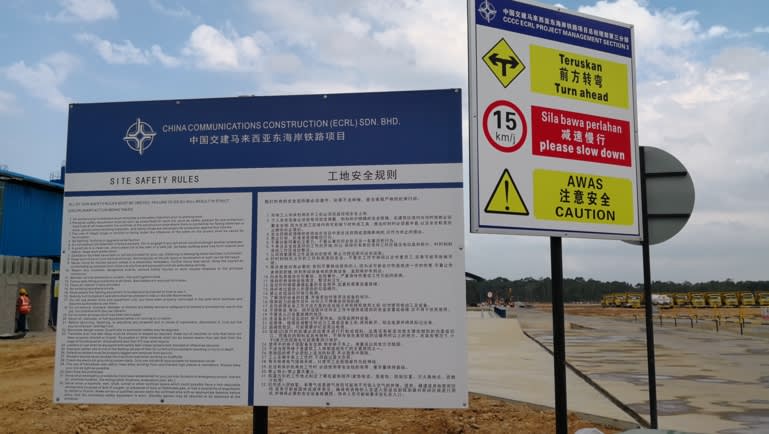 A construction site of the East Coast Rail Link in Terengganu, Malaysia, after the project was suspended in June 2018. (Photo by Ying Xian Wong)

Both countries also agreed to jointly operate the line as part of the deal to share risk and the transfer of technology to ensure long-term sustainability.

The Hong Kong-listed Chinese contractor said in a filing to the stock exchange that the project resumption was an "important step" in moving forward.

Malaysia managed to boost the local participation ratio for the project to 40% from 30%, and it will also seek to reduce the loan commitment. Under the original deal, the Export-Import Bank of China was to provide 85% of the financing through a 20-year soft loan at an annual interest rate of 3.25%, a term Mahathir criticized vehemently as "selling out the country."

Market watchers in Malaysia greeted the new deal positively amid a slowdown in the country's economic growth.

"Revival of the ECRL bodes well for the local construction industry and potential positive multiplier effect on the domestic economy with a rise in local participation," Affin Hwang Capital wrote in a note on Monday. The investment bank said the price tag of 44 billion ringgit topped the list of infrastructure projects awarded this year and could further boost construction industry stock prices in the near-term.

As a landmark infrastructure project under President Xi Jinping's Belt and Road Initiative, China probably wanted it as much as Malaysia to see it through, according to New York-based think tank Eurasia Group. Chinese diplomats have lobbied privately with Malaysia over the past year so that the deal would not jeopardize future BRI cooperation between the two countries, it said.

"Chinese firms will tread more carefully in Malaysia, as they are likely to be under greater scrutiny from both sides," said Kelsey Broderick, a foreign-policy analyst with Eurasia Group.

Malaysia, under the Mahathir administration, is aiming to transform the economy from commodity-dependent to high-tech manufacturing through Industry 4.0 initiatives.

It is also tapping the e-commerce sector with assistance from Alibaba Group Holding in developing warehousing technology and from Tencent Holdings in mobile payments.

"We are confident that [China Communications Construction's] involvement will attract and spur investment along the rail link corridor, especially from China," said Mahathir, who is expected to attend a BRI conference hosted by Xi in Beijing at the end of the month.