China and Pakistan fall out over Belt and Road frameworks KARACHI -- China and Pakistan are embroiled in their most serious disagreement relating to the Belt and Road Initiative, causing the annual bilateral summit of the China-Pakistan Economic Corridor (CPEC) to be delayed.

The Joint Cooperation Committee (JCC) is CPEC's principal decision-making body. It is jointly chaired by Pakistan's minister for planning, development and special initiatives and the vice chairman of China's National Development and Reform Commission.

The first JCC meeting was held in August 2013 and the last in November 2019. The 10th JCC was scheduled for early 2020, but remains postponed.

Initially, the COVID-19 pandemic was the reason, but later disagreements between the two countries over the Main Line 1 (ML-1) railway project and special economic zones became the main points of disagreement, Nikkei Asia has learned from informed sources.

Asad Umar, Pakistan's minister for planning, development and special initiatives, told local media in November that the 10th JCC would be held the following month. However, officials in the Planning Commission of Pakistan, who asked not to be named, recently told Nikkei that the meeting will not take place for at least three months -- by far the longest JCC gap to date.

ML-1 is the largest CPEC project and worth $6.8 billion. China is expected to lend $6 billion of this, which Pakistan wants to borrow at a concessional interest rate of less than 3%. A passenger train passes through Karachi -- Pakistan is in urgent need of loans to upgrade its antiquated rail infrastructure.    © Reuters

China offers a mixture of concessionary and commercial loans for such projects. This could significantly increase the aggregate interest rate Islamabad will face, according to the planning commission officials.

"China is reluctant to lend money for ML-1 because Pakistan has already sought debt relief to meet G-20 lending conditions and it is not in a position to give sovereign guarantees," Nasir Jamal, a senior journalist in Lahore covering business and the economy, told Nikkei. He said Beijing's appetite for lending money for large infrastructure projects has diminished because these projects are vulnerable to local politics that delay returns on investment for China. That has hindered agreement on the finance framework for ML-1.

Andrew Small, a senior trans-Atlantic fellow with the Asia program at the German Marshall Fund, a U.S. think tank, said China tends to base its decisions about interest rates for loans to Pakistan on a couple of criteria. Firstly, do low-interest rates encourage projects that do not make sense financially? Secondly, what precedents are set for other countries looking for similar concessions?

"China is much more comfortable deferring payments or providing new financing than it is offering concessional rates in the first place," Small told Nikkei. He said this approach provides Beijing with greater leverage and control even if they are willing to be very flexible at the back-end.

With host countries under pressure to repay at higher rates, China trades payment deferments in return for influence, which helps it get more favorable arrangements. The delayed JCC meeting and unsettled ML-1 financial framework is complicating matters for Pakistan. Early this month, Pakistan Railways asked the government for 11 billion rupees ($69 million) to provide ML-1 security. Without the Chinese financing framework being agreed by the JCC, it is hard for Islamabad to come up with such a large amount given the state of the economy and severe budgetary constraints.

The other major disagreement between Beijing and Islamabad delaying the JCC meeting relates to SEZs. In the second phase of CPEC scheduled for 2020 to 2025, Chinese companies are due to start producing goods in Pakistan and exporting from there.

Currently, the industrial cooperation framework for the SEZs is limited to a memorandum of understanding without detailed modalities. Matters such as tax exemptions and requirements for employing local labor have not been finalized. These need to be agreed by China for confirmation at the JCC. The Board of Investment of Pakistan submitted the draft agreement for the industrial cooperation framework to the Chinese government last month and is still awaiting a response. 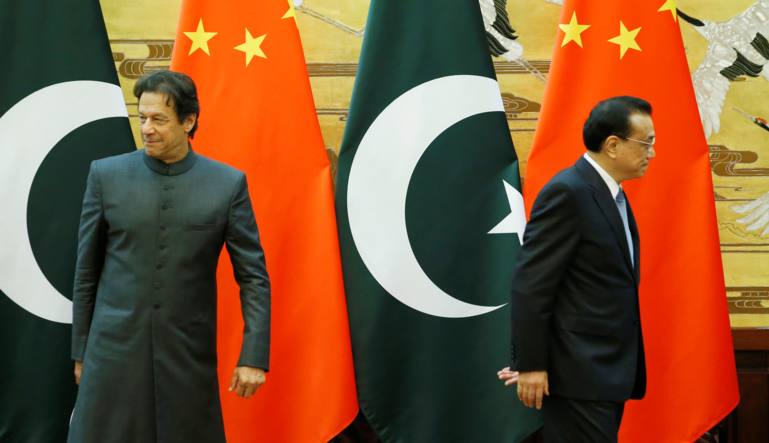 The seriousness of the delay is clear from China's unprecedented reluctance to schedule a JCC meeting. In the past, JCCs were always held in time, and China agreed to Islamabad's requests most of the time. Some experts believe the delay is evidence that CPEC is derailing.

According to Small, there were plenty of announcements about CPEC last year, but actually setting deals in motion was another matter. "The optics do matter to China so I still expect them to figure out terms in the end, and certainly to keep some narrative of continued progress alive," Small told Nikkei. "But that doesn't mean they're willing to agree on something that doesn't make sense for other reasons just to speed things up a little."

Pakistan is currently renegotiating its $6 billion extended fund facility with the International Monetary Fund (IMF), which was suspended in April 2020. The IMF reportedly will only resume the program if Pakistan does not take out any new commercial loans, and that is one of the reasons it is looking for concessions on loans for the ML-1 project. 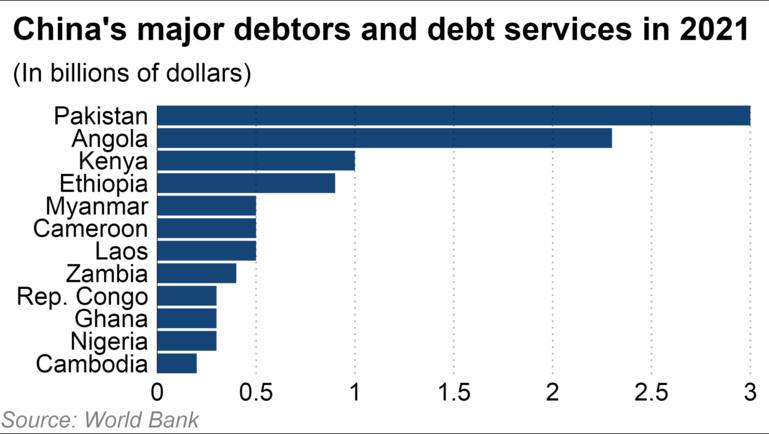 An important long-term implication of this case for other BRI countries could be that China will be more wary of lending to countries that have entered loan agreements with global lenders such as the IMF.

Hasaan Khawar, an Islamabad-based public policy analyst, views the situation from a different perspective. "The back-and-forth with China by Pakistan on the interest rate and additional guarantees for the ML-1 project is a good sign," he told Nikkei. "The Pakistani side is appraising the terms carefully and trying to negotiate a better deal."

The Chinese Embassy in Islamabad did not respond to a request for comment.