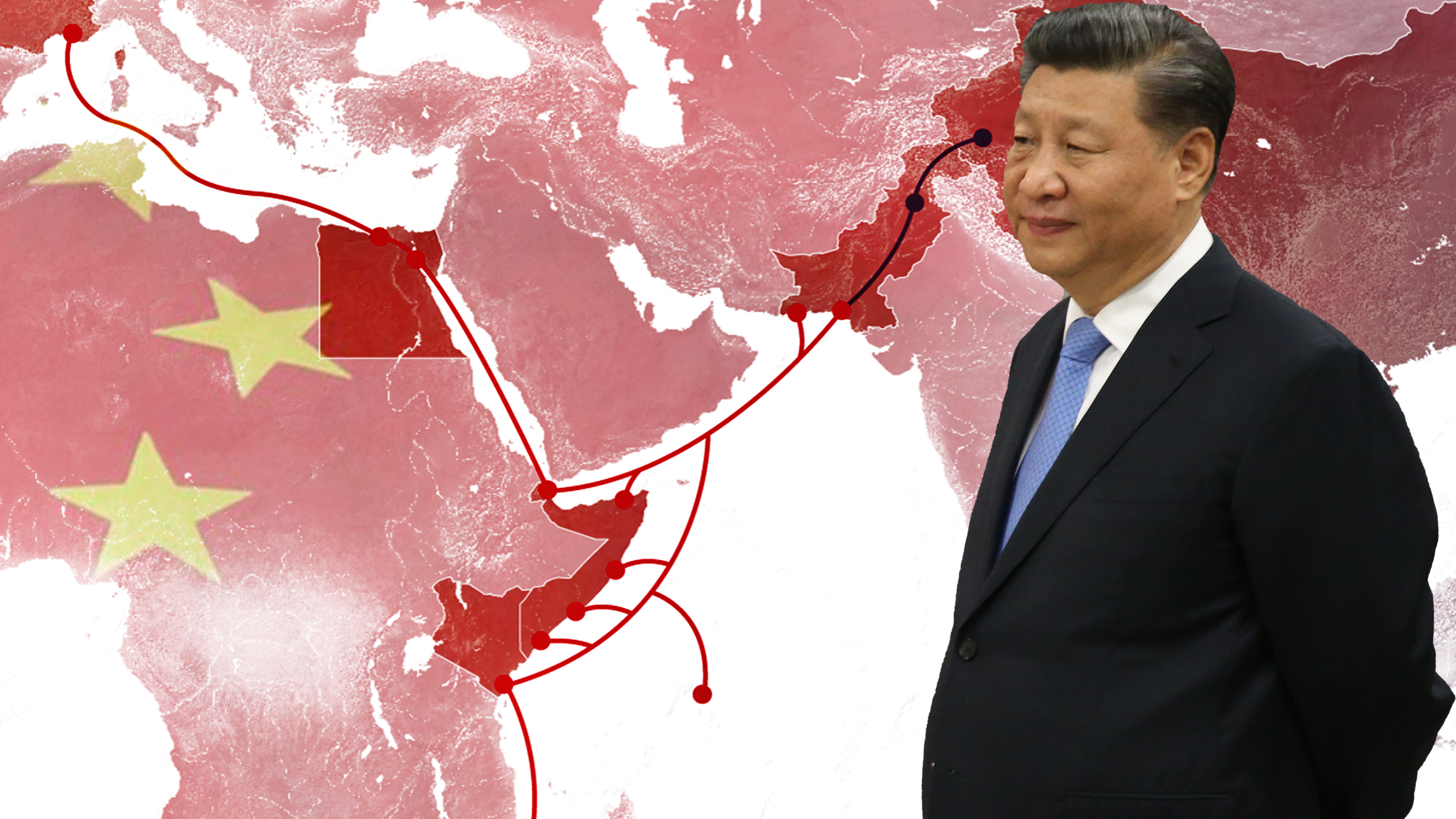 China is set to lay the final leg of a cross-border fiber optic cable in Pakistan, linking to a cable in the Arabian Sea. (Source photo by Getty Images)
MIFRAH HAQ, Contributing writerJanuary 29, 2021 14:09 JST | Pakistan
CopyCopied

KARACHI -- China is set to lay the final stretch of a cross-border fiber optic cable in Pakistan that will create the Digital Silk Road, serving the geostrategic interests of both countries. It will connect to a submarine cable in the Arabian Sea to service countries participating in China's Belt and Road Initiative (BRI) and Europe.

Observers see this as a strategic move to circumvent international telecommunication consortiums dominated by Western and Indian companies.

Some BRI projects have been negatively affected by the coronavirus pandemic and debt crises in partner countries, including a $6.8 billion railway project in Pakistan. Part of Beijing's response has been to step up digital projects and development of communications infrastructure.

The Hengtong Group, one of China's leading fiber optic and power cable makers, is heading a consortium of telecom companies from Africa, Pakistan and Hong Kong to install the Pakistan East Africa Connecting Europe (PEACE) cable in the Indian Ocean and the Mediterranean.

The laying of sea cable in Pakistan's territorial waters will begin in March following government approval this month for Cybernet, a local internet service provider, to construct an Arabian Sea landing station in Karachi, Nikkei Asia has learned.

The Mediterranean section of the cable is already being laid from Egypt to France, and the 15,000 km long cable is expected to go into service later this year. The PEACE cable will provide the shortest direct internet route between participating countries and drastically reduce the time taken to transfer internet data.

Meanwhile, the Special Communications Organization (SCO) -- the telecommunications branch of the Pakistan Army -- is about to lay a fiber optic cable between Rawalpindi and the port cities of Karachi and Gwadar. The $240 million project is in partnership with China's Huawei Technologies, and was approved by the government on Jan 21. It will also connect with the PEACE cable in the Arabian Sea.

The 850 km northern section has been operational since 2018. The fiber optic cable links the Xinjiang Uyghur Autonomous Region in southwest China to Rawalpindi, where the Pakistan Army is headquartered. The $37 million link provides secure communications between China and Pakistan, which have deepened economic and strategic ties in recent years with the $50 billion China-Pakistan Economic Corridor (CPEC), a flagship BRI alliance.

The project will provide Gwadar with fiber optic connectivity for the first time. The deep seaport was built by China, which also runs it. Observers believe Gwadar's limited communications infrastructure contributed to its failure to take off as a regional transit hub. With the help of China, Pakistan is untangling its growing number of communications lines, connecting Xinjiang and Africa with a fiber optic submarine cable.   © Reuters

In recent months, the CPEC Authority -- the supranational body that oversees BRI projects in Pakistan -- has accelerated efforts to improve Gwadar's connectivity with major road and rail upgrades. According to Maroof Ali Shahani, chief operating officer of Cybernet, fiber optic cables will be laid alongside these new links to major national transport routes, connecting the port to the Pakistan's national fiber optic backbone for the first time.

Pakistan is also looking for an alternate link to the internet through China. At present, most Europe-bound internet traffic from China feeds through terrestrial cables traversing Mongolia, Russia and Kazakhstan.

In 2017, Major Gen. Amir Azeem Bajwa, the then director general of SCO, told a parliamentary committee on information technology that much of Pakistan's internet traffic was routed through India. This raised fears that sensitive data was vulnerable to hacking. According to local reports, that was when Bajwa sought approval for an alternative network to service Gwadar that avoided India.

"Heavy investment was required but Pakistan did not have the money to have a dedicated channel," said Shahani, describing how China moved in to provide soft loans, equipment and engineering services. Pakistan is served by seven submarine cables at present, four of which come out of India, according to Telegeography, a Washington-based telecommunications market research company. These cable networks have been developed by consortiums that include telecom companies from India, Egypt and Pakistan.

The PEACE cable is expected to help reduce Pakistan's exposure to internet outages from damaged submarine cables by providing an additional route for internet connectivity.

Eyck Freymann, author of One Belt One Road: Chinese Power Meets the World, told Nikkei that the BRI is evolving to place less emphasis on traditional heavy infrastructure, and more on high-tech cooperation and digital services.

"Beijing wants to dominate the physical infrastructure underlying global communications, particularly the internet," he said. "This will give it an advantage in internationalizing its tech sector and pursuing future tech-related deals with partner countries." "It is a way for Chinese firms to gain greater access to certain foreign markets, at a time when they are increasingly being shut out of building infrastructure like fiber optic cables and 5G technology in North America and parts of Europe," Joshua Kurlantzick, a senior fellow for Southeast Asia at the Washington-based Council on Foreign Relations, told Nikkei.

Kurlantzick said the pandemic and ensuing debt crisis has contributed to the shift in focus from traditional infrastructure projects. "The Digital Silk Road, including this project, is a way of China continuing to show that the BRI will be a major initiative," he said.

For China, building a quick and safe route for internet traffic to Europe through a dedicated cable managed and supervised exclusively by the Chinese is vital.