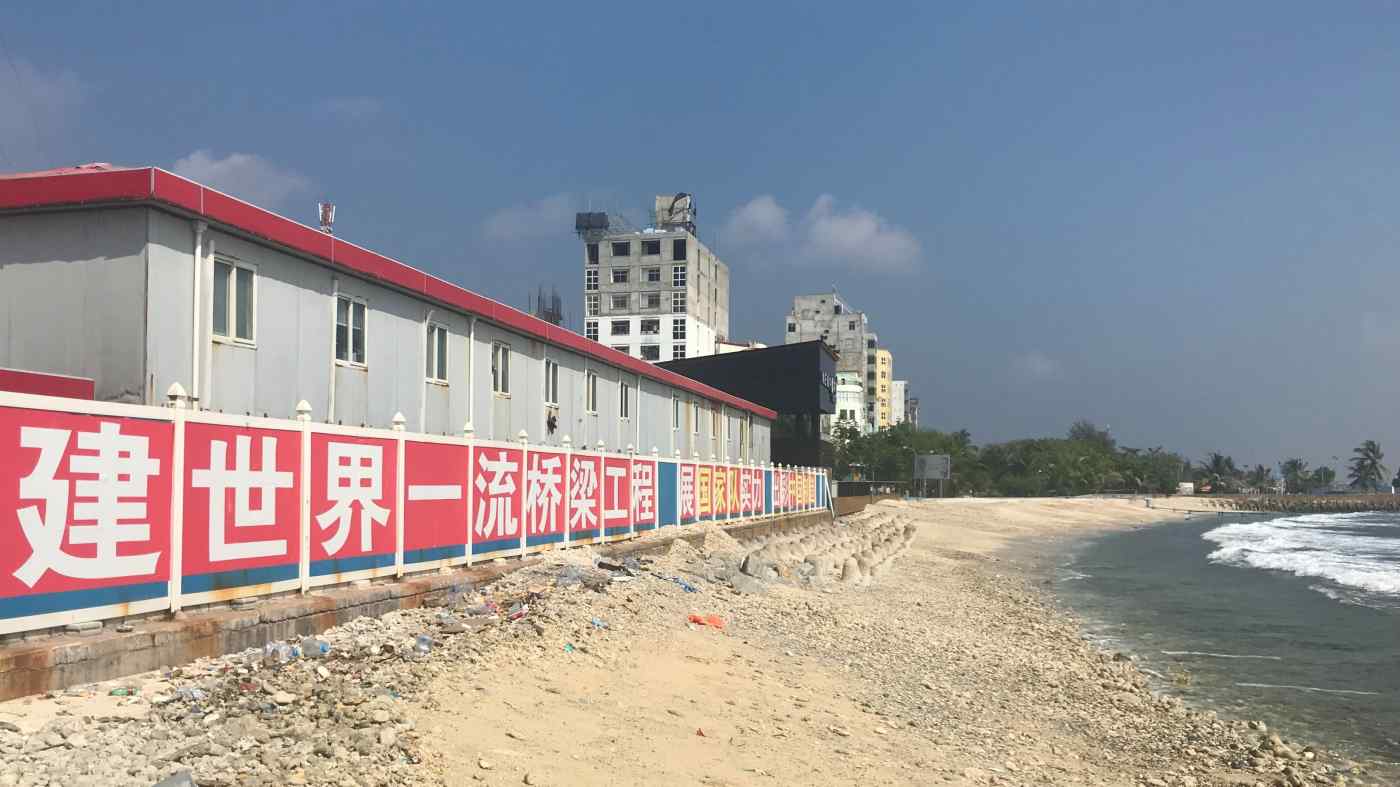 The Maldives has borrowed heavily from China for infrastructure projects, including a bridge connecting the capital Male to the country's international airport on another island.  (Photo by Yuji Kuronuma)
MARWAAN MACAN-MARKAR, Asia regional correspondentSeptember 15, 2020 17:00 JST | Maldives
CopyCopied

COLOMBO -- When Ahmed Siyam, a Maldivian business magnate, rushed to service a $127.5 million loan he had received from the state-owned Export-Import Bank of China, he eased fears in the Indian Ocean archipelago about the Maldives falling into a Chinese debt-trap. But the August repayment reminded many of the risk of carrying billions of dollars in Chinese credit shrouded in secrecy.

China's EXIM Bank had put the Maldivian government on edge in July by issuing a notice to Sun Siyam, as the businessman is better known, to repay $10 million of the loan by early August. Siyam's company, Ahmed Siyam Holdings (ASH), had reportedly failed to come up with the amount at that time.