China displays Pacific ambitions in Great Game with Australia and US 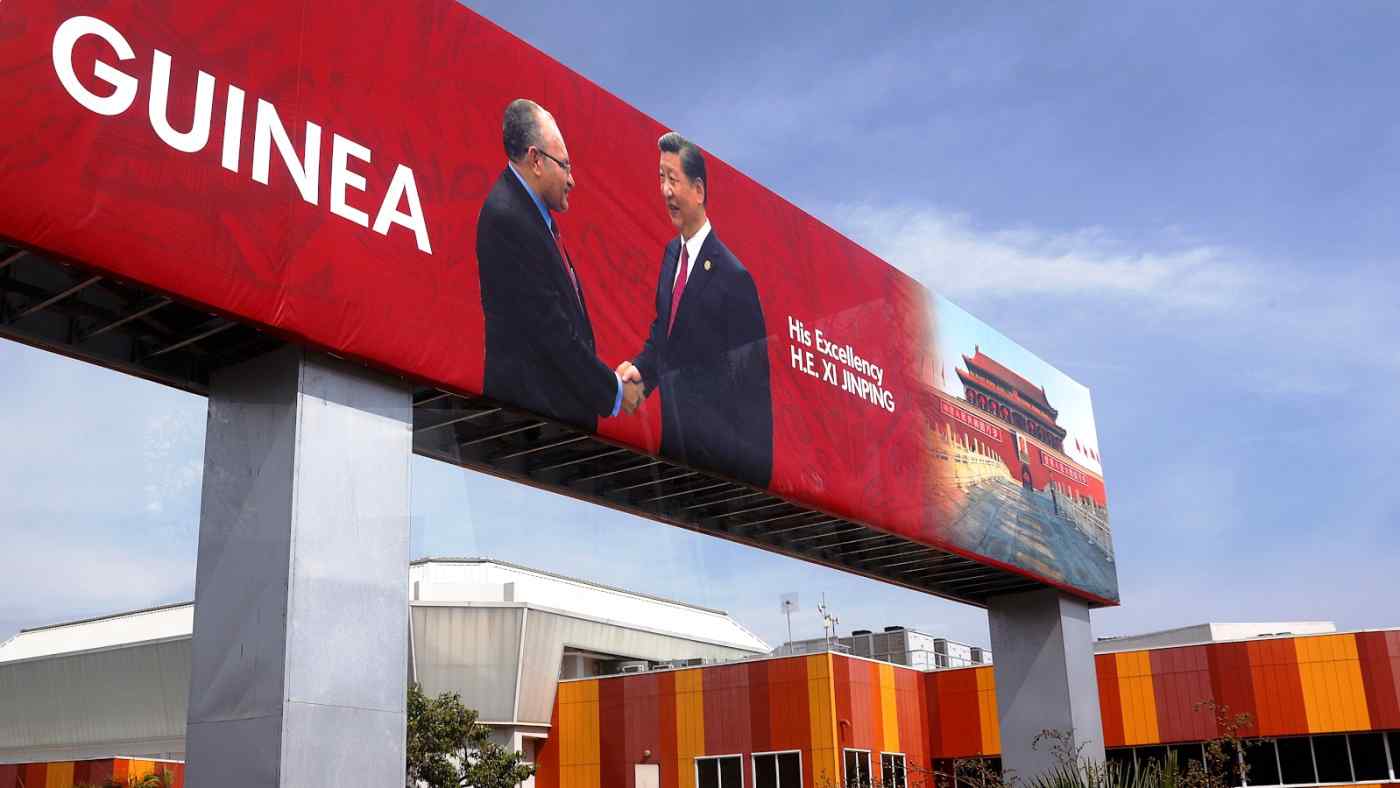 PORT MORESBY -- Leaders from 21 economies are expected to gather in this city for what some are calling the largest event in Papua New Guinea's history. But one particular country is making its presence felt.

The logo of China Construction Bank is the first thing visitors will see when stepping outside Jacksons International Airport. A Chinese arch has been erected at the gate of a luxurious hotel where President Xi Jinping will stay. Outside, red flags lead to a colossal banner welcoming Xi, the South Pacific region's increasingly important benefactor.

Xi arrived in Port Moresby, about 2,700 km north of Sydney, on Thursday evening, two days before leaders of the Asia-Pacific Economic Cooperation countries meet. While APEC organizers insist Xi's early visit is unrelated to the summit, it is hard to ignore Beijing's presence. At a convention center where APEC ministers held a meeting on Thursday is a water fountain with "Chinese Aid" carved on its surface.

"Today, Papua New Guinea is China's largest trading partner in the region, while China is the biggest foreign investor and project contractor in this country," Xi wrote in an op-ed in local newspapers on Wednesday. "The rapid growth of China-Papua New Guinea relations is an epitome of China's overall relations with Pacific island countries."

The showcase is a sign of Xi's ambitions in expanding China's South Pacific footprint through infrastructure investments related to the Belt and Road initiative. The flurry of projects underway in PNG, APEC's smallest member, is an indicator of how China's massive infrastructure push is spreading to every corner of the region.

Xi is scheduled to meet with leaders from the Pacific island countries that have diplomatic ties with Beijing, according to state news agency Xinhua.

To many, China is filling the region's massive infrastructure gap. But critics call the building boom a debt-fueled "trap" designed to expand China's sphere of influence by giving it access to critical facilities like ports. A road from Port Moresby's city hall is decorated with Chinese flags. (Photo by Wataru Suzuki)

China's rising presence is unnerving PNG's largest neighbor, Australia, which is fighting back with its own set of initiatives. The country has chipped in some $100 million to support the summit, including deploying security forces in the city, which is consistently rated as one of the most dangerous in the world.

The U.S. and Japan, Australia's allies, are also in on the Pacific's new Great Game. U.S. Vice President Mike Pence, sitting in for President Donald Trump at the APEC summit, is expected to promote a $60 billion infrastructure financing scheme that the U.S. recently set up. Japanese Prime Minister Shinzo Abe is promoting a "Free and Open Indo-Pacific Strategy" with a target of $10 billion in public and private investment.

Pence is reportedly set to deliver a speech to raise the alarm over China's so-called debt diplomacy. Japan is leading an effort to set new APEC rules on infrastructure development that take into consideration of financial sustainability and transparency.

"I would fully expect diplomacy to take center stage [during the APEC summit]," said Jonathan Pryke, Director of the Pacific Islands Program at the Lowy Institute, a Sydney-based think tank.

While the regional rivalry casts uncertainty on security, it may also accelerate development in vulnerable Pacific island economies dependent on commodities.

PNG is notorious for its high rates of crime and violence, which the World Bank has flagged as "an important obstacle to long-term development." Houses and hotels are surrounded by tall gates. Pence will not stay overnight and instead has chosen to fly in from Cairns in Australia.

For some ordinary citizens of PNG, such rivalry of Pacific powers is an opportunity. Iro Terea, 45, has been jobless for two years now, since an Australia-funded school project where he worked as a logistics officer for five years ended.

"These are huge economies," he said, "and for them to compete is a good thing for the people of Papua New Guinea. In the end, PNG people will be the winner."