China ramps up pressure on Turkey over Uighur policy 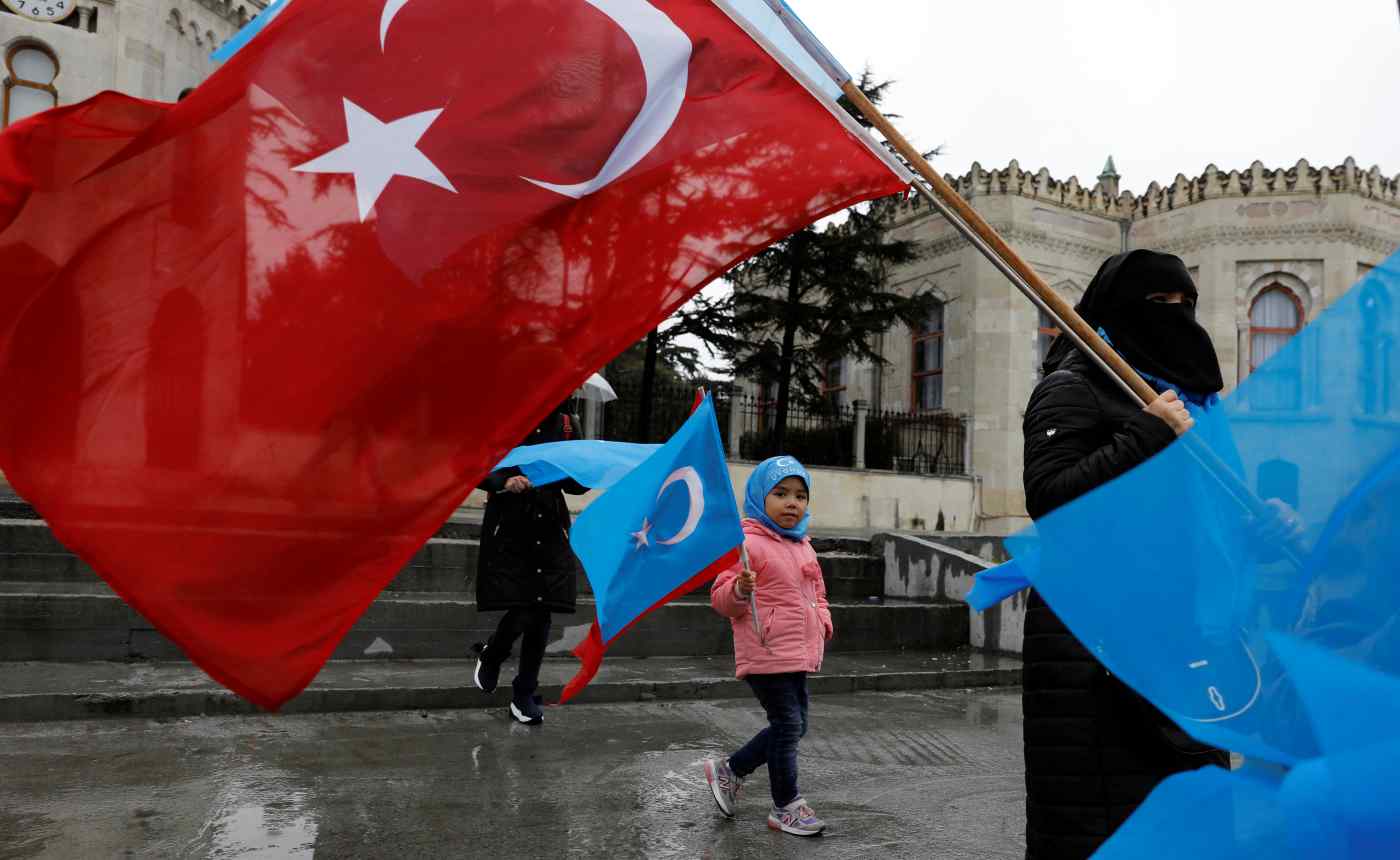 ISTANBUL -- China is pushing back harder against Turkey's disapproval of its treatment of its minority Uighur Muslim population, using economic muscle to stifle criticism.

The tangled relations between the countries come at a critical time for the Turkish government. With its proximity to Europe, the Middle East and Africa, Turkey is a crucial link in China's important Belt and Road Initiative.

China has faced international condemnation in recent months over the internment of an estimated 1 million Uighurs and other Muslim minorities in "re-education camps" in the western autonomous region of Xinjiang. Beijing has denied such accusations, saying that it is working to fight terrorism.

The diplomatic mood between the two sides soured early last month amid unconfirmed reports that celebrated poet and musician Abdurehim Heyit, a member of the Turkic Muslim minority, had died in Chinese custody. The plight of the Uighurs resonates strongly in Turkey, which shares ethnic, religious and linguistic roots with the group.

Turkey's Foreign Ministry issued an unusually strong statement, a move seen as placating domestic political concerns ahead of local elections on March 31. "The reintroduction of internment camps in the 21st century and the policy of systematic assimilation against the Uighur Turks carried out by the authorities of China is a great shame for humanity," it said.

China quickly hit back, releasing a video of Heyit saying that he was being investigated for "allegedly violating national laws," adding: "I am now in good health and have never been abused." Deng Li, China’s ambassador to Turkey, last month warned Ankara that the government was jeopardizing its economic relations with Beijing. “Criticizing your friend publicly everywhere is not a constructive approach,” he told Reuters.   © Reuters

Following those comments, China on Feb. 28 said it was temporarily closing its consulate in Izmir on Turkey's west coast, citing "working efficiency" matters. The next day, China's ambassador to Turkey, Deng Li, warned Ankara that it was jeopardizing its economic relations with Beijing.

"Criticizing your friend publicly everywhere is not a constructive approach," Deng told Reuters. "If you choose a nonconstructive path, it will negatively affect mutual trust and understanding and will be reflected in commercial and economic relations."

A week later, news reports in Turkey said that several Turkish businessmen had been detained in China for their alleged involvement in a tax fraud scheme. Turkey's Ministry of Foreign Affairs told the Nikkei Asian Review that the men remain in custody and it is monitoring the case.

Ankara's relations with Washington hit a low point last year when the U.S. slapped sanctions on Turkey over the jailing of an American pastor. At the peak of the crisis, Turkey's currency plunged and foreign investors dumped Turkish assets, roiling global markets. Turkey eventually released the pastor.

In 2015, Turkey shot down a Russian military aircraft near its border with Syria but issued a written apology after Russia slapped it with economic sanctions, which it gradually lifted.

"China is aware of the cards both Turkey and China are holding in their hands, and it is confident that its own hand is stronger and raising the bet," Dundar said.

Still, he is confident the dispute can be contained, noting that both countries value relations, in which Turkey needs Chinese economic cooperation and China is interested in Turkey's market of 82 million.

Turkish President Recep Tayyip Erdogan has not publicly addressed the issue, and analysts said his government is reluctant to escalate it. That is a marked contrast from 2009, when Erdogan, while serving as prime minister, called Beijing's treatment of Uighurs "tantamount to genocide."

Erdogan's ruling party in December quashed an opposition proposal in parliament for establishing an inquiry commission on the Uighur situation.

Altay Atli, a lecturer at Koc University in Istanbul, said the government has repeatedly made efforts to ensure Beijing that it respects China's territorial integrity, and that terrorism and separatism are major concerns for both countries that need to be dealt with jointly.

Turkey has much at stake economically. The government is negotiating massive infrastructure deals with China, ranging from high-speed railways to nuclear power plants. The Cosco Shipping Danube, a Cosco Group container ship, in the Bosporus in Istanbul. A joint venture that includes the port units of Cosco and China Merchants Group have invested nearly $1 billion for a container terminal in the city.   © Reuters

Turkey also is seeking to integrate its strategic location between Asia and Europe into China's ambitious BRI program. For example, a joint venture that includes the port units of Cosco Group and China Merchants Group have invested nearly $1 billion for a container terminal in Istanbul.

Zou Zhiqiang, associate professor of the Middle East Studies Institute at Shanghai International Studies University and who specializes in Turkish studies, said the friction is not a new problem, as Turkey has previously expressed such "wrong cognition" due to domestic political pressure. But Zou said that Turkey usually reaches out to China in an attempt to repair relations.

"China has made its stance absolutely clear," he said. "It's Turkey's turn to show its willingness to improve relations between the two countries."

If Turkey fails to do so, Zou said, relations could deteriorate further. He noted that China has far more measures to strike back than Turkey does if the dispute continues.

"As we have seen with Turkey, Canada and a number of other states, the Chinese government attempts to bully and intimidate other leaders into doing what it wants, even by arbitrarily detaining innocent Turkish and Canadian citizens," Dolkun Isa, president of the German-based World Uyghur Council, told Nikkei.

"The Chinese government should listen to Turkey's remarks about its treatment of Uighurs and stop committing serious human rights violations, instead of trying to pressure and punish the Turkish government and the Turkish people."