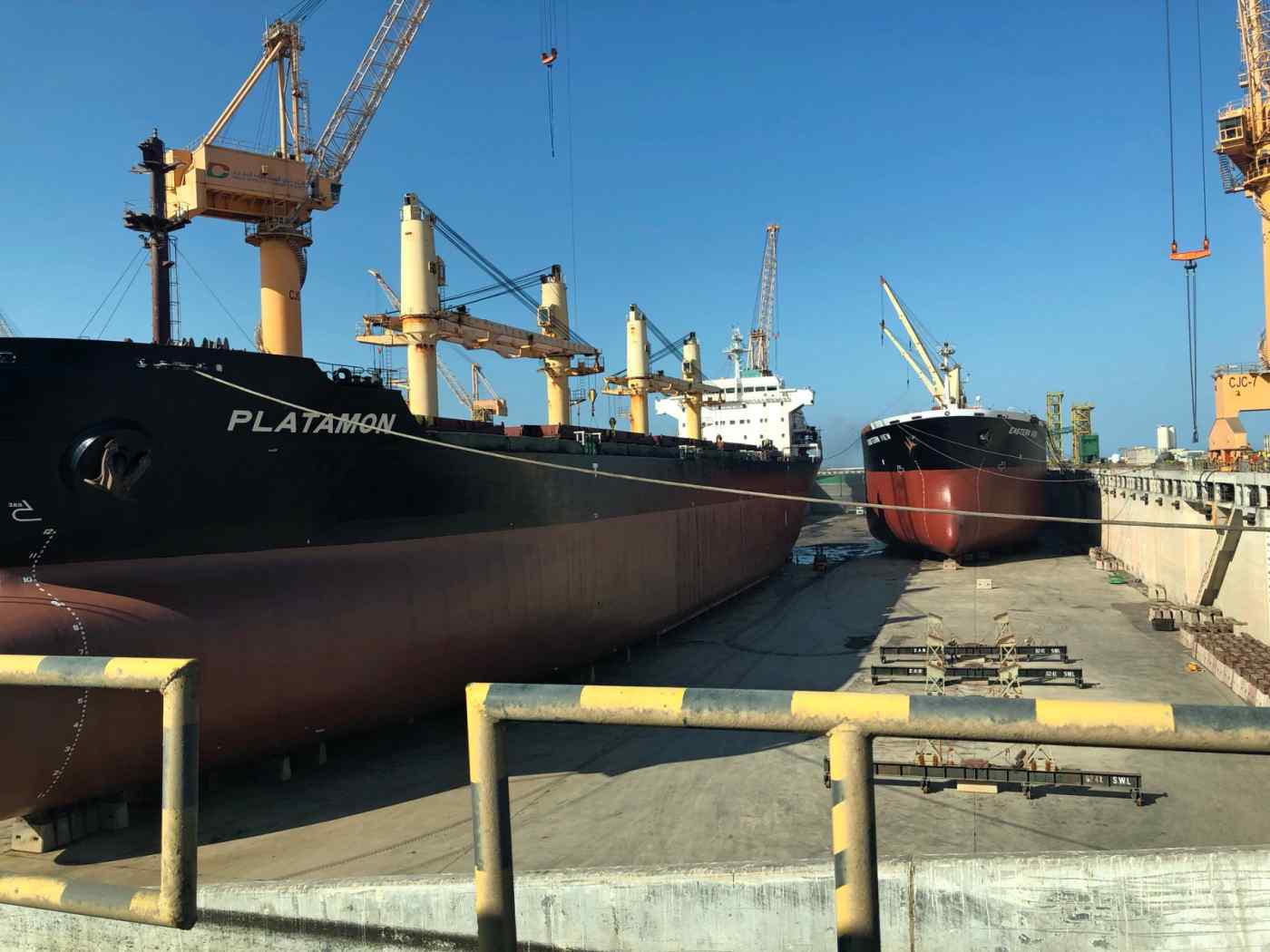 Southern Oman's Duqm is the only port in its area equipped with a dry dock used in repairs of large vessels.
Nikkei staff writersJuly 26, 2018 17:59 JST | China
CopyCopied

DUQM, Oman -- As China sweeps more countries under its influence with its Belt and Road Initiative, questions are increasingly raised about Beijing setting debt traps for regional neighbors that have signed up to its program. Oman and the Maldives are such examples.

Duqm, a port town on the eastern coast of Oman on the Arabian Sea, is a supplies and refueling base for U.S., British and Japanese navies. Early May, a Japanese destroyer arrived at Duqm for a joint goodwill exercise with the local navy as well as to stock up on supplies, after completing a counterpiracy mission in the sea off Somalia.