QUETTA, Pakistan -- A marriage-broker scandal in Pakistan is testing its relations with Beijing at a time when concerns over billions of dollars of Chinese investment in its neighbor is creating a negative backlash toward China.

Chinese men, with the help of collaborators in Pakistan, have married young Pakistani women after making cash payments to their families and brought them to China. There also are unconfirmed claims that some women were forced into prostitution or used for organ harvesting.

The scheme, targeting vulnerable and disadvantaged Pakistani women, illustrates how some illegal operators on both sides of the border are taking advantage of the vast number of Chinese workers pouring into Pakistan for the $62 billion China-Pakistan Economic Corridor, or CPEC, a flagship project in Beijing's Belt and Road Initiative.

Alarm over Pakistan's rising debts to China and complaints by local Pakistani officials that their cities are not benefiting from the massive Chinese investment have pressured the countries' bilateral ties in recent months.

Interviews by the Nikkei Asian Review with sources familiar with the matter reveal that the practice of men from China paying to marry Pakistani women has continued for the past couple of years. Multiple sources also said some women were forced into prostitution.

Two months ago, Pakistani immigration officials arrested a Chinese man forcibly taking a woman, who claimed to be his wife, from Islamabad's airport to China.

After marrying, the women were mistreated in Pakistan while their husbands awaited completion of necessary documents related to the weddings, the sources said, adding that once the women were taken into China, contact with them was lost. Figures on the number of brides brought to China by the scheme are unavailable.

The men paid 400,000 rupees ($2,820) to each of the women's families, who were also promised 40,000 rupees in monthly payments and a Chinese visa to a male relative of the bride, ARY News reported. Some of the women entered into forced marriages, and one contacted the broadcaster, which led to the expose.

Local collaborators of the racket are Pakistanis who had established illegal marriage bureaus, which advertised that Chinese men are in need of Pakistani brides and would provide them with a bright future. Similarly, reports of Vietnamese women being abducted for marriage and taken to China have circulated for years.

Malik Siraj Akbar, a Washington-based journalist and analyst, said that so far "all the cooperation [between Pakistan and China] has been solely seen from the lens of trade and economics without looking at other avenues where criminals could take advantage of the CPEC hype, which has made movement between people from both countries easier."

He predicted that the reports of the illegal marriage racket in Pakistan will soon be termed as "fake news" and an effort to alienate Pakistanis against China.

Religious leaders in Pakistan's Christian community have come forward after the frequency of the marriages increased. Rev. I.B. Rocky, who is associated with St. Phillip's Church in Lahore, told Nikkei that his church has held many awareness sessions to tell people not to marry off their daughters to Chinese men in exchange for money.

"Certain Chinese people come to Pakistan under the guise of CPEC [and] marry Christian women after payment of money and then exploit them," Rev. Rocky said, adding that because of clerics' work, Christian families are no longer victim to illegal matchmaking.

Operators of the scheme then turned their focus to Muslim women in the same manner. But according to Islamic rules, Muslim women can only marry Muslim men, leading Chinese men to produce certificates of Islamic conversion in order to wed. However, during the ARY News raid, the men could not prove their religious conversion.

Local operators have told the parents of Muslim women that Chinese men are willing to pay large sums to marry in order to obtain Pakistani nationality, but the Pakistan Citizenship Act of 1951 bars granting citizenship to a foreign man who marries a Pakistani woman.

Tariq Sardar, an official at Pakistan's Ministry of Interior, told local media that private marriage bureaus were involved in the fraudulent marriages, adding that Pakistan is in contact with China about the issue.

Shunila Ruth, a member of the National Assembly from the ruling Pakistan Tehreek-e-Insaf party and a member of the standing committee on human rights, has claimed that Pakistani women taken to China after marriage were used for organ harvesting, a charge that Beijing denies.

The Chinese embassy in Pakistan issued a statement on April 13 conceding that while some unlawful matchmaking centers earned illegal profits from brokering cross-national marriages by victimizing Pakistani and Chinese youths, it termed the reports of organ sales as "misleading and groundless."

The embassy added that Chinese laws and regulations prohibit cross-national matchmaking centers, and that China is cooperating with Pakistani authorities to crack down on the illegal establishments. Chinese ambassadors in Pakistan previously have publicly celebrated cross-border marriages of Pakistani women with Chinese men and promoted them on social media.

An article in China's Global Times this week reported that Chinese authorities raided two matchmaking centers in Shandong Province, which were involved in illegal marriages in Pakistan.

The report also quoted a Chinese marriage broker who said it was difficult for local men to find wives because of China's gender imbalance, a result stemming largely from a preference for male children during the country's one-child policy, which was relaxed in 2015. 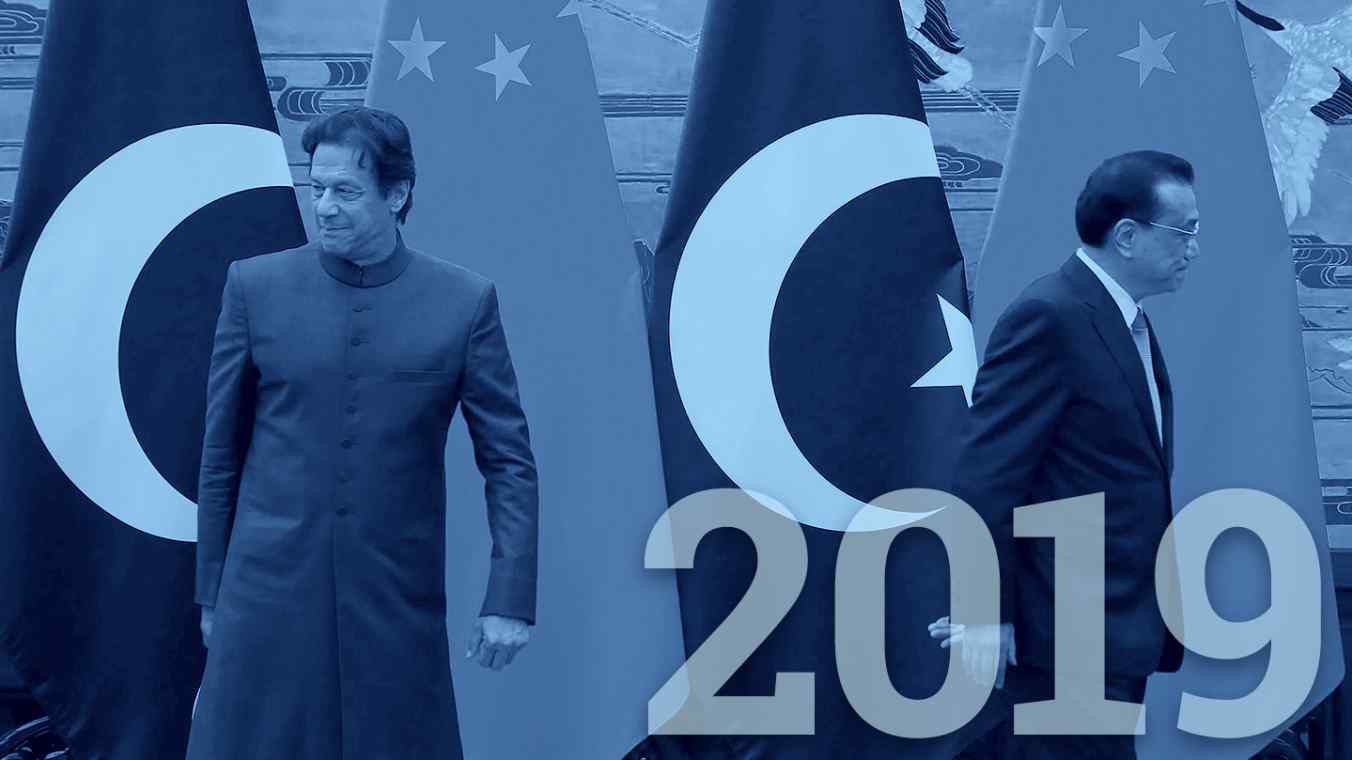 Pakistan distances itself from China's Belt and Road

Philip Dubow, a Lisbon-based researcher focusing on crimes associated with the BRI and who previously was affiliated with the United Nations Interregional Crime and Justice Research Institute, told Nikkei that "although the Pakistani expose shines a much-needed spotlight on this long-ignored dilemma [of matchmaking], the accusations of forced prostitution and organ harvesting, although possible, seem rather sensational."

He added that "at the moment we can be reasonably sure that the marriages in question were fraudulent, due to their incompatibility with local laws."

Dubow said the matter needs to be further investigated. "Beijing and Islamabad must cooperate with one another in order to stop human traffickers and exploitive matchmakers alike from using the [Belt and Road Initiative] to further prey upon vulnerable populations."