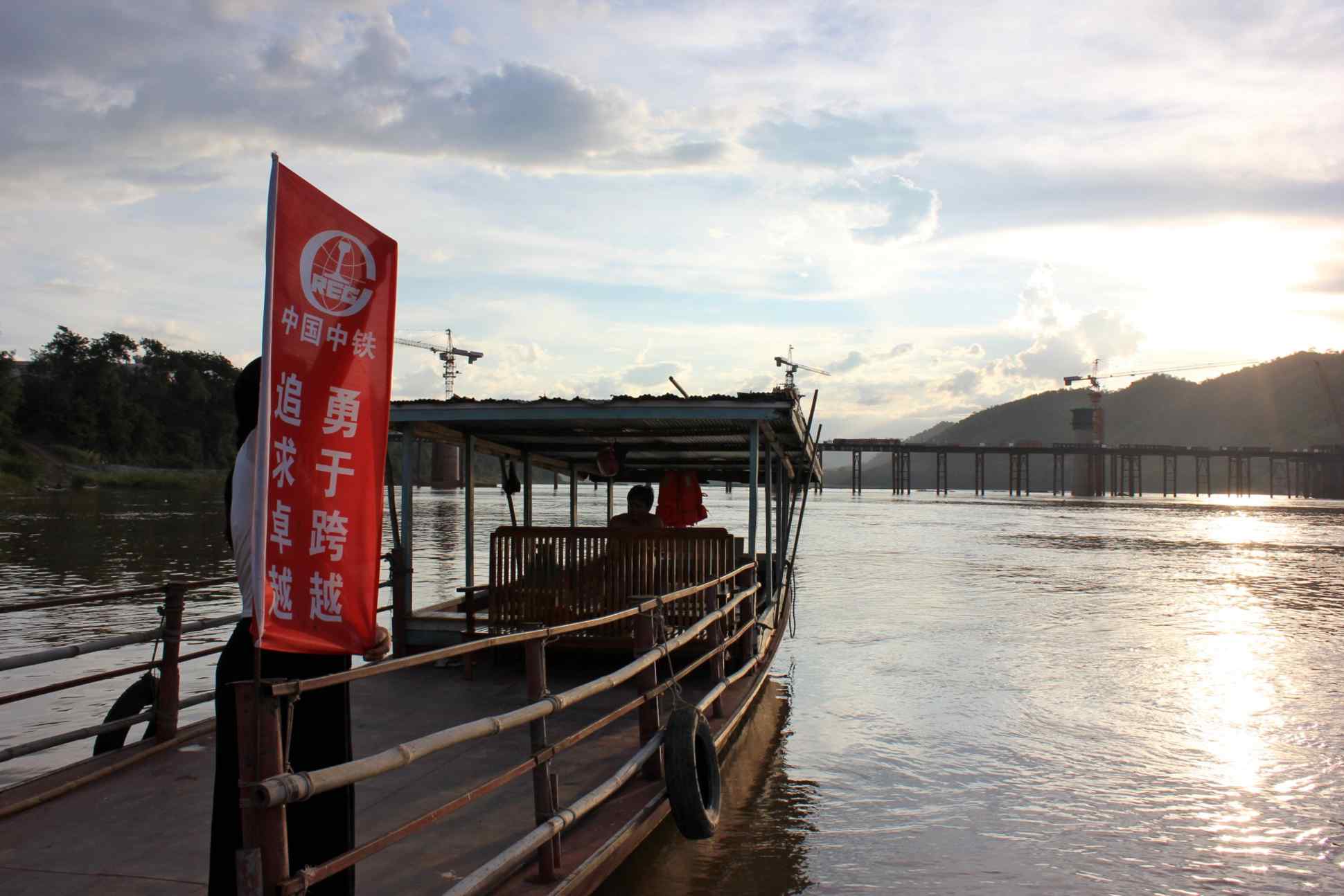 The flag of a Chinese government-owned company flutters on a ferryboat in Laos near the construction site of a high-speed railway project.
Belt and Road

PHNOM PENH -- About 15 km north of the center of Cambodian capital Phnom Penh a huge stadium is under construction in a sparsely-populated area punctuated with vacant lots. Attempts to photograph construction workers -- who look like they could be Chinese -- are shut down by a security guard, who says it is the prime minister's project and warns of potential arrest.

The $157 million, 55,000-seater stadium is the main facility in the Cambodia-China Friendship City, construction on which began in late 2016. Around the stadium, housing and commercial facilities, a golf course and a safari park will also be built, with China footing the bill for all the work.