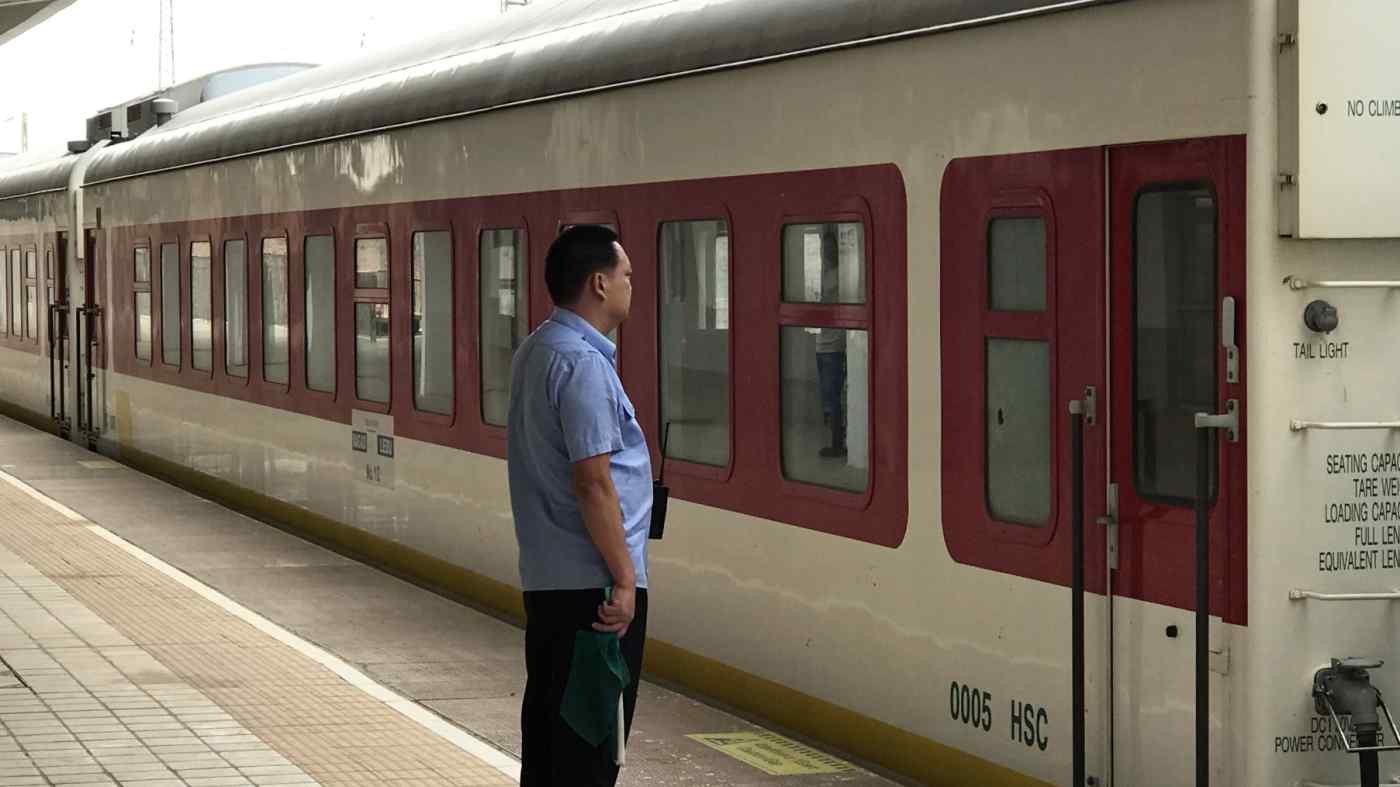 Nagad Station, the terminus at the Djibouti end of a railway that snakes 750 km to a suburb of Addis Ababa, the capital of Ethiopia, is staffed by Chinese. (Photo by Masanori Tobita)
MASANORI TOBITA, Nikkei staff writerApril 26, 2020 15:22 JST | Africa
CopyCopied

DJIBOUTI -- Infrastructure projects financed by Chinese capital are gathering steam in Djibouti, causing concern in Washington that the tiny East African nation is falling into a debt trap that will allow Beijing to reinforce its influence on the continent. With the coronavirus spreading in the Horn of Africa, its fiscal burden may further increase.

According to Johns Hopkins University, Djibouti has 1008 cases of coronavirus so far, increasing from a mere 30 a month ago. Due to the rising number of cases in the country, the US military based in Djibouti declared a public health emergency on Apr. 23.

Djibouti stands on the western end of the Gulf of Aden and at the southern gateway to the Red Sea, at the other end of which is the Suez Canal. The nation looks out at a busy international shipping lane through which 20,000 vessels pass every year, and its geography has won Djibouti much global attention, with troops from multiple countries including the U.S., China and Japan stationed there to combat piracy.

Among them, China is eager to promote road and port construction in Djibouti, positioning it as a linchpin of its Belt and Road Initiative.

One project is the Djibouti International Free Trade Zone, a $3.5 billion project undertaken by China in cooperation with the Djiboutian government. The entrace to the zone has a huge yellow gate and flies the Chinese flag.

The Doraleh Container Terminal, disputed between the Djiboutian government and Dubai-based port operator DP World, lies within the DIFTZ. China and Ethiopia are two of the countries that have big plans for the Doraleh Container Terminal, which has a strategic location on the Horn of Africa. (Photo by Masanori Tobita)

DP World signed a contract in 2004 to operate the Doraleh Container Terminal for 25 years. In January 2018, Djibouti suddenly annulled the deal, nationalized the terminal and transferred a stake of more than 20% to China Merchant Holdings. Djibouti is also believed to have granted China Merchants Holding rights to operate the Doraleh Container Terminal in exchange for investments and loans from China.

DP World brought the case to the London Court of International Arbitration, which in January ruled that Djibouti must return the rights to DP World. But Djibouti has refused to comply, and the dispute is expected to go unresolved for a long time to come.

There is even more intrigue: The DIFTZ also hosts a Chinese military base. The Bridge and Road Initiative, publicly touted as a global Silk Road for modern-day trade, is also laying foundations for China's military ambitions.

And for a military with global aspirations, there is no better guardhouse than Djibouti.

In 2016, a new railway was completed that spans 750 km and connects the DIFTZ to a suburb of Addis Ababa, the capital of Ethiopia, in 13 hours. The $4 billion project was financed mostly by China. While the railway currently carries passengers, in the future it is expected to add full-scale cargo runs.

Landlocked Ethiopia plans to use Djibouti as a trading port in an attempt to attract manufacturers from abroad. If Ethiopia realizes this goal, Djibouti would gain prominence as a strategic hub.

At Nagad Station, the railway's terminus at the Djibouti end, Chinese sell tickets while a monitor displays information in English and Chinese. The clock on the wall is a Chinese brand, Polaris (Beijixing), and gives the station a Chinese ambience.

Outside, on the front of the big chalky station building, a Chinese flag is displayed between the Djiboutian and Ethiopian flags.

After trains leave Nagad Station, with Chinese and Djiboutian station employees waving goodby to the passengers, they snake through a wild land of sand and rocks. The conductor, who walks back and forth on the train, is Chinese.

The railway is "convenient because we can go to Ethiopia cheaper than flying," a female Djiboutian dentist said.

Noting that Djibouti is an important node in China's BRI, Niu Zengxiang, a Djibouti-based top official of China Civil Engineering Construction, said, "This railway will become the point of origin to freight goods across Africa."

In the company's Djibouti office, young Chinese in their 20s and 30s walk back and forth, and hold heated discussions in the conference room, creating an atmosphere not dissimilar to that of a startup. Did Beijing send these young prospects to this geo-strategic point to learn railway operations as they train to be future leaders?

China is not the only global power with a military base in Djibouti. American armed forces are also there, and the U.S. is growing nervous about China's bridge-and-roading into the region.

While China helps to build railroads and improve other pieces of infrastructure, Djibouti's debt to China has reportedly increased to more than 70% of its gross domestic product.

Furthermore, the coronavirus pandemic may have a negative impact on Djibouti's budget, bringing about the need to increase spending on health care and employment. On April 2, the World Bank approved $5 million in credit to the cash-strapped country to respond to the epidemic.

In 2017, Sri Lanka, also heavily indebted to China, ended up leasing a seaport to a Chinese company for 99 years.

Djibouti may be the next domino to fall to China's influence.