China will be pleased, but may not offer more than sympathy over disputed land

QUETTA, Pakistan -- The government of Pakistan has announced plans to set up a body to expedite projects under China's Belt and Road Initiative.

The move is seen as part of an effort by Pakistan to enlist China's support over Kashmir, a territory split between Pakistan and India over which the two countries have tussled for decades.

On Aug. 8, Pakistan's National Development Council approved the formation of the China- Pakistan Economic Corridor (CPEC) Authority, which will be charged with fast-tracking Belt and Road projects.

In a statement, the Ministry of Planning, Development and Reform said: "The CPEC Authority will institutionalize and take forward the cooperation on CPEC. [The authority] will be instrumental in efforts for the development and implementation of future CPEC plans."

The government also approved the framework of the Gwadar Special Economic District and the formation of the National Coastal Development Authority, which will build tourist resorts near Gwadar. The port in Gwadar city is operated by a Chinese company and is the centerpiece of the economic corridor project.

The announcements are a sudden policy reversal: Over the past year, the government has cut funding for CPEC projects and ministers have spoken publicly about the need to review all such projects.

Experts see Pakistan's embrace of Belt and Road projects as tied to Kashmir. This decision comes just a few days after India revoked the semiautonomous status of its portion of Kashmir. Pakistan is counting on Beijing to press India over the issue.

"If there is an escalation due to the Kashmir issue, then it can affect investment climate in Pakistan, which will negatively affect Belt and Road," said James M. Dorsey, senior fellow at the S. Rajaratnam School of International Studies in Singapore. Dorsey added that this is the main reason China has expressed opposition to India's latest move in Kashmir. 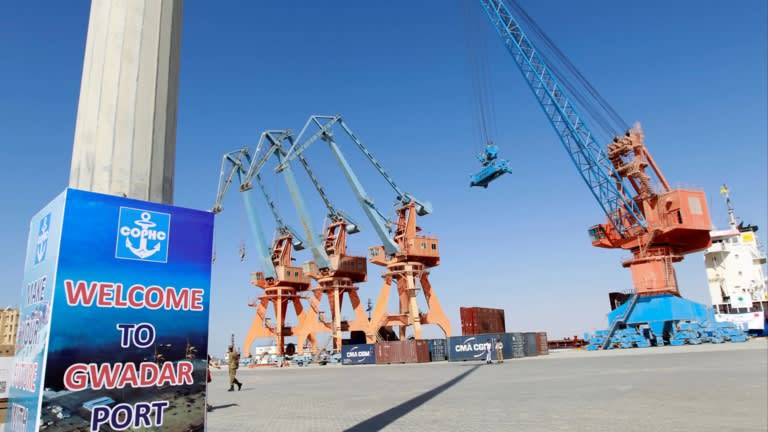 Krzysztof Iwanek, Head of the Asia Research Center at the War Studies University in Warsaw, believes that Islamabad will need Beijing's assistance in its struggle with India over Kashmir. But he added that there are no major CPEC-related infrastructure projects underway in Kashmir at the moment. Iwanek said India's actions in the disputed territory do not pose a direct threat to the economic corridor.

The question is whether Pakistan's change of heart on CPEC projects will help it win China's support.

Michael Kugelman, deputy director of the Asia program at the Wilson Center in Washington believes Pakistan does not need to play the CPEC card to get China's backing on Kashmir. "Pakistan and China are both already unhappy because India has unilaterally changed the territorial status of land that is claimed by each country."

Kugelman said one major geopolitical consequence of the repeal of Article 370 of India's constitution, which granted the state of Jammu and Kashmir special status, is that China and Pakistan will become even closer partners.

The U.N. Security Council took up developments in Kashimir on Friday, after China called for a meeting. This shows that Pakistan's shift over CPEC may already be paying off. But it remains to be seen whether China can give Pakistan more leverage over Kashmir.

Dorsey believes that China will not be able to offer much to Pakistan on its own. " It all depends on the role of the U.S. government, and without its blessing China can't be of much help to Pakistan," he said.