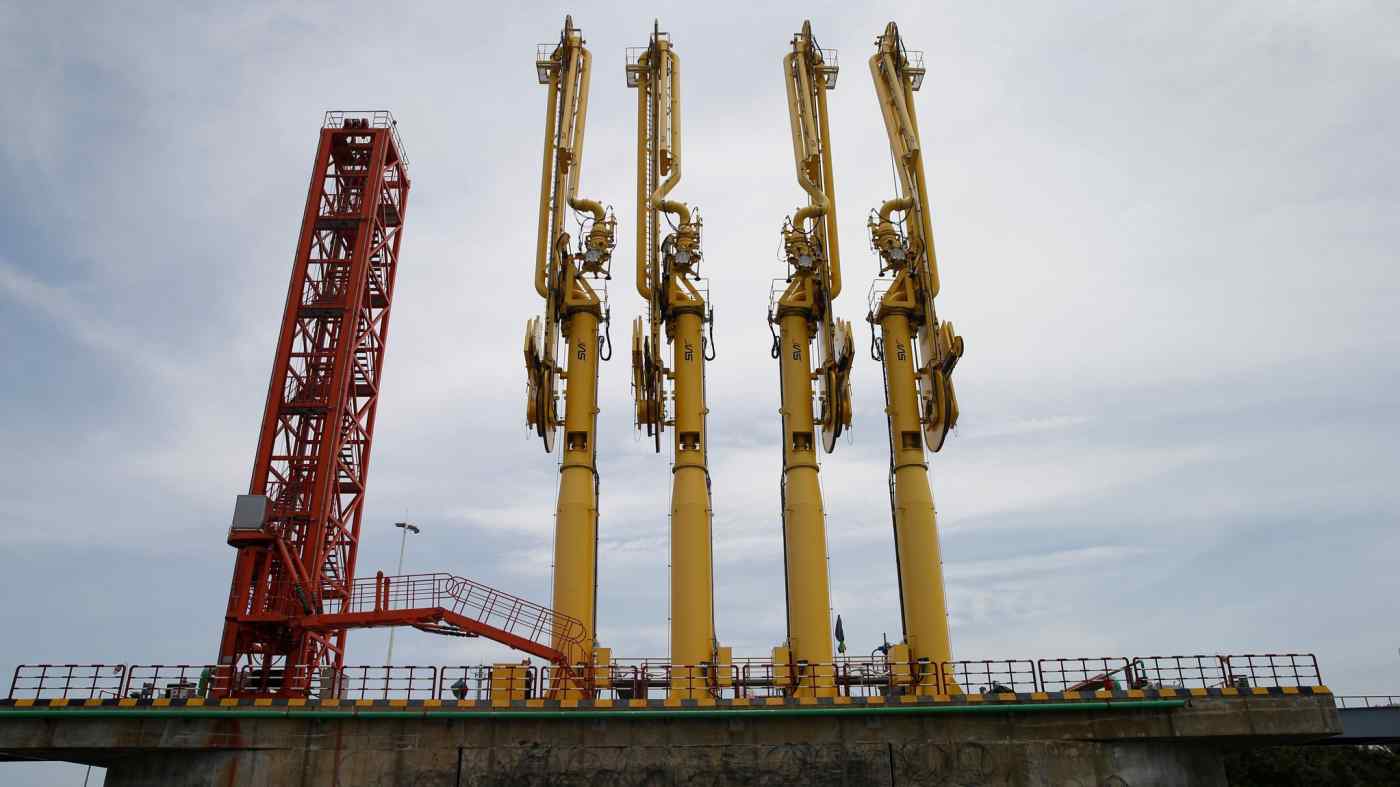 A port terminal outside Kyaukpyu in western Myanmar. The development will be built in stages corresponding with demand to guard against overinvestment.    © Reuters
YUICHI NITTA, Nikkei staff writerSeptember 28, 2018 13:24 JST | Myanmar, Cambodia, Laos
CopyCopied

YANGON -- Myanmar has agreed to scale down a Chinese-led port project in the western state of Rakhine, slashing the initial price tag to $1.3 billion from $7.2 billion over concerns about excessive debt.

The development is located in the special economic zone of Kyaukpyu, a natural harbor facing the Indian Ocean that is suited for large ships. They already have oil pipelines running to China and a port capable of docking 300,000-ton tankers.

"Myanmar has been highly successful in re-negotiating the Kyaukpyu deep-sea port," said Sean Turnell, an economic advisor to State Counsellor Aung San Suu Kyi. "Myanmar's model of dealing with Kyaukpyu could be replicated by other countries as well."

Myanmar was able to reduce its financial burden while saving face for China, which intends to make the zone a key point in its Belt and Road Initiative. Construction will be completed in four stages as originally planned but will not proceed to the next phase until certain demand conditions are met, said a high-level Myanmar official.

In the first stage, worth roughly $1.3 billion, one wharf capable of mooring two to three ships will be built. The original plan called for two wharves for more than 10 ships. Additional investment will be made to expand the port if usage and profits are strong. A framework setting up such targets will be agreed upon this year.

Both countries will invest in the project. A Chinese consortium led by state investment company Citic Group will take a 70% stake, while the Myanmar government and 42 domestic companies hold the rest. Citic is also leading a separate group that will develop an industrial park within the special zone, investing $2.7 billion for a 51% stake. 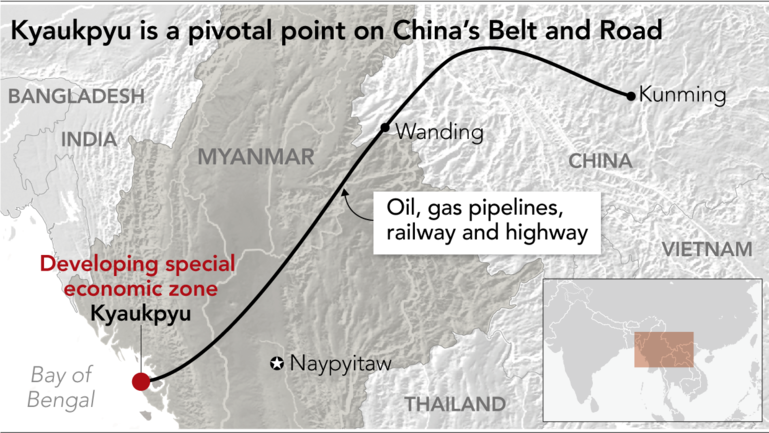 Myanmar decided to renegotiate the deal after viewing the situation in Sri Lanka, which recently handed over the operating rights to a Chinese-funded port for 99 years after it had trouble paying back the loans.

Most of Myanmar's capital for development comes from China. "It is possible that we will have to cede some ownership to China if our business slows and we are unable to repay our debts," a representative of a local company said.

The Myanmar government won concessions by negotiating aggressively, as anxiety spreads in Beijing due to growing suspicion toward Belt and Road projects among participating countries.

The compromise also has benefits for China. The success of recent talks could make Myanmar more amenable to Belt and Road projects in the future. Myanmar's Planning and Finance Minister Soe Win signed a memorandum of understanding on Sept. 9 in Beijing for the China-Myanmar Economic Corridor, a comprehensive framework covering projects in 12 fields, such as transport, power and border trade.

"There is flexibility on the both sides to make it work," another person who has been involved in the negotiation told Nikkei Asian Review. "Now the atmosphere between the parties is very constructive."