Japan and India vie with China in construction race, but debt fears mount 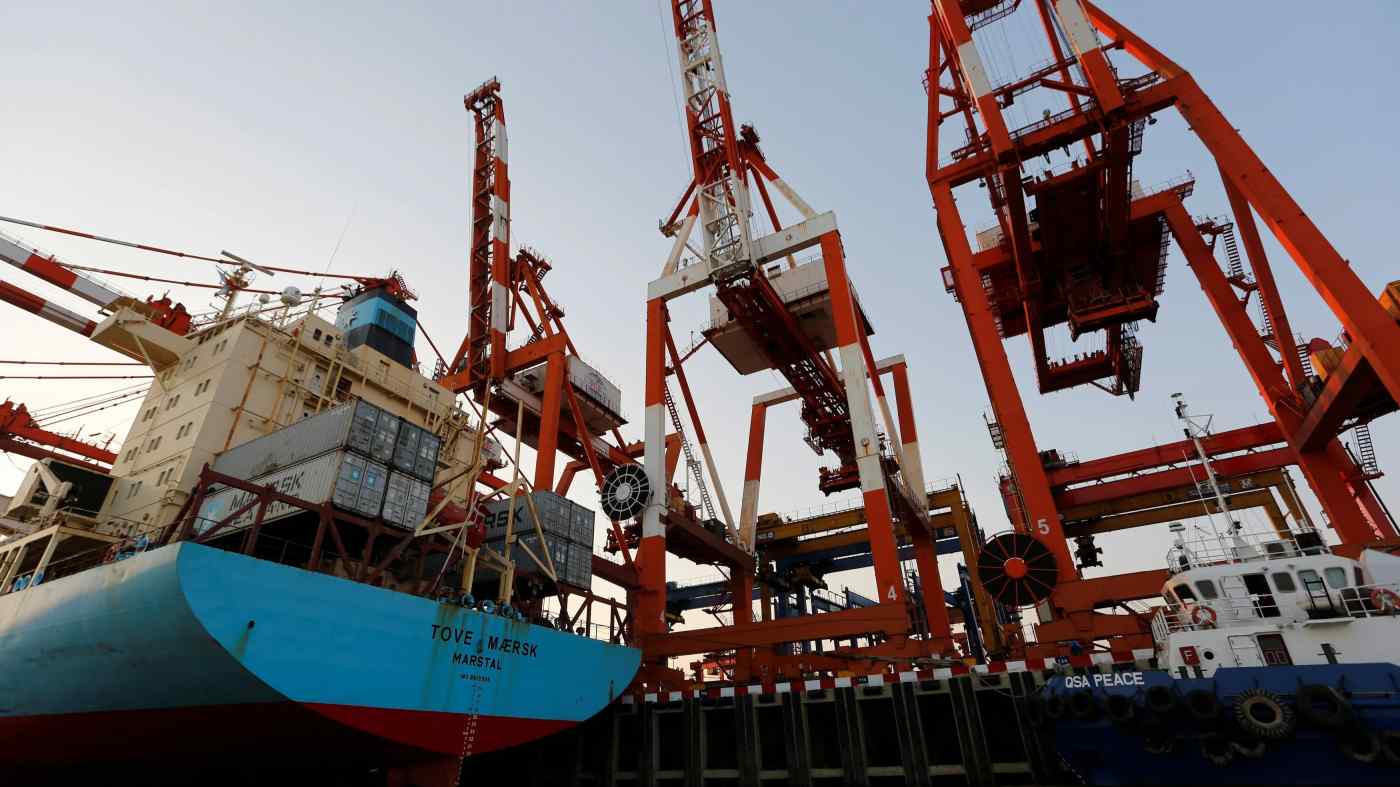 YANGON -- Asia's biggest economies of China, Japan and India are aggressively backing new port projects in Myanmar, seeking to gain a foothold on the coastline of the geographically prized nation.

Especially eager to expand its presence has been Japan.

The facility is capable of handling 240,000 20-foot containers a year. Much of the construction was funded through a 23 billion yen ($212 million) loan and there is already talk of further expansion.

As Myanmar's economy grows rapidly, the combined capacity of the Thilawa and Yangon ports has doubled in five years to an annual 1.03 million containers in fiscal 2017. But both are located upriver and cannot accommodate large cargo ships. They are expected to fall behind demand by 2030.

The government-backed Japan International Cooperation Agency this year will start exploring locations to build a completely new port that can serve bigger ships. Candidate locations include Mawlamyine, the westernmost point on an economic corridor through Vietnam, and the mouth of the Yangon River.

Japan is installing a container crane at a port in Mandalay through a development grant.

Such projects are in part an effort to catch up with China, which has a head start in Myanmar infrastructure projects. China's state-run Citic group signed a contract with the Myanmar government last November to develop a port in Kyaukphyu. "We will create 100,000 jobs," Citic Chairman Chang Zhenming said at the signing ceremony.

The Indian Ocean port can accommodate large oil tankers from the Middle East, and is linked to oil and gas pipelines to inland China. Beijing considers the port to be a strategic alternative to routes through the Malacca Strait, where other countries have more say.

Mandalay lies at the midpoint between Kyaukphyu and Myanmar's border with China. Japan wants to make its own mark in the Southeast Asian country's central regions, where more Chinese companies are expanding.

India is making moves into Myanmar as well. It aided the construction of port facilities in Sittwe, Rakhine State, and the bidding process for their operator began in May. The country is concerned by China's expansion into the Indian Ocean, and is trying to curb its geopolitical rival.

India also wants to strengthen its logistics links to Southeast Asia. The government is working to bolster India's ties to the region through its Act East policy, and sees Sittwe as a foothold to establish a shipping route straight to their bilateral border.

In May, Indian conglomerate Adani Group announced that it will build a new container terminal at the port of Yangon, with both public and private-sector players involved.

Myanmar is taking advantage of these rivalries in order to draw more interest and assistance from abroad. But it is also concerned that it could fall into a debt trap, and be forced to hand over key infrastructure to creditors like China to repay loans. It cut down the Kyaukphyu project to one-sixth the size of China's original proposal.

The projects are not without risks for outside players either. Rakhine State, where both Kyaukphyu and Sittwe are located, has faced ethnic strife over the Rohingya Muslim minority in recent years.