Pakistan Belt and Road chief under pressure to resign KARACHI -- Asim Saleem Bajwa, the retired general who heads the powerful China-Pakistan Economic Corridor (CPEC) Authority -- the government agency that oversees China's Belt and Road Initiative (BRI) projects in Pakistan -- has come under pressure to resign after allegations of corruption in his family busineses surfaced.

According to an expose last month in Fact Focus, a Pakistani online news portal, growth of the Bajwa family's business interests tracked his military career. The story alleged that Bajwa, who is also special assistant to Prime Minister Imran Khan for information and broadcasting, used his influence to help his family amass huge wealth.

The story kicked off a firestorm on social media, with demands for Bajwa's resignation and further investigation. It fueled particular discontent among Pakistanis not benefiting from CPEC projects. Maryam Nawaz, a leading opposition figure, also called on Bajwa to respond to the allegations.

The CPEC Authority was set up in October to centralize the affairs of CPEC, China's $50 billion BRI component in Pakistan, and to knock down bureaucratic hurdles obstructing timely project completions.

Feeling the heat, Bajwa announced his resignation as special assistant to the prime minister, but hung on as chairman of the CPEC Authority.

Khan rejected the resignation, and suffered a barrage of criticism -- not least because a major plank in his election campaign was accountability. He is now being accused of reneging on election promises. 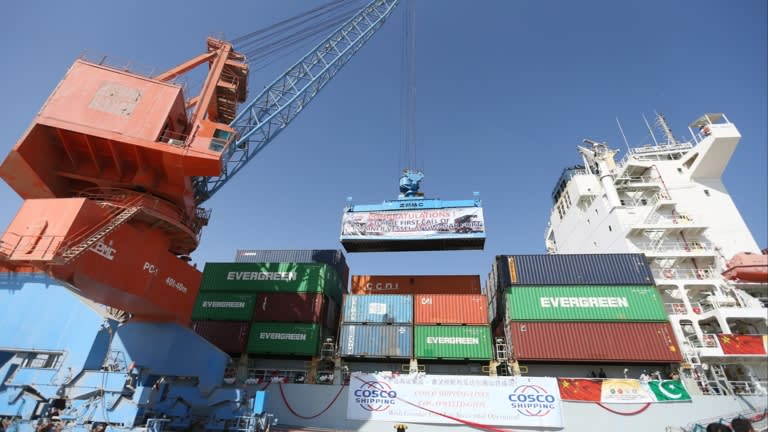 Strategic Gwadar port is at the southern end of the China-Pakistan Economic Corridor, which overall is unlikely to be affected by corruption allegations against Bajwa, its Pakistani point man.   © Getty Images

"There are several aides to the prime minister but only one head of the CPEC Authority," Malik Siraj Akbar, a Washington-based analyst on South Asian issues, told the Nikkei Asian Review. "Offering to resign as the PM's aide is symbolic and does not add much value."

The scandal was exposed by Ahmed Noorani, an investigative journalist with a history of reporting on military affairs. He spent months preparing the report, which alleges that the Bajwa family's business empire has 99 companies spread over four countries, "including a pizza franchise with 133 restaurants worth an estimated $39.9 million."

In Pakistani media circles, many doubt that such a detailed story could have been pulled together without help from powerful enemies of Bajwa.

The alleged corruption row raises questions about the future of CPEC, even though any evidence of significant damage has yet to emerge.

"It's no small matter for CPEC's Pakistan head to be implicated in a scandal involving overseas family assets -- especially when he's part of a government that has incessantly criticized Pakistani politicians about this very issue," Michael Kugelman, deputy director of the Asia Program at the Wilson Center in Washington, told Nikkei. He said there is unlikely to be a direct impact on CPEC operations, but there will be "reputational implications" for the multi-billion dollar undertaking.

Krzysztof Iwanek, head of the Asia Research Center at Warsaw's War Studies University, agrees that the fallout is likely to be contained. "Pakistan's military and political elite want CPEC to develop further despite their disagreements about different issues," he told Nikkei.

Some government ministers and retired military personnel, meanwhile, regard the allegations against Bajwa as part of an anti-CPEC conspiracy. 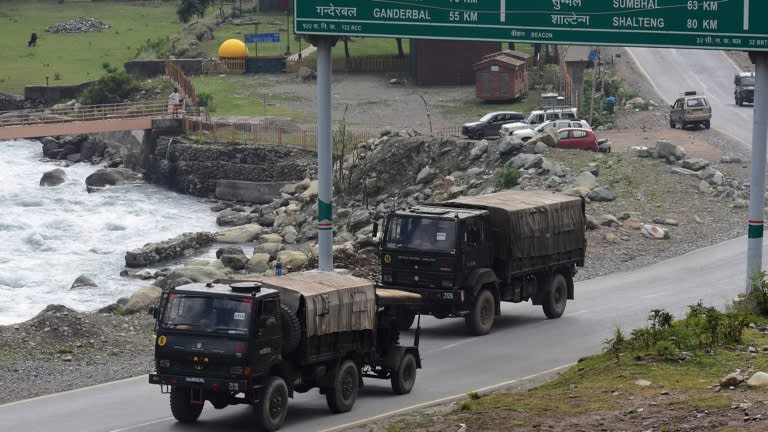 With serious tensions along the China-India border, some wonder if India had a hand in corruption allegations against Pakistan's top official for China projects.   © Getty Images

Given present geopolitics, with China and India clashing along their border, Kugelman sees a "powerful pretext" for painting the scandal as an Indian conspiracy against CPEC.

"How come asking for accountability, transparency, and checks and balances on CPEC constitutes a conspiracy against CPEC?" asked Akbar. "Keeping the project clean and free from corruption is in the best interests of Pakistan and China."

Pundits in Pakistan are weighing up the odds of Bajwa losing his coveted CPEC position, but many doubt he will be dismissed.

"Apparently, the allegations of corruption will not prevent Bajwa -- someone well-regarded by [Islamabad and Beijing] -- from serving in the top CPEC slot," Kugelman told Nikkei. He said the reflexive dismissal of corruption allegations against the top official may be part of an effort to preempt criticism of CPEC, an entity Islamabad "badly wants to uphold as sacrosanct."