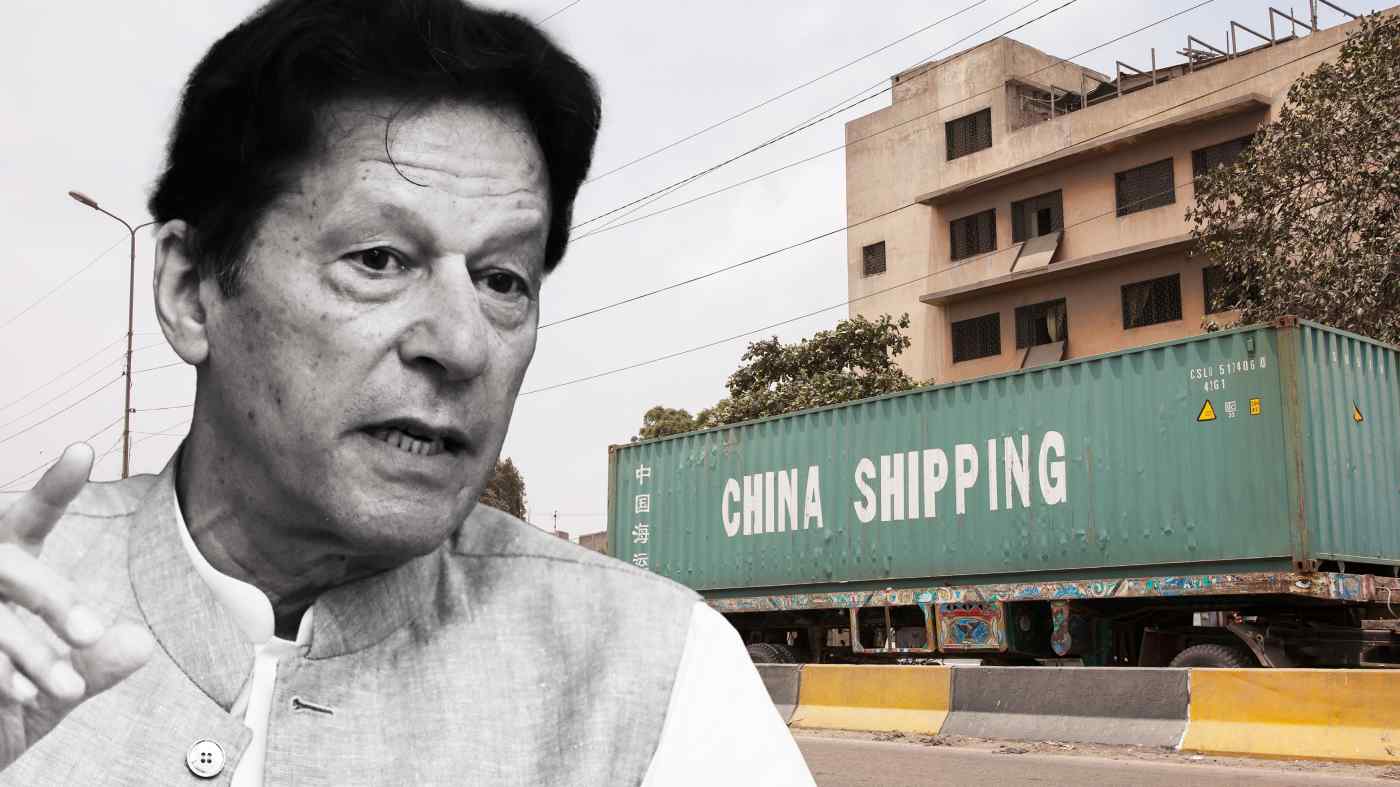 KARACHI -- In an ambitious turn, Pakistan and China have agreed to develop the Karachi coast, possibly shifting away from Gwadar as the center stage of the Belt and Road project in Pakistan, following ongoing problems at the southwestern province of Balochistan.

A memorandum of understanding was signed for the Karachi Coastal Comprehensive Development Zone project during the recently held 10th Joint Cooperation Committee meeting of the China-Pakistan Economic Corridor, or CPEC, after a gap of almost two years.

Based on details shared by Pakistan, China will invest $3.5 billion, separately confirmed by a Chinese foreign ministry spokesperson, in the project which includes adding new berths to Karachi port, developing a new fisheries port and a 640-hectare trade zone on the western backwater marshland of the Karachi Port Trust. The project also envisages building a harbor bridge connecting the port with the nearby Manora islands.

Prime Minister Imran Khan termed the inclusion of the Karachi Comprehensive Coastal Development Zone in CPEC a "game-changer." He tweeted: "[This project] will clean up our marine habitat for fishermen, develop [20,000] low-income housing units & present opportunities for investors. Will put [Karachi] at par with developed port cities."

Gwadar has proved to be a problematic area for Chinese investment. In August, a suicide bombing targeting a vehicle carrying Chinese nationals in the area killed two children and wounded three. Separatist militants have waged a long-running insurgency in Balochistan. The bombing came after Prime Minister Imran Khan launched in July a rare dialogue with separatists opposing China's Belt and Road initiative as the government braced for possibly more instability in the region after the withdrawal of U.S. troops from Afghanistan.

The writing was already on the wall for some. In June, Saudi Arabia decided to shift a proposed $10-billion oil refinery to Karachi from Gwadar. This was a major shock to the government's plans of building an energy hub in Gwadar, which is facing massive protests due to lack of water and power.

Now, Gwadar stands to lose even more foreign investment. Karachi is the largest city and the main commercial hub of Pakistan and also home to the busiest port.

Malik Siraj Akbar, a South Asia analyst based in Washington, believes that Karachi offers not only better infrastructure, but also tighter law and order, making it an ideal hub for CPEC. "The Chinese want CPEC to leave its mark as a symbol of rising Chinese power without particular interests in any specific region in Pakistan," he said.

Krzysztof Iwanek, head of the Asia Research Center at Warsaw's War Studies University, said that the challenges of developing a major port in an underdeveloped area like Gwadar must have been factored in by China from the outset. Despite the signing of the agreement and expression of commitment from the Chinese side, analysts fear that implementation will be difficult.

Iwanek believes that Belt and Road projects are under scrutiny in China, as funds are no longer distributed so liberally as loans and there is a focus on more feasible projects. He suggested that it will not be easy for Pakistan to draw investments or loans for this project because China is lending with a greater focus on "pragmatism" now.

Arif Rafiq, president of Vizier Consulting, a New York-based political risk assessment firm, shares that view and said that the project had a long way to go.

"Feasibility studies, including on the environmental impact, need to be conducted. The dredging will destroy existing mangroves, which serve as a vital, natural defense against storms and erosion," he said. He claimed that as many as 500,000 people will have to be resettled, which will be a politically contentious process.

Gwadar's sudden fall from grace has implications for wider Belt and Road enterprises. Analysts said that the way Pakistan and China are dealing with Gwadar implies that any problematic project of Belt and Road, irrespective of its potential, can either be dropped or put on the back burner.

"Pakistan and China had an opportunity to develop [Gwadar] port in a conflict zone but several factors, such as corruption, mismanagement, lack of public support and transparency, have led to a loss of interest in the Gwadar Port," said Malik, as he warned that other problematic Belt and Road projects could face the same fate.