Move expected to increase volume of goods moving through Gwadar KARACHI -- Pakistan is offering access to Gwadar port, a strategic component in China's Belt and Road Initiative (BRI), to landlocked Central Asian countries in the hope of stimulating activity at the idle facility.

In November 2018, the Uzbek government initiated a proposal for a railway corridor through Afghanistan to gain access to Pakistani ports. Uzbekistan is landlocked, and has hitherto relied on the Iranian port of Banda Abbas, which is located 850 km west of Gwadar, for handling its external trade.

According to Uzbek media, a 600 km track has been proposed to connect Termez in Uzbekistan with Peshawar in Pakistan. It will connect with the $6.8 billion Main Line 1 project in the China-Pakistan Economic Corridor, (CPEC), a flagship BRI project.

The proposed line will be built in five years and is expected to reduce freight transport costs between Central Asia and Pakistan by about a third, according to Uzbek reports. 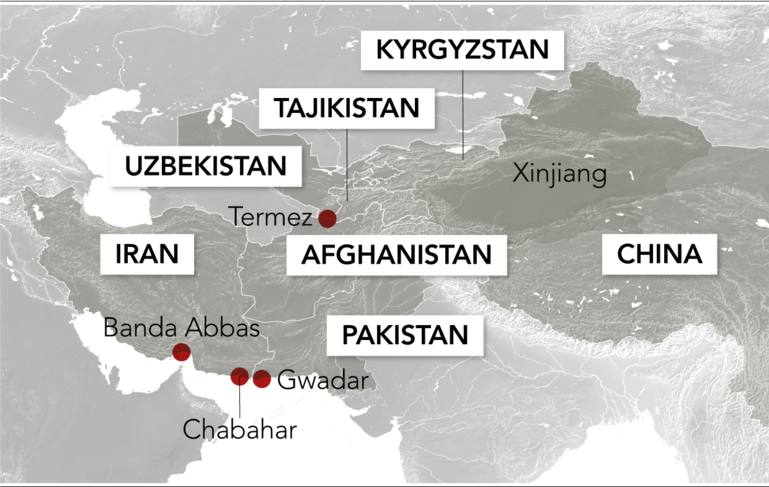 "Uzbekistan is a perfect match for BRI in Pakistan because of its pivotal location for a logistic hub in Central Asia," Lukasz Przybyszewski, a West Asia analyst for the Asia Research Centre at Warsaw's War Studies Academy, told Nikkei Asia. "Harmonizing development between the two countries might be difficult, but ultimately BRI-induced economic convergence will nurture this relationship," he said.

Przybyszewski described connecting Gwadar to Central Asia as an organic extension of BRI, and as a foray into unlocking the economic potential of Uzbekistan, Tajikistan and Kyrgyzstan.

"The key to BRI's success is to nudge participating states to increase interconnectedness and intermodal logistics," he said. Observers say Pakistan's move is intended to boost trade movements through Gwadar, and move it center stage in CPEC.

According to the MyShipTracking website, only six cargo ships called at Gwadar in the past year, while 80 ships were processed through Bandar Abbas in the same period.

Gwadar has been subject to security threats that led the government to start erecting a barbed wire fence around the port. This was halted in December following strong local protests.

James M. Dorsey, a senior fellow at the S. Rajaratnam School of International Studies in Singapore, believes that Gwadar needs more than the basic CPEC investment to succeed. "Ports can be successful if there are offerings in the form of foreign investment, security, and proper infrastructure, which are missing from Gwadar," he told Nikkei.

Jeremy Garlick, an assistant professor of international relations at the University of Economics in Prague, also highlights Gwadars shortcomings. "Gwadar is little used, with low volumes of goods," he told Nikkei. "Unless there is a renewed burst of activity on the Chinese side, Gwadar will look like a white elephant." 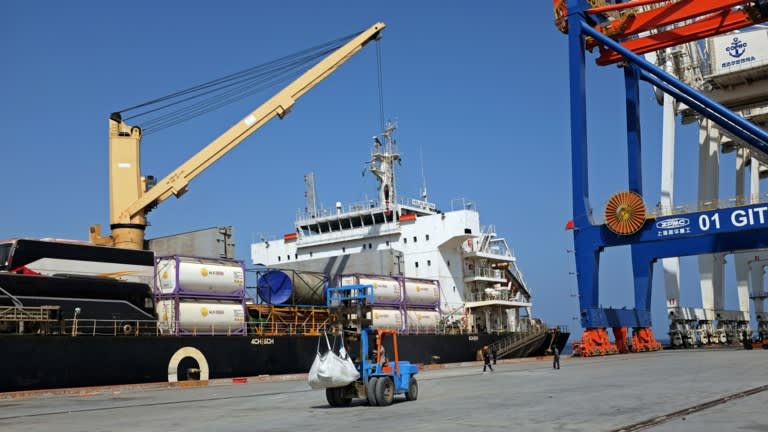 Garlick believes Gwadar can succeed if it is repositioned as a regional port. "Use of Gwadar for transit trade with Afghanistan and Central Asia is more realistic than with Xinjiang," he said, noting that the need for substantial investment in transport, infrastructure and security. The question now is how much Pakistan can persuade China to invest in connecting Gwadar with Central Asia.

The Afghan corridor linking Gwadar with Central Asia will impinge on the economic interests of Iran, which is already burdened by Western sanctions. Experts believe, however, that Iran will retain its importance for trade.

BRI will develop many routes and logistics hubs, including Chabahar, a seaport 200 km east of Gwadar in southeastern Iran that connects to the North-South Transport Corridor. The 7,200 km corridor is a ship, rail and road network for moving freight between India, Russia and Europe through Iran and the Caucasus between the Black and Caspian seas.

Dorsey notes that Uzbekistan is not bound to use the Gwadar route exclusively -- if it gets built: "Uzbeks can use both Bandar Abbas and Gwadar depending on the needs and choices of shippers involved in Uzbekistan's economy."