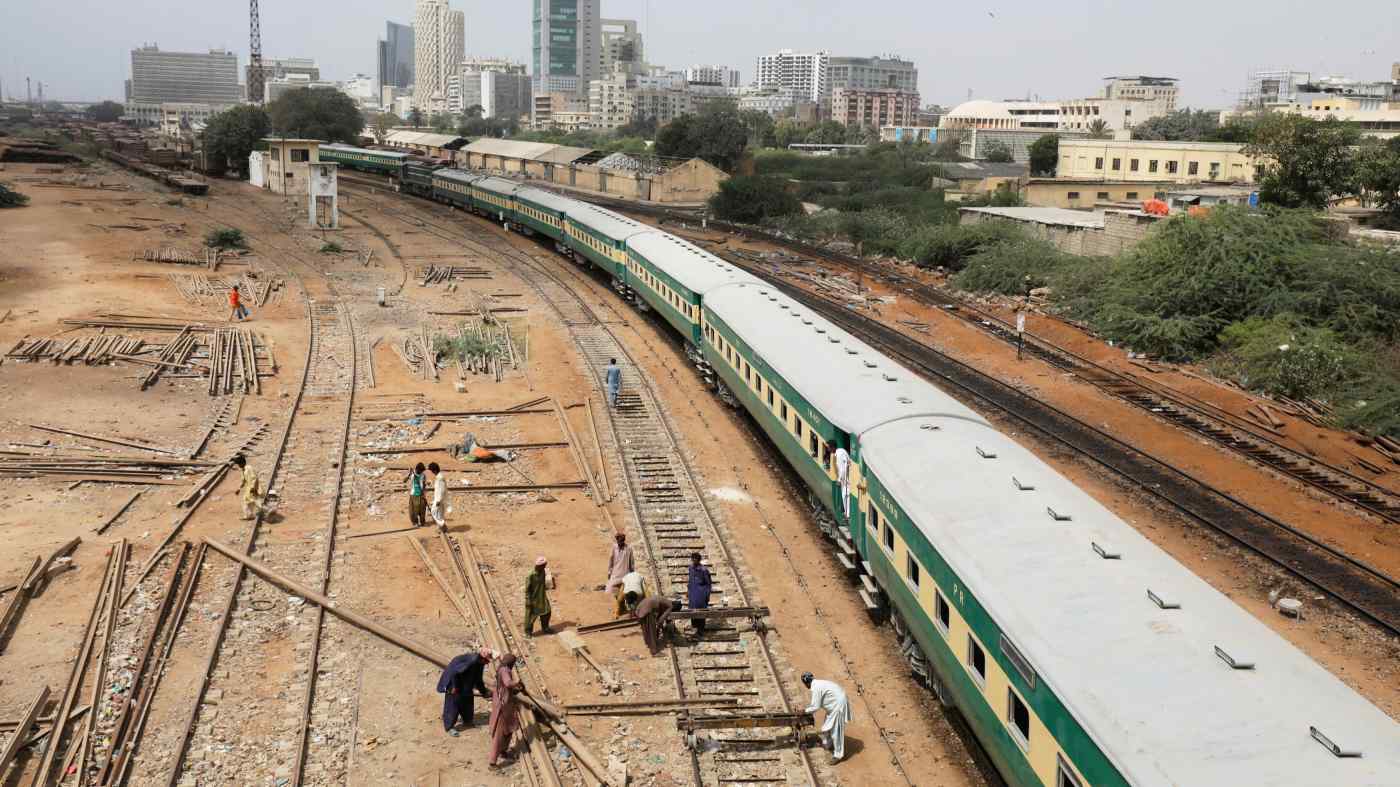 KARACHI -- Pakistan has chopped a third of its contribution to the China-Pakistan Economic Corridor (CPEC), a high profile component of China's massive Belt and Road Initiative, setting back some flagship projects backed by China's President Xi Jinping.

With the economic damage caused by the COVID-19 pandemic still being tallied, the annual CPEC allocation has been reduced from $241 million last year to $159 million in the budget running to June 2021.

Three infrastructure projects in the north worth a total of $1.14 billion have been dropped and two minor projects costing $12 million added. The total value of CPEC projects is estimated to be around $50 billion.

The government has only been able to allocate $36 million for the coming year to the $7.2 billion Main Line (ML-1) railway, the biggest CPEC project, which will connect Karachi, the country's largest city, with Peshawar in the far north. Although ML-1 does not have a firm finishing date, the latest allocation is so low that the project would take 200 years to complete if it continues. CPEC is scheduled to conclude in 2030.

Stella Hong Zhang, an expert on China's economic engagement with Pakistan and currently a postgraduate student at George Mason University in the U.S., said that China's reaction will become apparent at the next CPEC joint cooperation committee meeting, which will most likely take place in July. "I think China will understand that it's difficult times for everybody, so the reduction in spending for CPEC projects is understandable," Zhang told the Nikkei Asian Review. 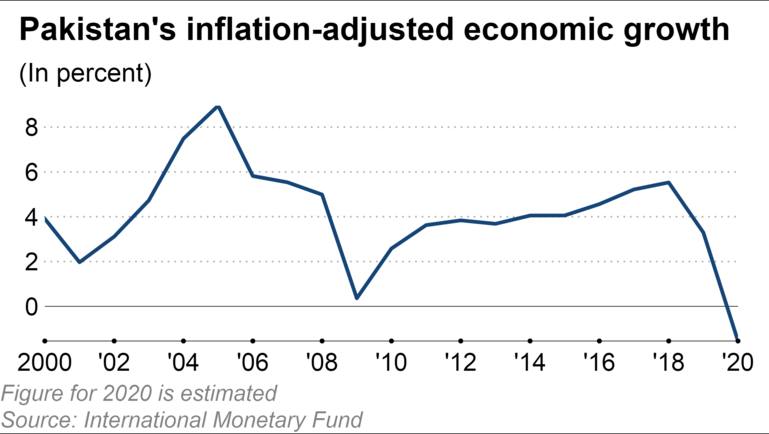 Mohan Malik, a professor of strategic studies at the National Defense College of the United Arab Emirates, linked the CPEC funding cuts to the pandemic-induced recession. "Even before the pandemic, the Belt and Road projects seemed to have lost their sheen," he told Nikkei. "Beijing's capability to deliver on CPEC projects will depend on China's own economic recovery and how it deals with the aftermath."

Pakistan's latest national budget has a 45% deficit of 3,195 billion rupees ($19.30 billion). Official documents indicate that 2,223 billion rupees will be covered by external loans.

Some experts believe China will offer budgetary support, but others have doubts. Zhang said China might be willing to help with the balance of payments, but project finance is another matter. "China will be very cautious about loans for financing infrastructure projects at the moment," she said. She believes China will want to consult the International Monetary Fund (IMF) about Pakistan's debt management and ability to repay loans.

Other experts are ruling out further Chinese loans for now. Mahfooz Ali Khan, a coordinator of a World Bank governance policy project in Pakistan, said provinces are saddled with having to repay CPEC infrastructure loans at market rates. "Provincial governments are already facing budgetary deficits due to a fall in revenue and extra COVID-19 related expenditure," he told Nikkei. He said China will be reluctant to offer more, and the provinces will avoid increasing their debt burden. The CPEC budget cuts have triggered debate in Pakistan, where some critics see it as symptomatic of the country's pivot toward the IMF after an agreement was reached last year.

Kaiser Bengali, an economist and veteran adviser to Pakistani governments, said the country has yielded economic management to Washington-based financial institutions, including the IMF. "[Given] the U.S. opposition to CPEC, it should be understandable that CPEC has been put in cold storage," he told Nikkei.

Asim Saleem Bajwa, a special assistant to Prime Minister Imran Khan and chairman of the CPEC Authority, disputes the idea that CPEC is in cold storage. He recently tweeted that "some detractors" are giving a "false impression" of CPEC being slowed. He said the pace of work had recently picked up, and that "a great deal [of] groundwork" had been done launching the second phase of CPEC projects.

Some analysts think that Beijing is accepting of the slowdown. "If China underestimated the complexity of Pakistani politics in the earlier years of CPEC, by now it should realize that it has many lessons to learn about the ethnic conflicts and partisan politics," said Zhang. "I don't think Beijing is in any rush to push forward the CPEC projects if the Pakistani side is not ready."