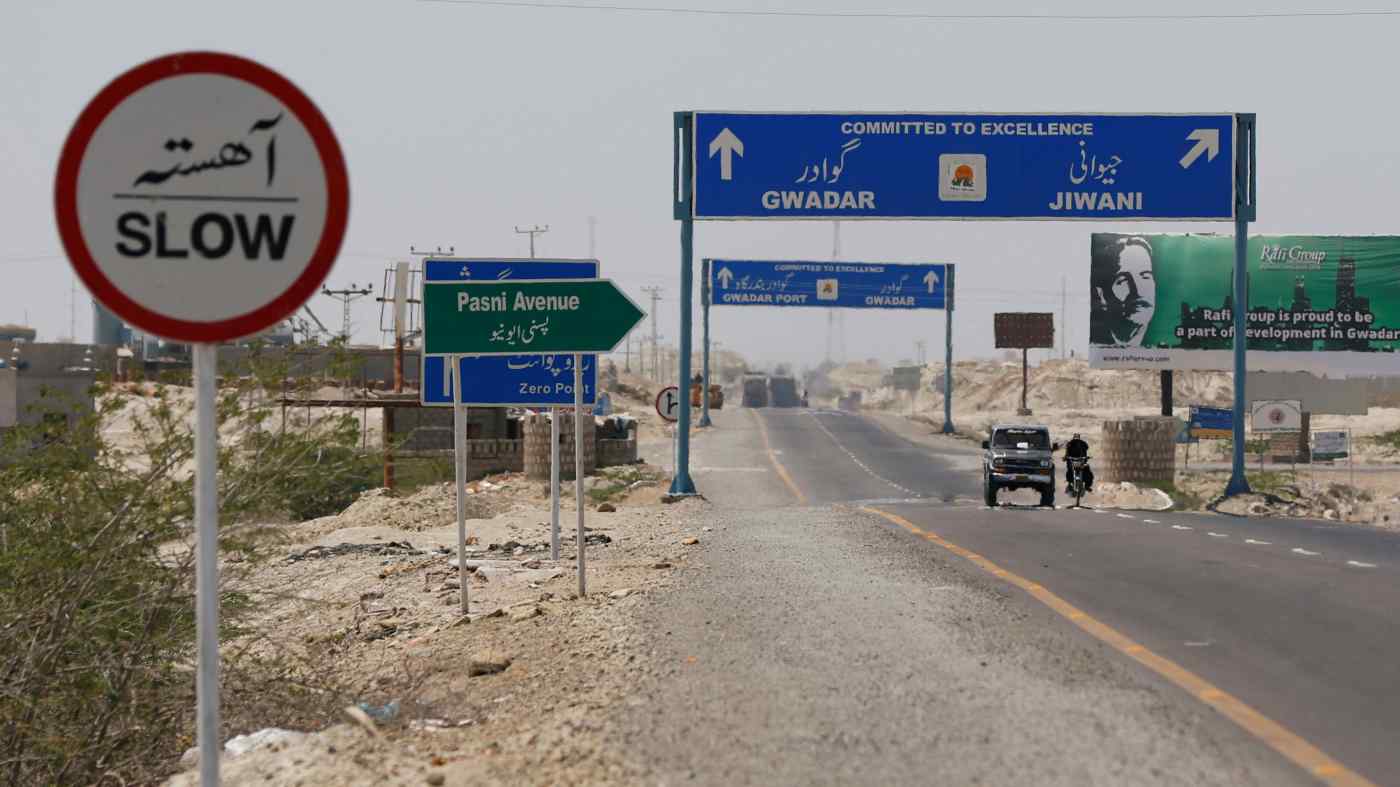 KARACHI -- Pakistan's southwestern province of Balochistan is putting up barbed wire around large parts of the port city of Gwadar to protect Belt and Road projects from potential attacks by insurgents.

The provincial government plans to fence off 24 sq. km of the city, the center stage of $50 billion in Belt and Road projects in Pakistan. The fencing will surround the deep seaport, built and operated by China. However, the China-funded New Gwadar International Airport and 80 newly built housing projects will fall outside of the fence.

According to local media reports, there will only be two entry points to the fenced part of the city, and more than 500 high-definition cameras will be installed for surveillance.

Amir Rana, executive director of the Pakistan Institutes of Peace Studies, termed Gwadar Pakistan's first "sealed city," fenced off on the grounds of security, in an op-ed in a local paper.

The fencing is part of the Gwadar Safe City project, for which 50 million rupees ($310,000) was allocated in the federal budget for fiscal year 2020-21. A local source in Gwadar told Nikkei Asia that China is financing the fencing.

The fencing is being carried out against a backdrop of mounting security concerns for Chinese interests in Gwadar. In May 2019, ethnic Baloch separatists attacked the Pearl Continental Hotel, which is located barely a kilometer away from the port. The latest master plan for Gwadar envisions making it a weapons-free city, and fencing is a part of that plan.

Mohan Malik, a visiting fellow at the Near East South Asia Center for Strategic Studies in Washington, told Nikkei that the creation of a walled city in Gwadar shows Beijing will take all measures necessary to protect its economic and security interests and the safety of Chinese personnel working on projects in Balochistan. "A version of China's famed hukou (neighborhood) permit system could be introduced to enhance surveillance and monitor movement of those inside and outside of the walled city for security purposes," Malik added.

Malik Siraj Akbar, a South Asia analyst based in Washington, also said that the Pakistani government seems to have been pushed by the Chinese to take these security measures to ensure the safety of Gwadar Port in the wake of several recent attacks by the Baloch insurgent groups. "The Chinese are running out of patience with Pakistan over a lack of progress on the law-and-order front, and they don't think that they can wait any longer and have the issue resolved," Akbar told Nikkei. 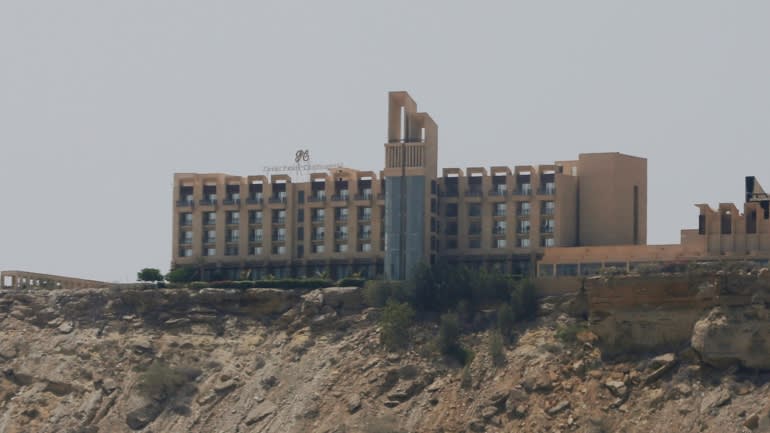 The Pearl Continental Hotel in Gwadar, Pakistan, in April 2017, before it was attacked by ethnic Baloch separatists.   © Reuters

The news of fencing in Gwadar has triggered a strong reaction by politicians and civil society.

Pakistan Democratic Movement, a coalition of 11 opposition parties, claimed in a press statement that the proposed fencing will restrict trade and the free movement of people in Gwadar. The coalition demanded the immediate suspension of fencing work.

Kabir Muhammad Shahi, a vocal opposition senator, decried the fencing in a news conference and claimed that it will divide the city into two parts in the name of security. Supporters of the Pakistan Democratic Movement, an alliance of opposition parties, listen to a speech by one of their leaders during an anti-government rally in Lahore on Dec. 13.   © Reuters

Malik agrees with this. He said that as China's investments and interests expand in the coastal areas of Balochistan, the possibility of a division of the province into coastal and interior areas can't be ruled out, with the coastal areas falling under the direct administrative control of the federal government.

However, not everyone is opposing the fencing of Gwadar.

Jam Kamal, the chief minister of Balochistan, denied the claim that Gwadar is being sealed through fencing. "We are taking steps in some areas of Gwadar to provide extra security, and the entire port city is open except these areas, and there is no problem for anybody," Kamal told a group of journalists in Quetta. He claimed that the government is fencing the city with barbed wire on demand from the people to provide security.

Naveed Kalmati, the president of the Gwadar Chamber of Commerce and Industries, also defended the decision of fencing. He told local journalists that in order to increase the confidence of investors in Gwadar, it is imperative to make a weapons-free city through fencing.

Akbar, however, does not consider the fencing a long-term solution for the security of Gwadar. "There is no justification for fencing Gwadar, nor is it going to help in any way in keeping the port safer or promote trade and business in the area," he said.