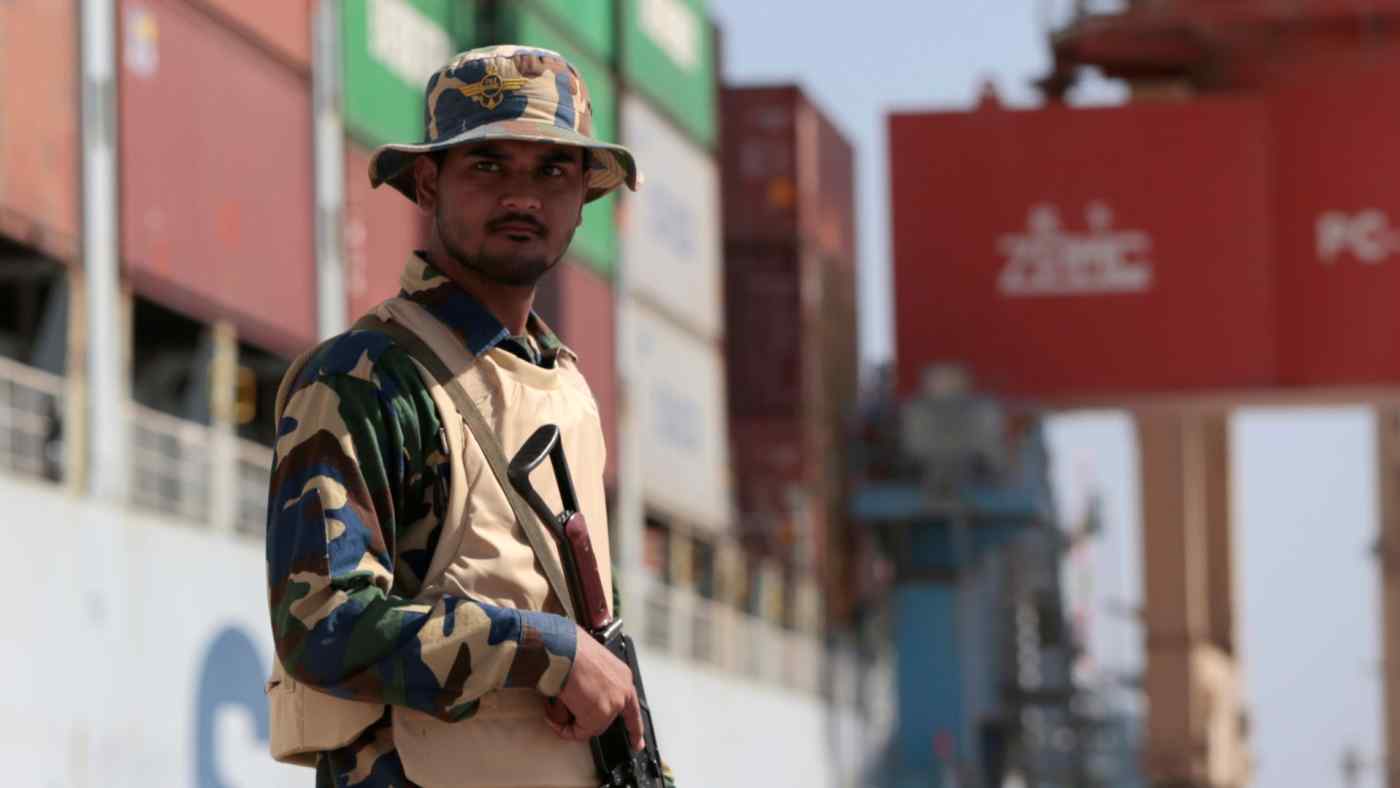 QUETTA, Pakistan -- An ambush killed 14 security personnel in a convoy escorting staffers of the Oil and Gas Development Co. Ltd. (OGDCL) on a coastal highway in Pakistan's Gwadar district on Thursday.

The employees of OGDCL, Pakistan's largest company in terms of market capitalization, had been carrying out a seismic survey to discover gas in the 2,407-sq.-km Gwadar block. The attack took place in the Sarpat area, 300 kilometers to the east of the port of Gwadar.

According to Inter-Services Public Relations (ISPR), the media wing of the Pakistani armed forces, those killed in the attack were seven personnel from the Frontier Corps paramilitary force and seven security guards for OGDCL. "Security Forces responded effectively, ensured security of the OGDCL persons, and managed their safe exit from the area," an ISPR statement said.

Baloch Raji Ajoi Sangar, an alliance of militant ethnic Baloch separatist groups, claimed responsibility for the attack. The same group attacked the Pakistan Stock Exchange in June 2020 and had warned China to stop working on Belt and Road projects in the restive southwestern province of Baluchistan.

This attack took place a couple of days after Pakistan's national security adviser, Moeed Yusuf, in an interview accused India of bankrolling terrorism in Pakistan. 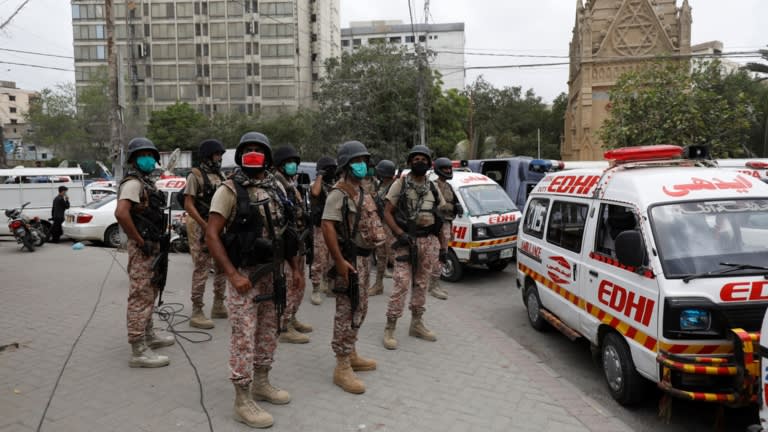 James M. Dorsey, a senior fellow at the S. Rajaratnam School of International Studies at Singapore, told Nikkei Asia, "Indian support to Baloch separatists can't be ruled out, but this militancy is a homegrown problem possibly exploited by foreign actors." He added that Baloch people have not benefited from China-Pakistan Economic Corridor (CPEC) projects and hence oppose them.

Experts believe this attack will further increase the challenges for Pakistan to protect CPEC, a $50 billion Pakistan component of the Belt and Road Initiative.

Michael Kugelman, deputy director of the Asia program at the Wilson Center in Washington, believes this attack will reinforce the anxieties of Islamabad and Beijing about the security of CPEC projects. "Beijing has shown a willingness -- not just in Pakistan, but in other volatile areas of the world as well -- to tolerate a fair amount of risk when making investments in insecure spaces," he told Nikkei, adding that Thursday's attack underscores that for all the talk of CPEC's financial challenges, its security risks continue to loom large as well.

Malik Siraj Akbar, a South Asia analyst based in Washington, says attacks like this are tarnishing Gwadar's brand, highlighted by the Pakistani government as a place where investors could feel safe. Baloch insurgents "are using such attacks to gain support from the locals by giving them the impression that they are defending Gwadar's economic potential, from which the local population does not seem to be benefiting yet," he told Nikkei.

Given the security threats posed by Baloch separatists, Islamabad has beefed up security for the CPEC projects, but this does not seem to have stemmed attacks on economic targets.

Kugelman believes that Islamabad has proved incapable of squelching the threat posed by Baloch separatists. "With indications that different insurgent groups are now uniting to fight against CPEC projects, this threat stands to get even bigger. Islamabad has its work cut out for itself," he told Nikkei.

Akbar is of the view that there is little Pakistan can accomplish through increasing or decreasing security forces, saying Pakistan has to address the issue through peaceful talks with the Baloch nationalists and give the local people a share in the CPEC projects.

Although continued attacks in and around Gwadar have created a sense of insecurity and increased the security costs of CPEC projects, experts believe they will not deter China from continuing to work on crucial Belt and Road projects.

"This [attack] will result in an increase in Chinese pressure on Pakistan to provide more security, but so far Beijing has not shown any indication to withdraw from CPEC projects in Gwadar as a consequence of such attacks," said Dorsey. He added, however, that attacks resulting in Chinese casualties could change Beijing's position.