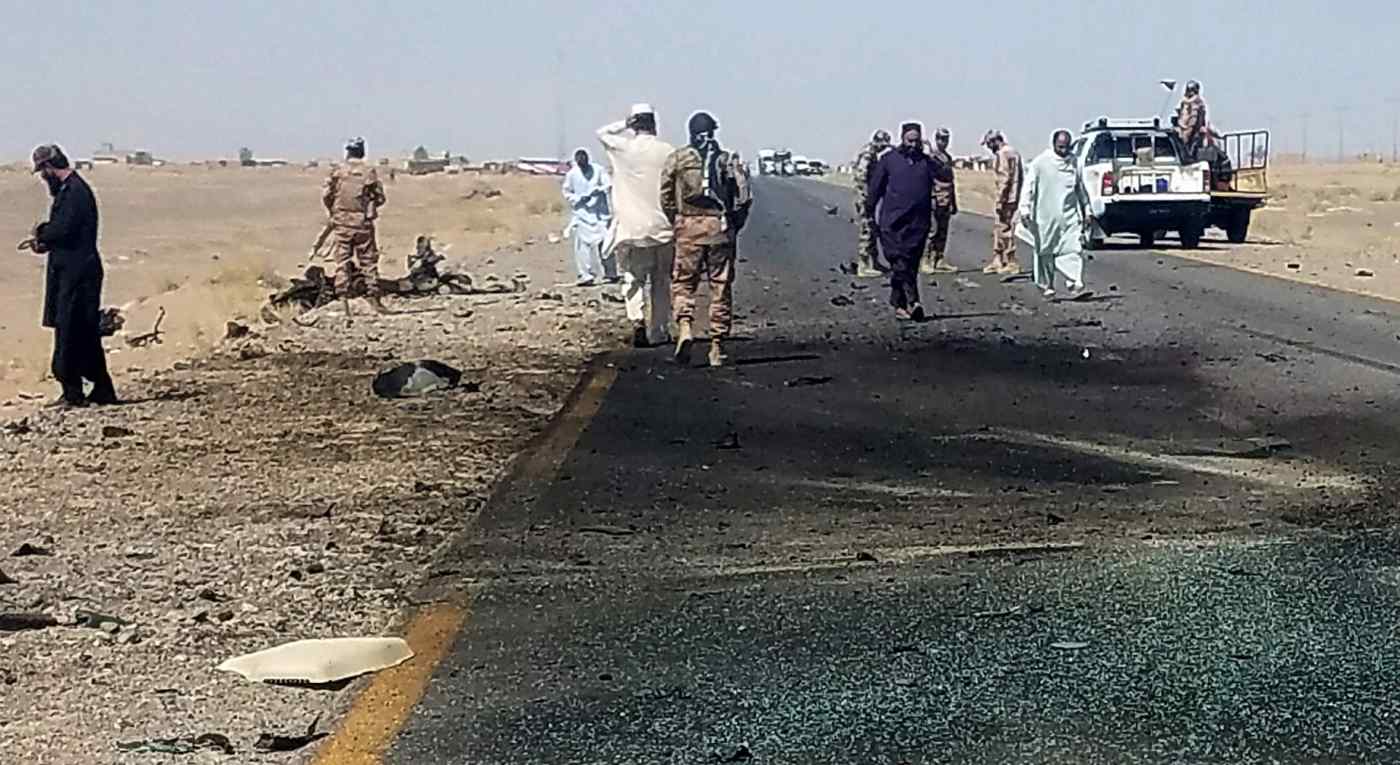 QUETTA, Pakistan -- Separatist insurgents in southwestern Pakistan have vowed to continue attacks on Beijing-led Belt and Road projects in the region, despite the assassination of their commander two weeks ago.

A Baloch Liberation Army spokesperson said the group will continue to follow the path of their slain commander Aslam Baloch. "Our struggle will continue till the stoppage of exploitation of Baloch resources by China," said Jiyand Baloch, the spokesperson.

The leader was killed on Dec. 25 in Kandahar, the southern city of Afghanistan. He was killed along with his five top commanders in one of the most devastating attacks on the leadership of Baloch insurgents in the last 13 years.

Although no group claimed responsibility for the attack, Sarfraz Bugti, former minister of the regional government of Balochistan, termed it "great news for Pakistan," in a tweet on the same day.

Beijing also welcomed the news of the deaths. "This is a good development for security and peace in the [Balochistan] province," Lijian Zhao, China's deputy ambassador in Pakistan, told media on Dec. 27.

Baloch insurgents carried out fatal attacks on Chinese in 2004 and 2006, and earlier last year an unidentified gunman killed the Chinese general manager of Cosco Shipping Lines in Karachi.

In August, a suicide bomber wounded six people, including three Chinese engineers, in an attack on a bus. It was the first suicide bombing targeting Chinese in Balochistan, which is at the heart of the $62 billion China-Pakistan Economic Corridor -- a series of Belt and Road Initiative projects that include a network of highways, railways and energy infrastructure that span the entire country. The attack was carried out "to warn China to vacate Balochistan and stop plundering its resources," according to the BLA.

Despite the death of the BLA leader, there have been three attacks on security forces in Balochistan in the first week of 2019. On Jan. 1, three militants stormed a cantonment in the Loralai district and killed four security personnel. On Jan. 6, two militants planted explosive devices that targeted the vehicles of security forces in the Pishin and Panjgur districts.

Although the BLA hasn't claimed responsibility for any of these attacks, Balochistan security officials believe they were planned in Afghanistan, where Baloch was hiding. Islamabad has demanded that the Afghan government investigate Baloch's rumored hiding place in Kandahar, Pakistan Foreign Office spokesperson Muhammad Faisal said on Jan 3.

It is no secret that Baloch insurgents sought sanctuary in Afghanistan, said Malik Siraj Akbar, an analyst based in Washington. "Despite repeated denials from the Baloch nationalists, it is widely known that Afghanistan has been the only relatively safe hideout for the Baloch fighters."

Whether Baloch's death will eventually put an end to the attacks on Chinese interests in Balochistan remains to be seen. While the deaths of the leaders have decimated the ability of the organization to mount daring attacks against Chinese interests in Balochistan, many are skeptical that the threat they posed to BRI will be completely eliminated.

"The killing of Aslam Baloch is a blow to the Baloch insurgents and it will weaken their networks but it will not completely eliminate the threat of future attacks on BRI projects," said Akbar. The opposition to BRI, armed or otherwise, will continue as long as Pakistani and Chinese governments do not come up with a strategy to address the needs of the indigenous Baloch people in the regions affected, he added.

China is now seen as a neocolonialist in some parts of Pakistan and is being dragged into local conflicts, such as that between Baloch insurgents and the government, said Dibyesh Anand, head of the School of Social Sciences at the University of Westminster in London. "Unless these conflicts get resolved, China's own geopolitical insecurities will remain and even increase."