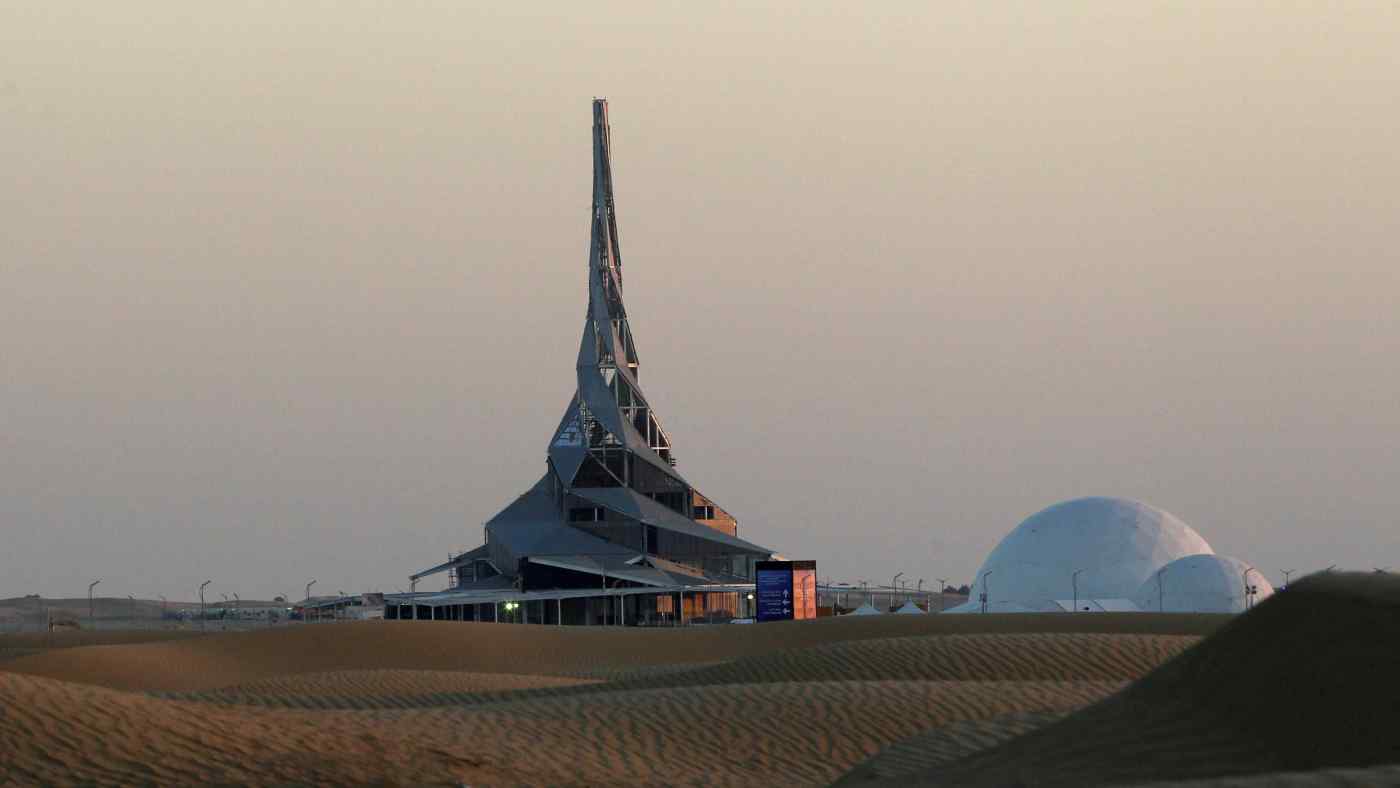 HONG KONG -- State-owned Shanghai Electric Group has disclosed losses of more than $650 million due to cost overruns incurred in building a landmark solar power station in Dubai personally championed by President Xi Jinping as part of his Belt and Road Initiative.

The overruns add to the financial woes of the venerable energy production and industrial equipment maker which reported an audited net loss of 9.98 billion yuan ($1.57 billion) for 2021 on Monday, reversing the 3.75 billion yuan net profit it recorded a year earlier.

Driving the losses were 15.51 billion yuan in asset impairment charges, of which 9 billion yuan related to a 40% owned network communications subsidiary which has been unable to collect on bills owed by other state companies. Another 2.02 billion yuan stemmed from bills unpaid by troubled developer China Evergrande Group for elevators, air conditioners and other products and services.

Amid the company's financial turmoil, Zheng Jianhua was removed as chairman and head of Shanghai Electric's Communist Party cell last July after being fingered by the country's anti-corruption body for unnamed "serious violations" while a former vice president was indicted on charges of bigamy, embezzlement and bribe-taking. Company President Huang Ou died suddenly around the same time.

Shanghai Electric's Dubai dealings date back to 2018 when it was awarded a $3.8 billion contract to lead engineering, procurement and construction for the fourth and fifth phases of the Mohammed bin Rashid Al Maktoum Solar Park, a 5-gigawatt development pitched as the largest single-site concentrated solar power plant in the world.

Xi took part that year in the project's contract signing ceremony in Madrid, alongside Spanish Prime Minister Pedro Sanchez, after earlier citing the project as marking "the gradual rise of cooperation in the new high-tech field" in a signed opinion article published in two United Arab Emirates newspapers. Shanghai Electric, too, called its role "a landmark project of China's Belt and Road Initiative" in an update a year ago hailing "significant progress."

But in filings late Monday, it admitted "it lacked relevant experience" in carrying out such a massive solar power project. It put accumulated losses on its contract through Dec. 31 at 4.16 billion yuan, due in large part to a "lack of pre-estimation of workload."

The company acknowledged that it had failed to factor in complications from needing to build roads, lay concrete foundations and add extra steel structures at the Solar Park's desert site and misjudged the site's geology. Soaring commodity prices and surging labor costs due to pandemic travel controls further aggravated the overruns.

In a filing to the Shanghai Stock Exchange last month, Shanghai Electric said its work on the two phases of the Solar Park was about 80% complete. Full commercial operation for the two phases, the final section of the project, is expected to begin next year.

The Solar Park, valued at 50 billion dirhams ($13.61 billion) on a Dubai government website, is led by the Dubai Electricity and Water Authority, with backing from Saudi developer ACWA Power and the Silk Road Fund, a Chinese government financing vehicle for the Belt and Road.

For Shanghai Electric, the project was intended to boost the 120-year-old company's transition toward renewable energy. Most of its construction and engineering revenues come from abroad, with the Solar Park accounting for 59% of such foreign revenues last year.

Among a flurry of filings on Monday night, Shanghai Electric announced the recruitment of a new chief auditor from the government of the locked down city, which controls the company. Fu Min, 49, was previously director of the municipal economic responsibility audit division.