Belt and Road construction takes a back seat amid coronavirus rebuild 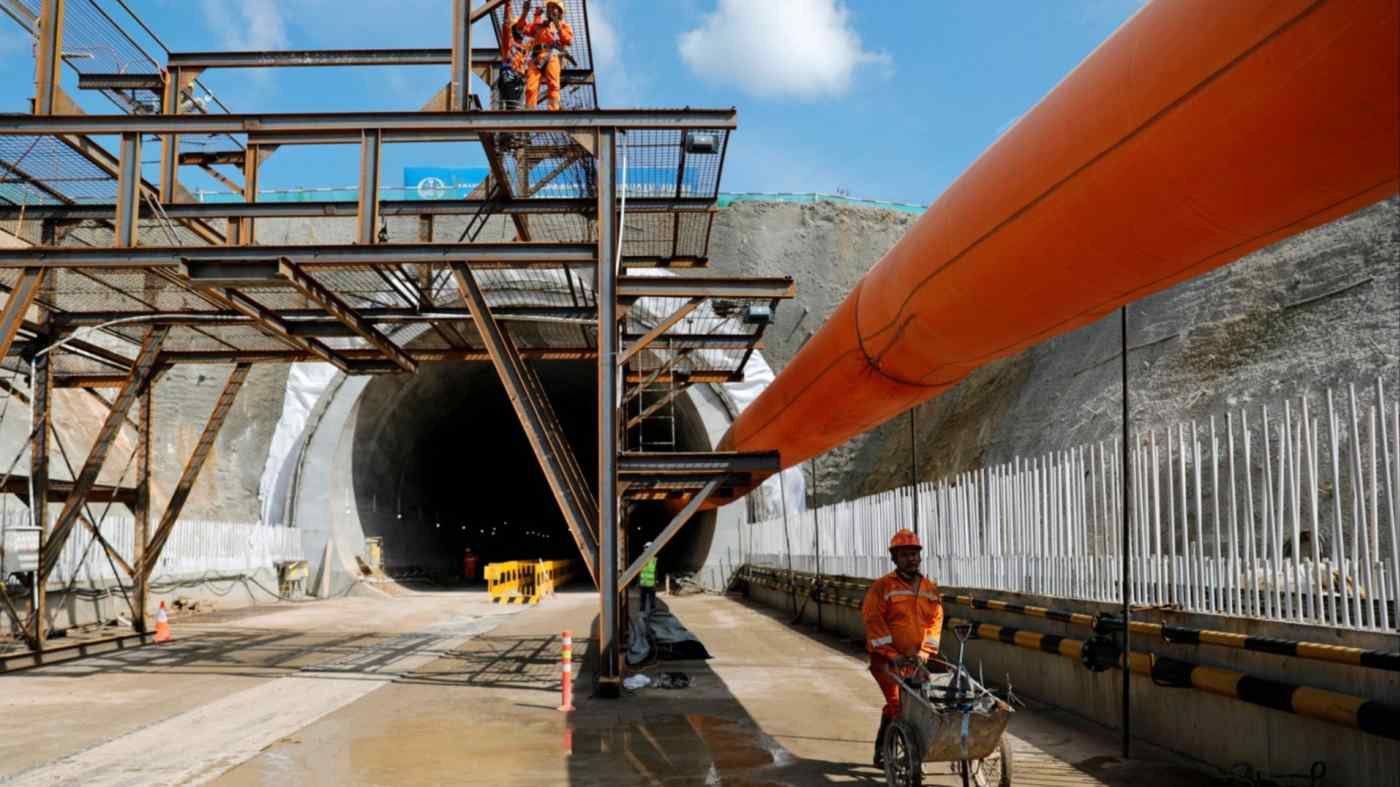 Construction on a high-speed railway between Jakarta and Bandung has ground to a halt due to coronavirus-related restrictions.   © Reuters
YOHEI MURAMATSU AND SHUNSUKE TABETA, Nikkei staff writersMay 5, 2020 02:25 JST | China
CopyCopied

BANGKOK/BEIJING -- As Asia focuses its resources on containing the coronavirus outbreak and its economic impact, large infrastructure projects funded by China have come to a standstill across Southeast Asia.

Construction on a roughly 140-km high-speed rail link between Jakarta and the Indonesian provincial capital Bandung recently came to a halt. The project, which is financed by a Chinese state-owned bank and has another Chinese state enterprise involved in construction, is now expected to be delayed from the planned 2021 opening.

With the world's fourth-largest population of 270 million, Indonesia is Southeast Asia's biggest economy. China considers the country a key link in its Belt and Road infrastructure initiative.

But Indonesia has strictly restricted foreigners from entering the country since March in an effort to contain the coronavirus, meaning Chinese laborers have been locked out of the construction site. "We will have a discussion after the outbreak has been stabilized," said Luhut Pandjaitan, coordinating minister for maritime affairs and investment, on April 14.

Thailand has pushed back its deadline for negotiations over a high-speed railway planned to eventually stretch all the way to China. It now hopes for agreement on a roughly 250-km section of the link from Bangkok to Nakhon Ratchasima in October instead of May.

The State Railway of Thailand had said in mid-April that China was not responding to its inquiries. The project has likely slipped down on Beijing's priority list, since it is unlikely to be completed anytime soon.

In Myanmar, a power plant being built by a Chinese state-owned company and a Hong Kong company has run into delays, due partly to supply chain issues from the outbreak. A Chinese-built power plant in Cambodia will likely not come online in May as planned.

The Chinese Communist Party affirmed its commitment to the Belt and Road Initiative at an April meeting of its powerful Politburo. But with the delayed annual congress back on for May 22, China is focusing resources on lifting its own virus-hit economy. Southeast Asia is expected to be placed on the back burner for some time.

In the January-March quarter, Chinese companies signed $26.2 billion worth of new construction contracts in the 57 countries participating in the Belt and Road project, China's Commerce Ministry said. The figure was 14% lower than a year earlier. Major contractor China Communications Construction logged a 4% decrease by value for new contracts and construction revenue in January-March.

China's first priority is a recovery in its domestic economy, and the second is mending supply chains in cooperation with neighboring countries, Jin Canrong, a professor at Beijing's Renmin University, told local media.

"For now, China will have no choice but to reduce investments into infrastructure and other hardware overseas," said Koji Sako at the Mizuho Research Institute.

"Given the lack of growth in China's current-account surplus, limiting investments also keeps cash from leaving the country," he said. The Belt and Road Initiative was launched in part as a way to cancel out some of China's surplus by taking the money back abroad.

Mainland media report that the coronavirus outbreak will have a limited impact on the Belt and Road project, given that the initiative still led to many new contracts in the January-March period. But construction could face further delays if host countries continue to limit the entry of foreigners. This in turn could hurt Southeast Asia's growth and its appeal to foreign investors.