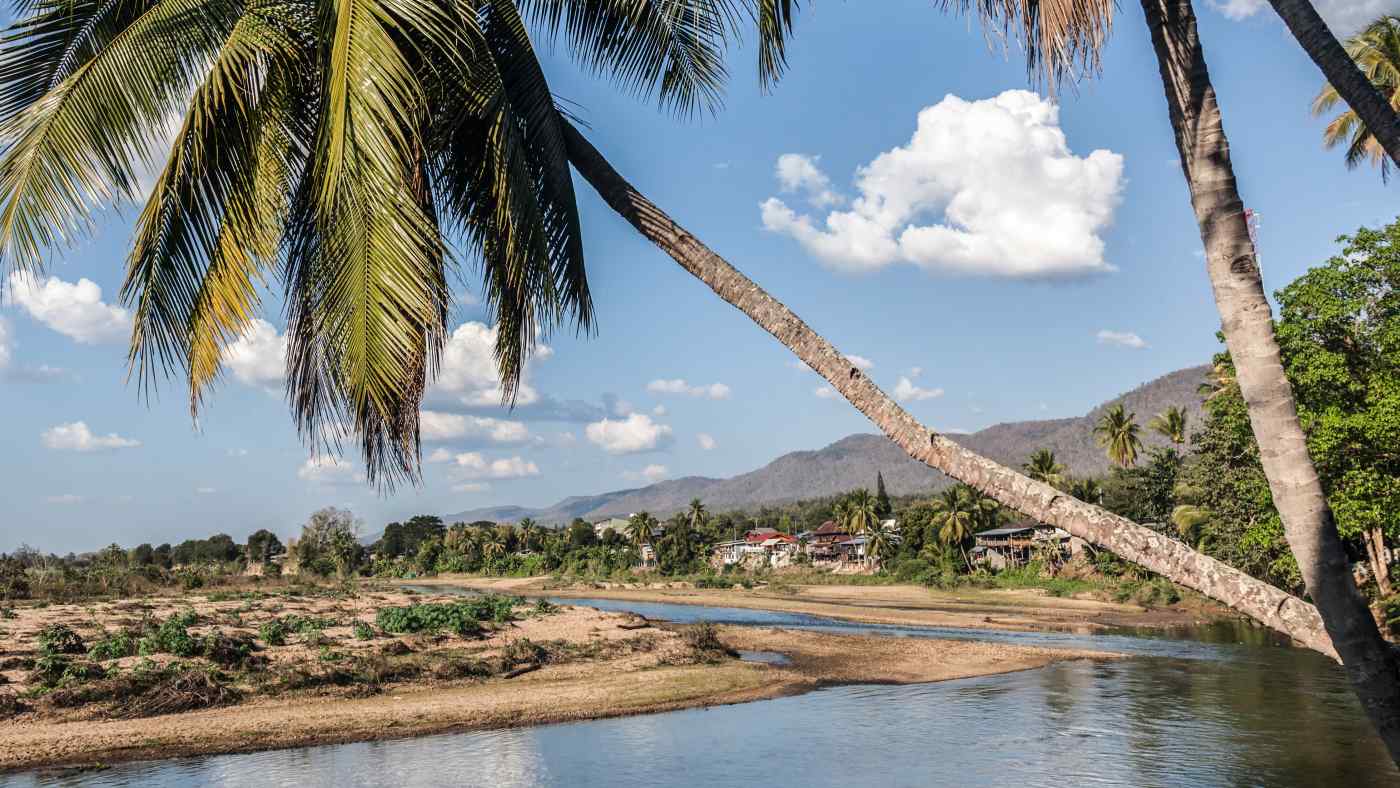 BANGKOK -- Thailand's military-dominated government is paving the way for a Chinese state-owned enterprise to land a water diversion project, the first of its kind in the country and a likely steppingstone for China's Belt and Road Initiative.

The Chinese company has a record of building large dams and has expressed interest in the huge venture, said Veerakorn Kamprakob, a member of the ruling Palang Pracharath Party, in an interview with Nikkei Asia. "It is one of the top five Chinese state enterprises."

But the lawmaker from the central province of Nakhon Sawan, who has emerged as the point man for the Chinese, is reluctant to reveal the name of the company that has "sent proposals to me directly." This, ostensibly, is out of deference to the open bidding process for development of the Yuam River Water Diversion plan in western Thailand, close to the Myanmar border.

Yet Veerakorn, vice chairman of the special committee in the Thai parliament assessing the project, admits that he has informed Prime Minister Prayuth Chan-ocha and Deputy Prime Minister Prawit Wongsuwan of his Chinese ties. "The company first contacted me around one or two years ago," he said.

Veerakorn's revelations emerged after the National Environment Board, a government oversight body chaired by Prawit, approved the environmental impact assessment (EIA) of the controversial project last week, giving it the green light. The plan includes building a 69 meter dam across the Yuam River to create a reservoir, and construction of a 61 km tunnel under pristine forest to direct the water to the Bhumibol Reservoir.

The plan to divert the river to meet growing water demand for farming and consumption by residents is not new. It has been dormant since the early 1990s, when the idea was first floated. It made little headway then because of the prohibitive cost, which the Royal Irrigation Department (RID) estimated at the time put at 70 billion baht ($2.1 billion) and estimated would take seven years to build.

But the Chinese want to expedite the project, said Veerakorn, revealing a plan to build the project for 40 billion baht in only four years. "If China builds this for us, we do not have to spend a dime; we do not have to make the investment ourselves," he was quoted as having told Thai media, according to TransborderNews, a Thai-language news outlet. "If the Chinese want to do it, we should let them do it." On Monday, barely a week after Prawit's committee approved the EIA, the irrigation department rushed to call for consultants to bid on the project, according to a three-page document seen by Nikkei Asia. The Thai government wants it to be a joint venture, involving both the government and the private sector, which offers an opening for a Chinese developer.

However, the rush to revive the plans has triggered a debate that has dogged other large water projects in the past. Environmentalists have already raised the alarm, serving a warning to project backers -- and the Chinese company -- that they may have a battle on their hands.

The EIA that Prawit's committee approved is being challenged. "The approval of the EIA was unusual because it is clear that there was no public engagement, particularly with public participation by local residents at a hearing process," said Hannarong Yaowalers, chairman of the Integration Water Management Foundation, a local green campaigner. "There had been a lot of attempts to block people from engaging in the EIA's conducting process."

At a seminar to assess the project in mid-September, a water resources expert argued that the costly project to meet growing water demand could be dealt with through a cheaper alternative: namely, by stopping massive leaks in the existing water network that supplies farmers and others in the central plains. "When the Royal Irrigation Department pumps 100% of the water from the dam, 40% of that water is lost in the pipeline along the way," said Sitang Pilailar, an academic at the water resource engineering department of Bangkok's Kasetsart University.

This early resistance will be hard for the unnamed Chinese developer to ignore, given the trouble Chinese companies have had gaining a foothold in Thailand through multibillion dollar projects under its Belt and Road Initiative. In 2017, the Power Construction Corp. of China was forced to suspend a 32 billion baht coal-fired power plant in southern Thailand in the face of grassroots opposition. It was billed as China's attempt to break into the large infrastructure field, which has been dominated by Japanese and European projects.

Similarly, the $9.9 billion Thai-Chinese high-speed railway project offers a cautionary tale. The proposed 873 km route has been hit with many hurdles, including extensive scrutiny by officials at Thailand's Transport Ministry, resulting in nearly 30 rounds of talks to clarify issues. In March this year, both countries finally signed an agreement for a 251 km stretch of the track, paving the way for Thailand's first Belt and Road project.

"The high-speed rail project offers a lesson to the Chinese about what it means to work with the Thais," according to Ruth Banomyong, head of the department of international business, logistics and transport at Bangkok's Thammasat University. "The government may welcome them, but the bureaucracy will slow things down."

China's difficulties on the infrastructure front in Thailand -- Southeast Asia's second-largest economy -- are huge when contrasted with smaller neighbors like Cambodia and Laos, where China calls the shots. "China doesn't have as much influence in Thailand, unlike in Laos and Cambodia," said Ruth.

Some of Thailand's other mechanisms to check government excess will also be put to the test as work on the Yuan River Water Diversion scheme unfolds. After all, Thailand has a history of such costly infrastructure projects being approved only after the country finds itself under a pro-military government or outright military control, observers say.