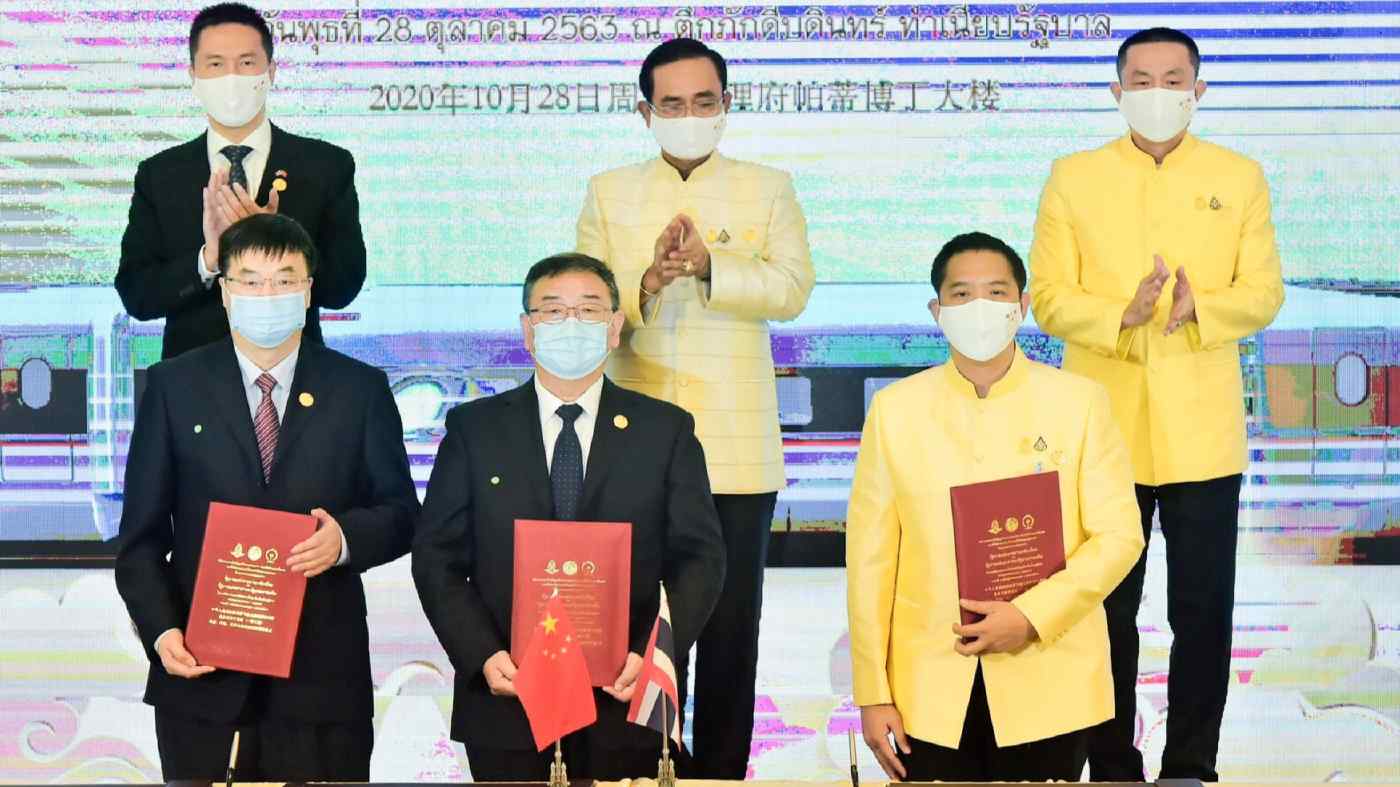 BANGKOK -- Thai and Chinese officials on Wednesday signed an agreement for a 50.6 billion baht ($1.62 billion) segment of a high-speed rail line, part of Beijing's Belt and Road cross-border infrastructure initiative.