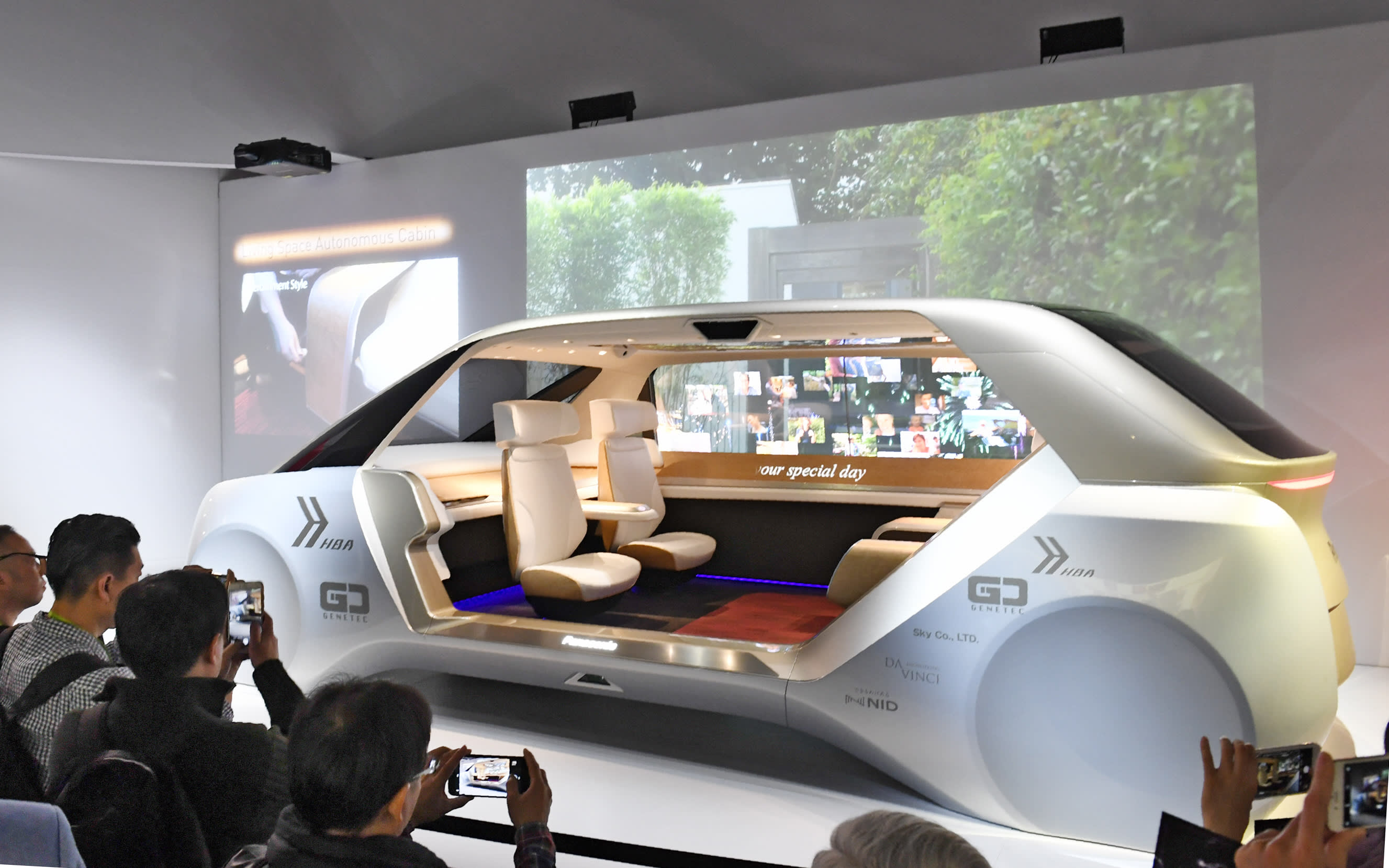 Panasonic's exhibitions at CES include this conceptual model of an electric vehicle.
CES 2017 -- Smart Tech Takes in Center Stage

Panasonic seeks a rebirth as it enters its next 100 years

LAS VEGAS, U.S. -- Visitors to this year's CES trade show may have a moment of confusion when they see Panasonic's automobile-centered exhibitions, but the Japanese household name in consumer electronics is betting on the coming age of electric vehicles for its future growth.

In March, Panasonic will be marking its centennial as a world-renowned home appliance company. To celebrate the event, it is taking up about 60% more exhibition space at CES this year than last.

The display includes a section that plays a video to introduce the philosophy of the company founder, Konosuke Matsushita, to commemorate the occasion. But its booths show no new consumer products this year.

Panasonic's PR blitz leading up to CES also focused on its automotive business. The company unveiled the ePowertrain platform, a preassembled unit for micro electric vehicles that consists of a chassis, batteries, a motor and other components. Mass production is slated to start in the fiscal year starting this April.

The company has long been making air conditioners and radios for vehicles, but it has been gaining presence recently in other automotive components, such as electric vehicle batteries. Becoming a supplier of key components for electric vehicles appears to be a new focus.

"We want to cultivate a business of providing new automobile modules like the one we have just introduced," a Panasonic executive said.

"What kind of company Panasonic is ... to be honest, I have been asking the question myself," President and CEO Kazuhiro Tsuga said when asked by U.S. news media to briefly describe his company.

"The home appliance business, launched by our founder, still commands a significant presence," Tsuga said. "Because of this, it would probably seem like we have lost the plot when I tell people that home appliances are no longer our main line of business." Panasonic President and CEO Kazuhiro Tsuga spoke to The Nikkei at the CES venue.

Panasonic still prides itself on being the No. 1 consumer electronics brand in Japan. But Tsuga has revived the company from a severe slump by exiting from TV LCD panels and plasma TVs and shifting resources to growth areas related to housing, automobiles and business solutions.

In rebuilding the company's business portfolio, the president focused on the fields that will help Panasonic compete  around the globe, rather than struggling to shore up its thin-margin TV operations and the white-goods business, whose growth potential seems limited.

Tsuga's strategy to focus on the housing and automotive businesses is clear. But Panasonic cannot simply rely on these sectors alone to drive growth indefinitely, given the tough competition in these areas.

"I am not convinced that one business field would be able to sustain the company for the next 10 or 100 years," Tsuga said, indicating his desire to seek out new businesses that can ignite future growth.

At the same time, the president admits that he is struggling to choose future growth pillars aside from the automotive business.

Panasonic expects to report its first sales and profit increases in four years in the current year ending March, but its future earnings are likely to depend heavily on demand for batteries from Tesla.

Tsuga is laying the foundation for creating new businesses, by creating an internal project team in Silicon Valley, for instance. But the seeds of the operations to come after the automotive and housing businesses have yet to sprout.