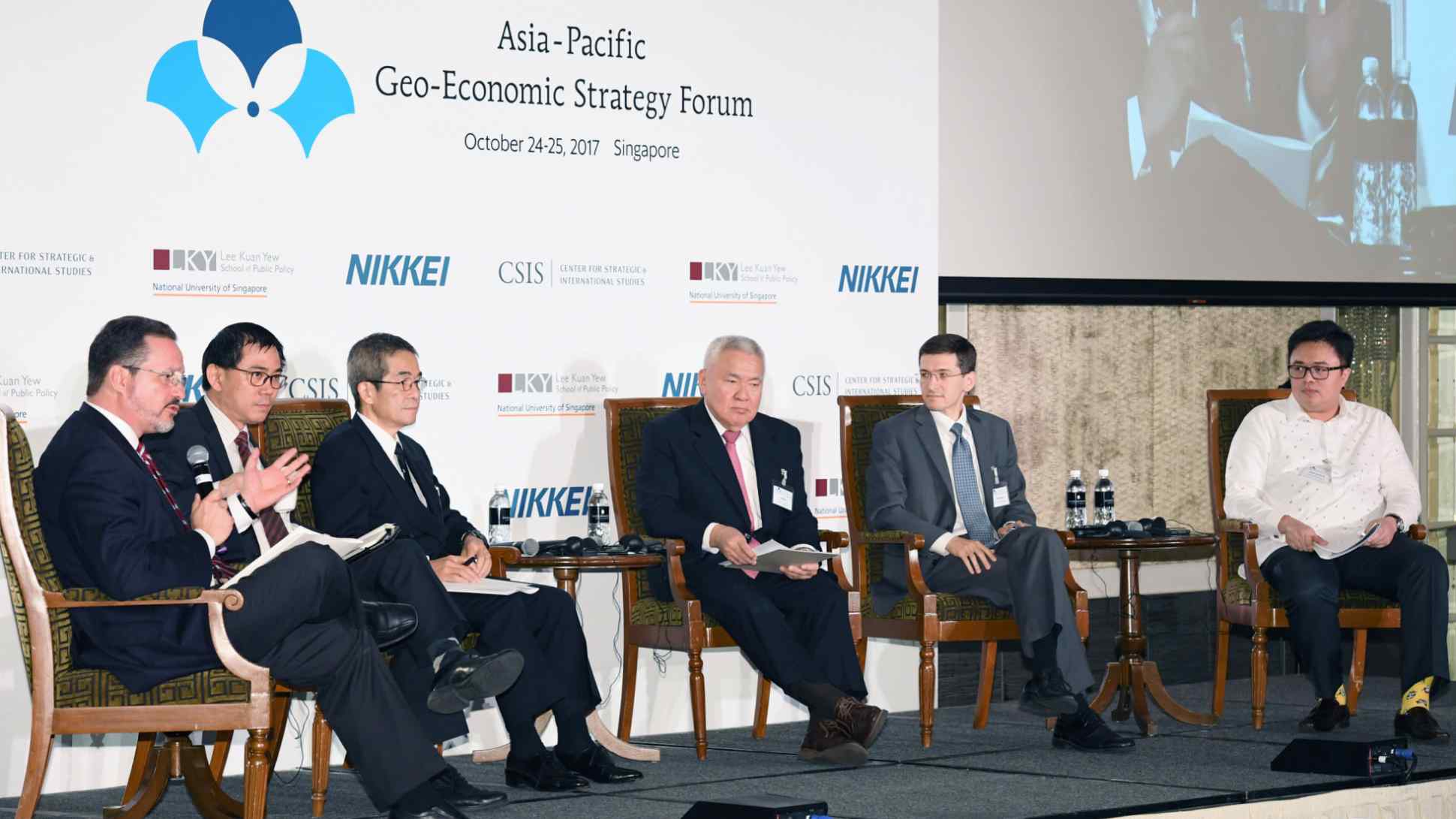 US still plays critical role in security, but needs to clarify strategy

SINGAPORE -- Experts who gathered at a forum to discuss issues surrounding the South China Sea on Oct. 25 expressed concerns about increasing pressure from China. While they agreed on the importance of U.S. influence in the region, some called for unity within the Association of Southeast Asian Nations as the key to fending off Chinese aggression.

Julio Amador III, deputy director-general of the Foreign Service Institute in the Philippines, highlighted the importance of the U.S. for ASEAN members that are claimants in the South China Sea issue, at the Asia-Pacific Geo-Economic Strategy Forum in Singapore on Tuesday.

"The U.S. is still our security guarantor. Without the U.S.'s guarantee, individual ASEAN countries will be forced to make a choice and we may not like [it]," he said during a panel discussion at the event organized by Nikkei, the Center for Strategic International Studies, and the National University of Singapore's Lee Kuan Yew School of Public Policy.

While acknowledging the U.S.'s role in the South China Sea, Zack Cooper, senior fellow for Asian security at the Center for Strategic and International Studies, noted that the current U.S. administration needs to clarify its strategy on the issue. He added that the real challenge for the current administration is "how they are going to use their significant U.S. capability working with allies and partners to make an incredible deterrent not just to the Chinese, but allies and partners in the region so that they know where [they are] going to stand." 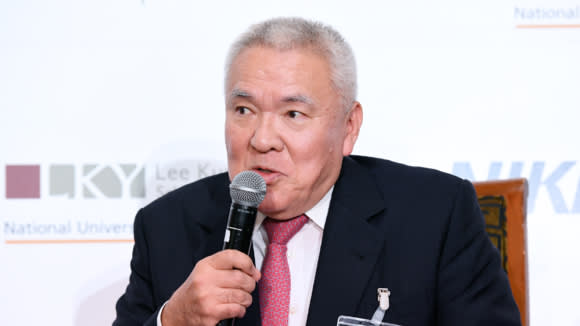 Yoji Koda speaks at the panel discussion on Oct. 25. (Photo by Takaki Kashiwabara)

Yoji Koda, a retired vice admiral of Japan's Maritime Self-Defense Force, said that the U.S. and Japan are not geographical outsiders in the South China Sea issue; they play an important role in protecting the universal value of the free use of the sea.

"China tries to keep the U.S. and Japan out of the game, by mainly saying the U.S and Japan are geo[graphical] outsiders. But the free use of sea is a universal value," he said. "If there is any country who hinders or tries to break or weaken this universal value, we have to do something."

ASEAN also plays an important role, noted Tang Siew Mun, head of the ASEAN Studies Centre at the ISEAS-Yusof Ishak Institute. If ASEAN remains united and speaks with one voice, he said, China will "think twice of any potential unilateral movements."

However Tang also emphasized that continuing engagement with China should not be neglected. "Engaging China is actually not a lost game. There are many positives and utilities for us to continue to exchange [with] China, and in the last few years, we have seen some progress," he said. Although China continues to be aggressive in the South China Sea, Masanori Nishi, special adviser to the Japanese defense minister, warned that the country could face problems domestically in the future. "The recent Chinese initiatives are spending a lot of money on the military, for domestic security, One Belt One Road, etc.," he said. "They have also started building a welfare mechanism which consumes a lot of money." While growing Chinese pressure is something that countries in the region are anxious about, he noted that the region could be facing "another type of shock wave" from China's economy in the future.

In the panel discussion on economic alliance and free trade in the Asia-Pacific, the discussion focused on how to promote free trade since the Donald Trump administration has pulled the U.S. out of the Trans-Pacific Partnership agreement, and what to do about rising protectionism globally.

Yoshiji Nogami, president and director-general of the Japan Institute of International Affairs, expressed his worries about the U.S.'s strategy to focus on bilateral trade deals. He said how "amazing" it was that the pace of negotiation of the Japan-European Union trade pact has sped up, in contrast to the regressive approach of the Trump administration. This comes on top of the ongoing Japan-led efforts to revive the TPP, as well as the steps that 16 Asia-Pacific nations are taking toward the Regional Comprehensive Economic Partnership. "One thing I am worried about is ... where does North America stand?" Nogami said. "When the dust settles, after [the North American Free Trade Agreement re-negotiation], North America is going to be one area which is not covered by a mega-FTA," he said. He warned that the bilateral negotiation is "not going to be easy, because others are already making mega-FTAs."

Waseda University professor Shinjiro Urata contended that the TPP should be further widened by accepting other economies -- Philippines, Thailand, Indonesia, Taiwan and South Korea -- that have shown interest in the past. "By achieving greater regional mega-FTAs, I hope the U.S. will realize they are losing by not joining this group," he said. On increasing Chinese economic influence in Asia and the world, Yasuhisa Shiozaki, former Japanese minister of health, labor and welfare, said: "As far as Chinese strategy [is] consistent and rule-based, and acceptable to other economies like ours, [it] might have a positive impact." He added, however, that he can't expect "such speedy change" in Chinese attitudes toward global governance.

Speaking about the Belt and Road Initiative, Chinese President Xi Jinping's ambitious infrastructure development vision that encompasses Asia and the Middle East, Matthew Goodman, senior adviser for Asian economics at CSIS, warned that countries have to be aware of the challenges and risks.