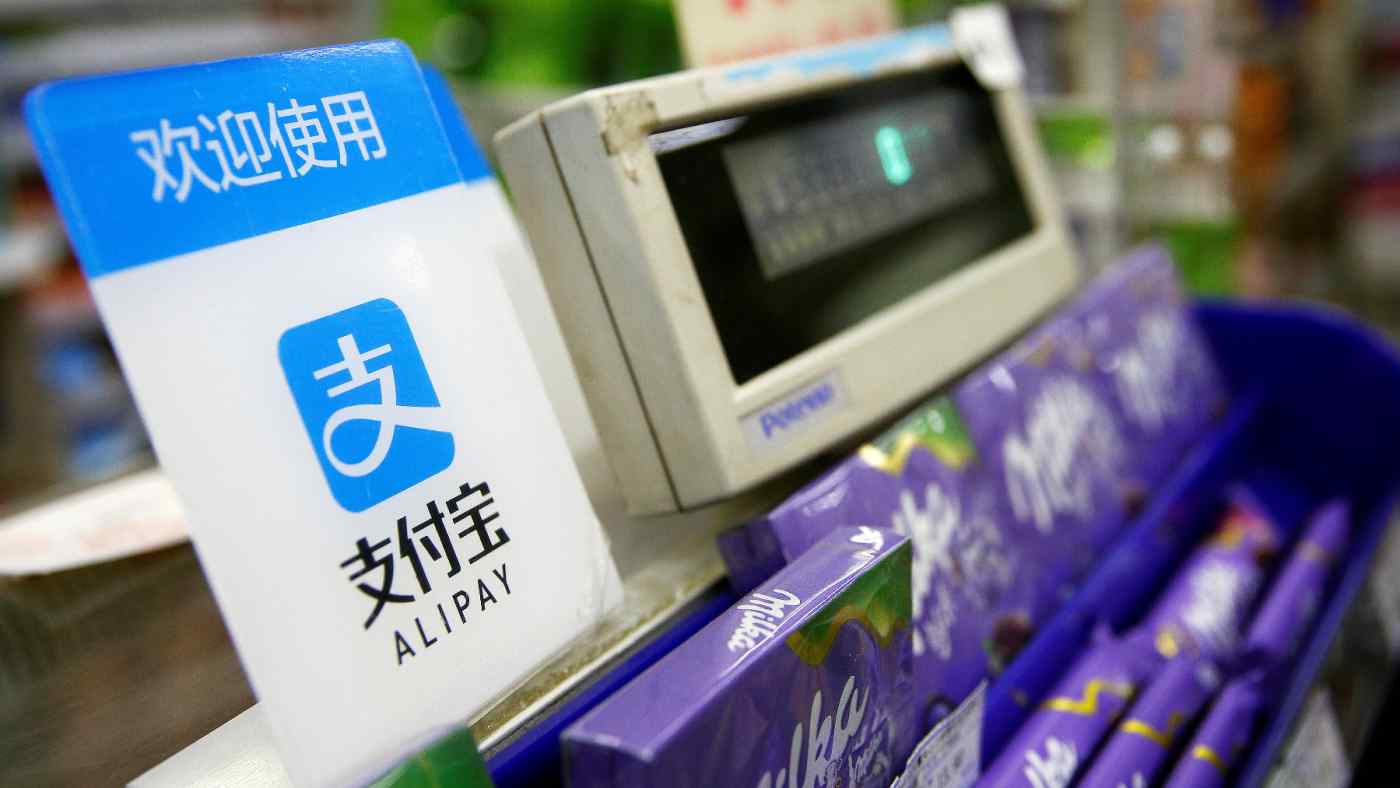 An Alipay logo is seen at a cashier in Shanghai. Ant is likely to sell about 10% of its shares into the Shanghai listing, and another 5% in the Hong Kong listing.   © Reuters
YANG GE, CaixinAugust 27, 2020 22:31 JST | China
CopyCopied

When the record books are written, the upcoming IPO by Alibaba's financial affiliate Ant Group could well go down as the biggest listing of all time.

Ant didn't disclose any specific fundraising targets in its highly-anticipated IPO prospectus released on Tuesday, as it prepares to make a dual listing in Shanghai and Hong Kong.

That prospectus says that Ant -- whose crown jewel is the Alipay online payments service -- plans to sell at least 10% of its shares in the pair of listings.

But multiple sources told Caixin the company would like to sell about 10% of its shares into the Shanghai listing, and another 5% in the Hong Kong listing.

At a current estimated value of about $200 billion, that combined 15% stake could see the company raise about $30 billion. 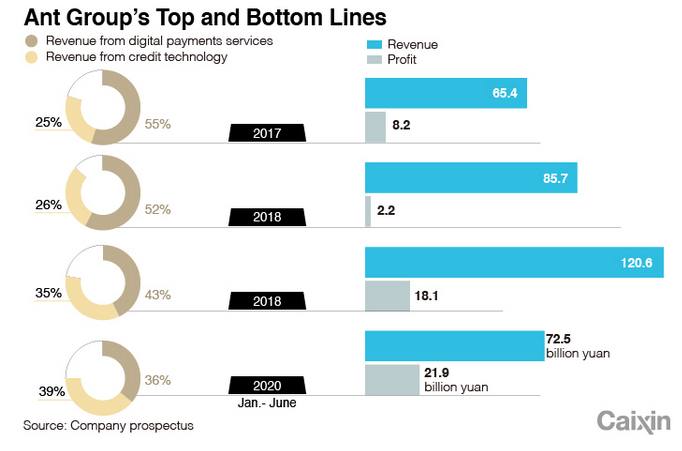 That would be enough to surpass the current record held by Saudi oil giant Saudi Aramco, which ultimately raised $29.4 billion in its mega-IPO at the end of last year.

A new record by Ant would mark a vindication of sorts for Alibaba, which owns about a third of Ant and held the previous world record for raising $25 billion in its own blockbuster IPO in 2014. Ant's prospectus of more than 600 pages contains a treasure trove of data on the company, whose roots trace back to 2004 when Alibaba set up its Alipay online payments service to help people buy things on its e-commerce sites. It was spun off as a separate entity in 2011, in an important step toward taking on its current form.

Ant's Alipay payment service is one of two industry giants, alongside a similar service connected to Tencent's popular WeChat mobile messaging service. Together the pair have made cash virtually obsolete in many parts of China.

Ant's Alipay app boasted 711 million monthly active users at the end of June, and was supported by more than 80 million active merchants, according to its prospectus. The company currently works with more than 2,000 financial institutions to offer its services, and its payment services are available in 200 markets worldwide, mostly for Chinese traveling abroad.