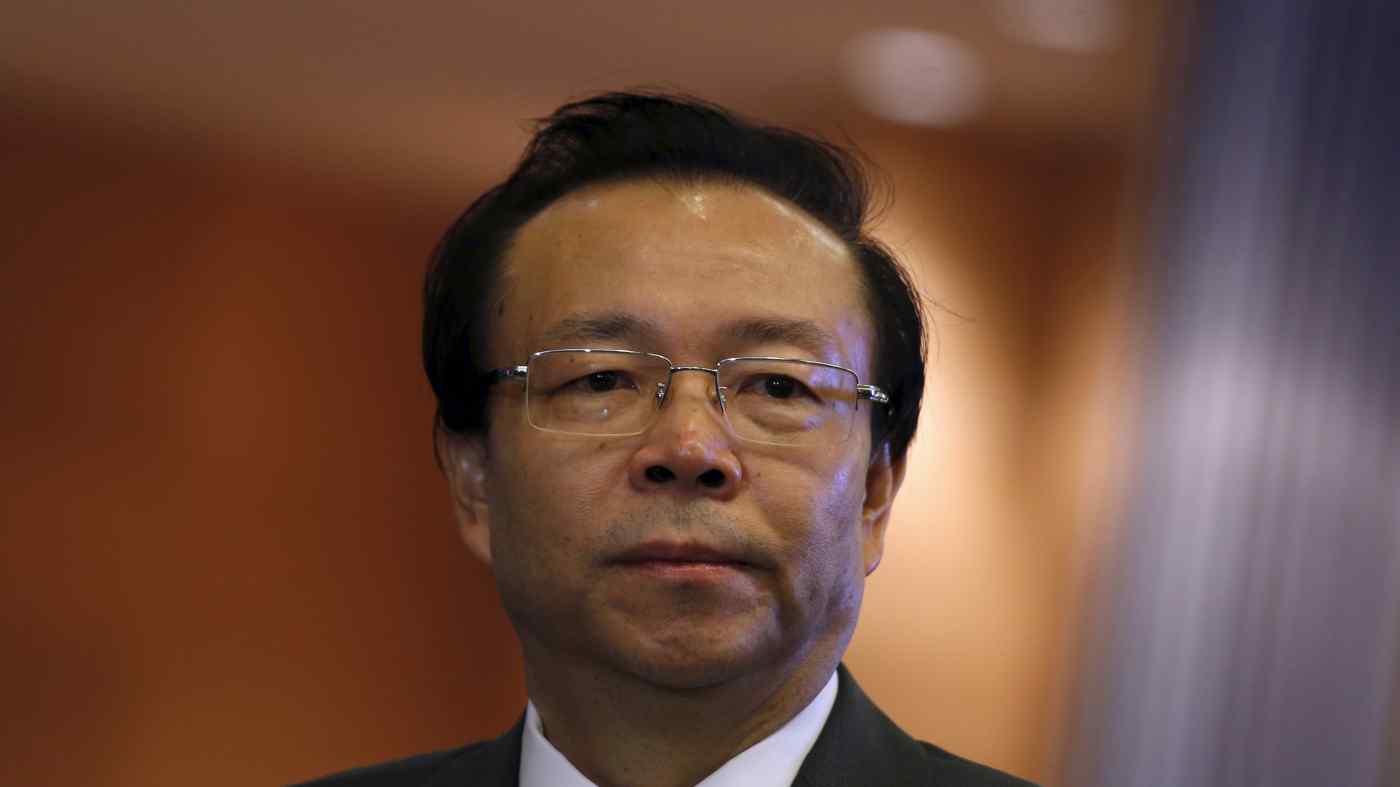 China's top corruption watchdog has branded a financial big shot sentenced to death for bribery as an "enemy within" for the financial system, using the high-profile case to underscore the resolve of the country's leaders to tighten their grip on bad-debt managers and curb financial risks.

The case of the former chairman of China Huarong Asset Management, one of China's "Big Four" state-owned bad-debt managers, is "shocking" and involved "extremely serious crimes" that caused significant damage to the interests of the country and its people, according to a statement published Monday by the Communist Party's Central Commission for Discipline Inspection (CCDI) and the National Supervisory Commission (NSC).

Lai Xiaomin was sentenced to death by a court in Tianjin on Jan. 5. after he was found guilty of taking a record 1.79 billion yuan ($280 million) in bribes, colluding with others to embezzle 25.1 million yuan of public funds, and bigamy. Under Lai's leadership, Huarong became a troublemaker that was led astray from its original role as a distressed-asset manager, investing funds in sectors restricted by national policies including real estate, the corruption watchdog said in the statement.

Lai's crimes were used by the CCDI and the NSC to highlight the first episode in a 10-part series of posts on their website recounting 10 major corruption cases, the lessons to be learned, and how the problems uncovered should be rectified.

The second episode was released on Wednesday and focused on Wang Xiaoguang, a former vice governor of Guizhou Province, who was sentenced to 20 years in prison in April 2019 after being found guilty of bribery, embezzlement and insider trading. His case was linked to another corruption investigation centered around state-owned liquor giant China Kweichow Moutai Wintery Group, the province's biggest company.

The graft probe into Lai, which started in 2018, triggered a broader regulatory purge of the four national asset management companies (AMCs) that were set up in 1999 with the original aim of cleaning up nonperforming loans in the banking system. But under a lax regulatory environment they expanded far beyond bad-debt management and built financial empires that included brokerages, trust companies, banks and insurers.

As a result of the massive corruption revealed in the wake of the investigation into Lai, the four AMCs -- Huarong, China Great Wall, China Orient, and China Cinda -- are retrenching under the guidance of regulators.

They have exited some businesses suffering from weak profitability and poor synergy with their core business, and 56 subsidiaries in total have been merged or dissolved, according to Monday's statement. As a result, the total assets of their nonfinancial subsidiaries have shrunk by 188.4 billion yuan, it said.

In 2019, the four AMCs acquired a combined 571.6 billion yuan of new nonperforming assets (NPAs), increasing the proportion of the NPA business in their total operations by 10.3 percentage points to 65%, according to the statement. For Huarong alone, its revenue from the NPA business increased by 7.8% to 69.8 billion yuan in 2019, accounting for 62% of its total revenue, 1.6 percentage points higher than 2018, the company's 2019 annual report showed.

In addition to ordering the companies to refocus on their core business of bad-debt management, regulators have reshuffled their top management in a bid to prevent corruption fueled by senior executives spending lengthy periods of time at the same company.

In a further attempt to gain more control over the activities of the four AMCs, and improve their management, the government is considering setting up a holding company to oversee them, a source close to one of the companies told Caixin in March. The new entity would be headed by an official with the rank of deputy minister, the source said.

Lai is one of the most senior financial officials to fall under investigation in Beijing's yearslong anti-graft campaign. His case especially shocked the public due to its astonishing details, such as the three tons of cash stashed at his home, the 300 million yuan bank account under his mother's name, and the number of mistresses he kept which allegedly ran to more than 100. Lai was also found to have channeled Huarong funds into privately owned companies and made highly risky investments, Caixin previously reported.