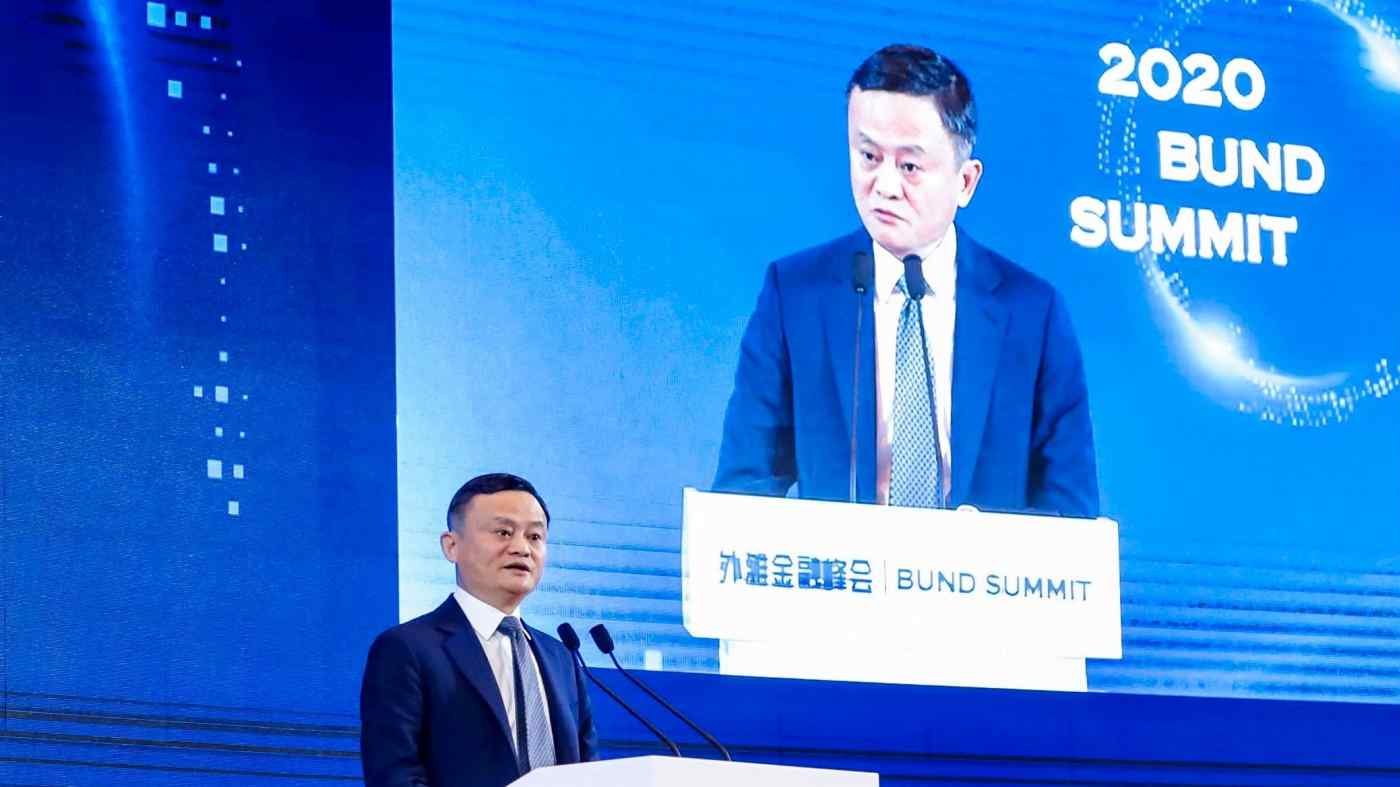 A speech he gave on Oct. 24 criticizing global banking standards and the Chinese regulatory system raised red flags about the risks posed by Ant Group and other online microlenders and triggered a rush to finalize long-planned draft rules for tightening supervision, sources close to financial regulators told Caixin. The draft was issued on Nov. 2, just three days before trading in Ant Group shares was due to begin in Shanghai and Hong Kong, leading to the suspension of the company's record-breaking $34.5 billion IPO.

Some analysts have speculated that Ma knew the draft rules were coming and that he used his speech as a platform to hit back at the authorities. The e-commerce mogul described the Basel Accords, global banking regulations aimed at safeguarding the international financial system, as an old people's club and suggested China's emphasis on preventing systemic financial risk stifled innovation.

But sources close to the regulators denied this was the case. They said the publication of the draft was a result of the outcry that followed Ma's high-profile outburst. His comments, made at a conference with a heavy contingent of financial regulatory officials, prompted top policymakers to take a much closer look at Ant Group. The granular detail of its financial operations detailed in the 752-page prospectus of the Hong Kong leg of its IPO revealed a highly leveraged business model that regulators believed could pose a potentially significant risk to financial stability. As a result, the regulations that had been languishing in policymakers' intrays needed to be implemented sooner rather than later.

"Ant was dragging the entire banking industry to increase leverage. That represents a systemic risk," a source close to financial regulators told Caixin, pointing in particular to the joint lending business where Ant partnered with traditional banking institutions who took on nearly all the risks. "Banks themselves have restrictions on their leverage ratios... but when you encounter an entity that has almost no limits on its leverage, when you add the two together, they increase the leverage of the whole financial system."

The financial authorities had been working on a regulatory framework for fintech companies for some time, and policy proposals had already been submitted to policymakers, a source with one watchdog told Caixin. "It was only a matter of timing (for them to) make up their minds," the source said.

A comprehensive set of measures covering regulation of online microlending was not on this year's agenda of the China Banking and Insurance Regulatory Commission (CBIRC), although work had been done on putting together a draft, sources close to watchdogs told Caixin. But it had already flagged some changes were on the way -- in September the CBIRC issued rules governing the amount of leverage lenders could take on. But after Ma's speech, officials worked overtime to finish the draft and adjusted some core provisions to strengthen oversight further.

The rush to produce the draft is also believed to be a result of an Oct. 31 meeting of the Financial Stability and Development Committee, a State Council body chaired by Vice Premier Liu He tasked with ensuring financial stability, controlling risks and improving supervision and regulation of the financial sector.

A readout of the meeting referred to comments Ma made in his speech but were taken by many as a reprimand. Financial regulators should "respect international consensus and rules," and while innovation and entrepreneurship should be encouraged, all financial activities must be subject to oversight based on laws to effectively guard against risks, it said. The meeting also issued a veiled warning of what was to come, saying that different enterprises that conduct the same type of financial activity should be treated equally.

At the heart of the proposed rules is the principle that fintech firms such as Ant Group are treated like traditional financial institutions instead of tech startups by setting a ceiling on the leverage ratios for online microlenders and a floor for their contribution to joint loans with financial institutions.

Traditional financial institutions in China are subject to tight regulations on capital and leverage based on the Basel Accords to prevent financial risks. But fintech companies have claimed they are technology platforms not financial institutions and for a variety of reasons, including government policy to encourage their expansion, previously enjoyed looser oversight in terms of their finance-related business.

Online lending has become a major income generator for Ant Group, contributing nearly 40% of its total revenue in the first half of 2020, according to its prospectus. Over the past few years, its two microlending platforms, Huabei and Jiebei, have expanded rapidly by increasing on-and off-balance sheet leverage and by issuing joint loans. Liang Fengjie, a banking analyst at brokerage Zheshang Securities Co. Ltd., said Ant Group's leverage is 48 times, which means for every yuan of its own capital, it has taken on 48 yuan of debt. Ji Shaofeng, the founder of IT startup Jiangsu Wufeng Information Technology Co. Ltd., who spent 16 years working in various roles for financial regulators, calculated that Ant's overall leverage has surpassed 60 times.