'Once the SOEs default their debt, it would turn the market upside down' 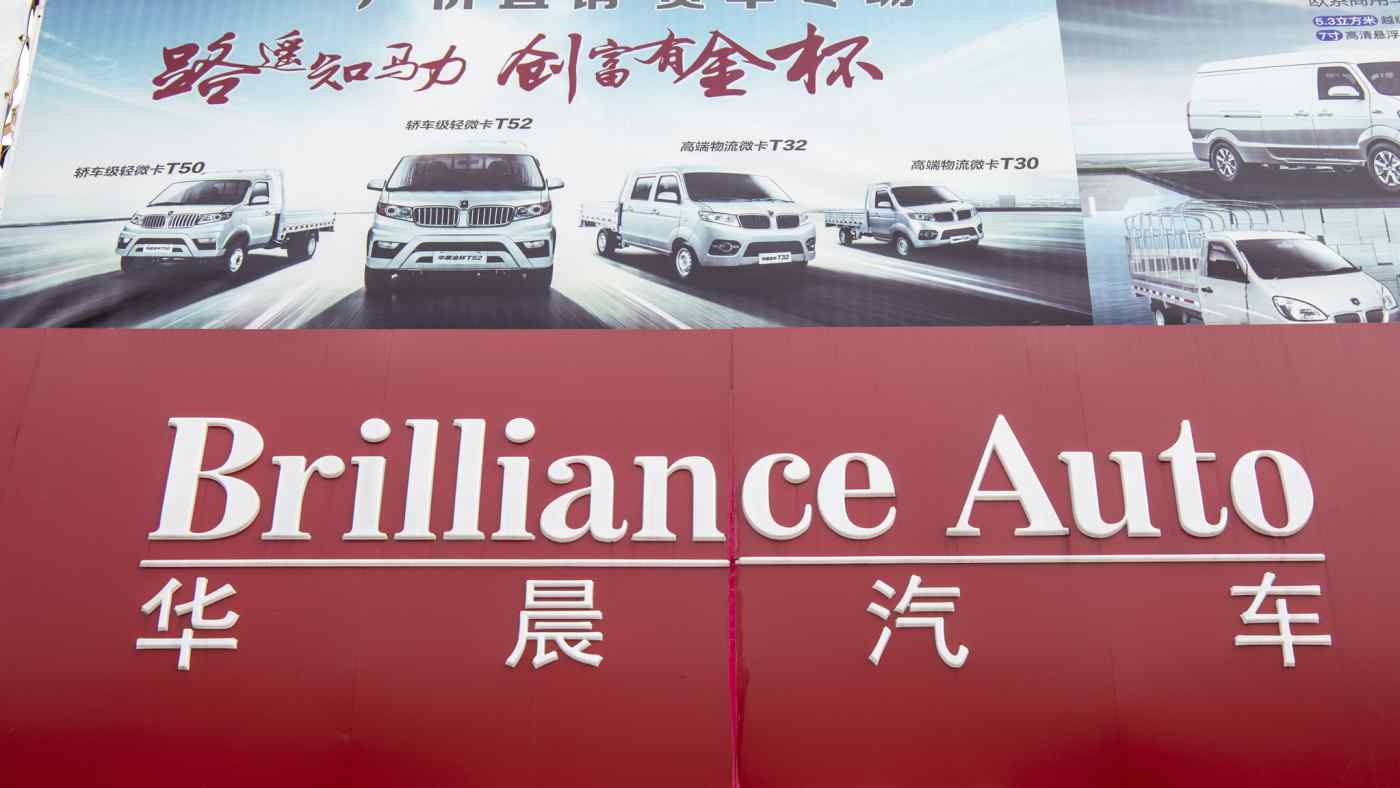 "This might be a historic credit crisis," a debt investor told Caixin, referring to a recent series of bond defaults by state-owned enterprises (SOEs).

He has been trudging between Shenyang in the northeast and Zhengzhou in central China trying to collect the debts. Both bond issuers are profit-making companies backed by local governments, so their defaults caught investors off guard and set off a chain reaction affecting other debt issuers and local government financing vehicles.

Such bondholders counted on government bailouts to reduce the risk of default by SOEs. But amid a national policy change to shift risk to markets, local governments have been unresponsive. They are now coming under criticism for allowing SOEs to default and avoiding their own responsibility for debt taken on by government-backed businesses.

"Default by SOEs is not a terrible thing," one bond market participant said. "What we fear is that the government allows SOEs to evade repayment of debts in the name of marketized default."

Now the biggest challenge for the government is how to push forward the marketization restructuring of SOEs while avoiding local credit collapses that could spark a domino effect and weigh on the economic recovery.

Since China launched a massive deleveraging campaign in 2015 to curb excessive borrowing by local governments, financial institutions and businesses, private companies' credit risks have been relatively fully exposed. That means even a large wave of defaults by private companies wouldn't disturb the market. But the risks related to borrowing by SOEs have been largely an iceberg under the water, a senior bond market participant said.

"Once the SOEs default their debt, it would turn the market upside down," he said.

The sell-off of corporate bonds triggered by the defaults of Brilliance Auto and Yongcheng has caused 60 billion yuan ($9.15 billion) of losses for bond investors, according to one brokerage estimate. Many energy companies canceled or delayed bond issuance plans over the past two weeks. A coal mining enterprise in Shanxi had to pay a 5% coupon rate for an ultra-short-term bond issued Nov. 18, 1.1 percentage points higher than an earlier bond from the same issuer.

"The deleveraging is like a storm that has drenched everyone," one fund manager said. "How can only private firms get wet while SOEs get away with it?"

Some regulators argue that all parties are responsible for SOE defaults.

"When creditors lent so much money to them, did they conduct their risk control properly?" a senior regulator asked.

Local governments should play an active role in the marketized exit of delinquent SOEs, industry insiders said. First, it's necessary to clarify and hold individuals accountable for financial fraud, structured bond issuance, illegal capital usage and asset transfer, experts said. Second, debt restructuring should be implemented based on the principles of marketization and legalization, aiming to win the trust of the market, they said. As to who should take responsibility, Chinese central bank Gov. Yi Gang indicated in an article published on Nov. 17 that investors should take on more risk as China shifts its policy to break a longtime promise of "rigid payments" in the bond market, where "a significant proportion of the risks that are clearly concentrated in the banks will ultimately be borne by the government."

Yongcheng Coal's default on a 1 billion yuan ($151 million) ultra-short-term bond due Nov. 10 came without warning. The Henan province-owned company won the highest possible rating from a domestic credit rater just last month. It sold 1 billion yuan of midterm notes last month and repaid another 1 billion yuan of notes 10 days earlier. The company's financial statement showed it had more than 32.8 billion yuan of cash and cash equivalents as of the end of September. With rising coal prices in the second half of 2020, the company was expected to generate more than 1 billion yuan of net cash flow from operations in October, according to China Credit Rating Co. Ltd.

Why did a company with ample short-term liquidity suddenly have no money to repay a bond? The reason might lie in its parent company, Henan Energy and Chemical Industry Group Co. Ltd., the province's largest state-owned company by assets. Henan Energy regularly transfers funds from Yongcheng's accounts, and it's up to the parent company to determine how the unit uses its cash and whether it can repay bonds, according to a person close to Yongcheng.

In recent years, Henan Energy expanded its business from coal and chemicals into fields such as trade, logistics and finance, with 34 subsidiaries. Most of them lose money except for the coal business. In 2019, the parent company posted a net profit of 38.8 million yuan, but Yongcheng generated 995 million yuan of net profit, more than offsetting losses from Henan Energy's other businesses.

The parent has delayed paying employee salaries as long as five months since the second half of 2018. Several leaders of both the parent and Yongcheng were sentenced to prison or investigated for corruption.

The State-owned Assets Supervision and Administration Commission (SASAC) of Henan province and the provincial government sensed a debt crisis at least a month before the default. On Oct. 5, a so-called red letterhead document circulated online stating that the Henan government injected 7 billion yuan into Henan Energy to supplement its liquidity.

But a person close to the Henan government told Caixin that although the document was issued in the name of the provincial SASAC, it didn't have the commission's official seal and it didn't represent the provincial government's position. The person said the government funds were meant to pay salaries. Nothing government can do

The government's position is that Henan Energy is going down and there's nothing the government can do, a person close to the Henan government told Caixin.

Right before the default, Yongcheng transferred some equity in a Hong Kong-listed local commercial bank to two other state-owned companies in Henan. Meanwhile, Yongcheng received some assets from other coal mining companies.

Based on book value, the reorganization might appear to make sense because the incoming assets are worth more than the outgoing assets. But the stake in Zhongyuan Bank Co. Ltd. is considered liquid assets as the bank is listed in Hong Kong, while the coal mining assets Yongcheng received are less easily converted into cash. Some creditors are alleging that Yongcheng tried to transfer high-quality assets out of the company.

Similar transactions took place with the other defaulter. In June and September, Liaoning Province SASAC-owned Brilliance Auto transferred some stakes in its controlling shareholder and a subsidiary into two newly established units. Two weeks after Brilliance failed to repay 1 billion yuan in principal and 53 million yuan in interest on a bond due Oct. 23, one of the new units pledged all the stakes it just received from Brilliance as collateral for loans.

Some creditors are suing Brilliance Auto to revoke the asset transfer. The Shanghai branch of DBS Bank (China) Ltd. filed for arbitration, seeking to freeze the automaker's related assets. DBS is a subsidiary of Singapore banking giant DBS Bank Ltd., which has 779 million yuan of loans to Brilliance that have been overdue since September.

When a SASAC approves any transfer of assets by SOEs without cash payment, it reviews only whether such transfer will result in the loss of state-owned assets but does not consider whether it will harm the interests of creditors, lawyers at Llinks Law Offices said.

The default wave also sheds light on suspected violations by bond issuers. Yongcheng, for example, was involved in structured issuance, a shady fundraising practice in which a company buys a portion of its own offerings to inflate issuance sizes and create a better image to attract investors, Caixin learned from knowledgeable sources. Financial regulators are clamping down on the behavior as industry insiders regard it as a threat to the stability of the bond market because it helps financially weak, poorly rated companies increase their risk of default.