Caixin PMI survey shows activity at weakest since May 2020 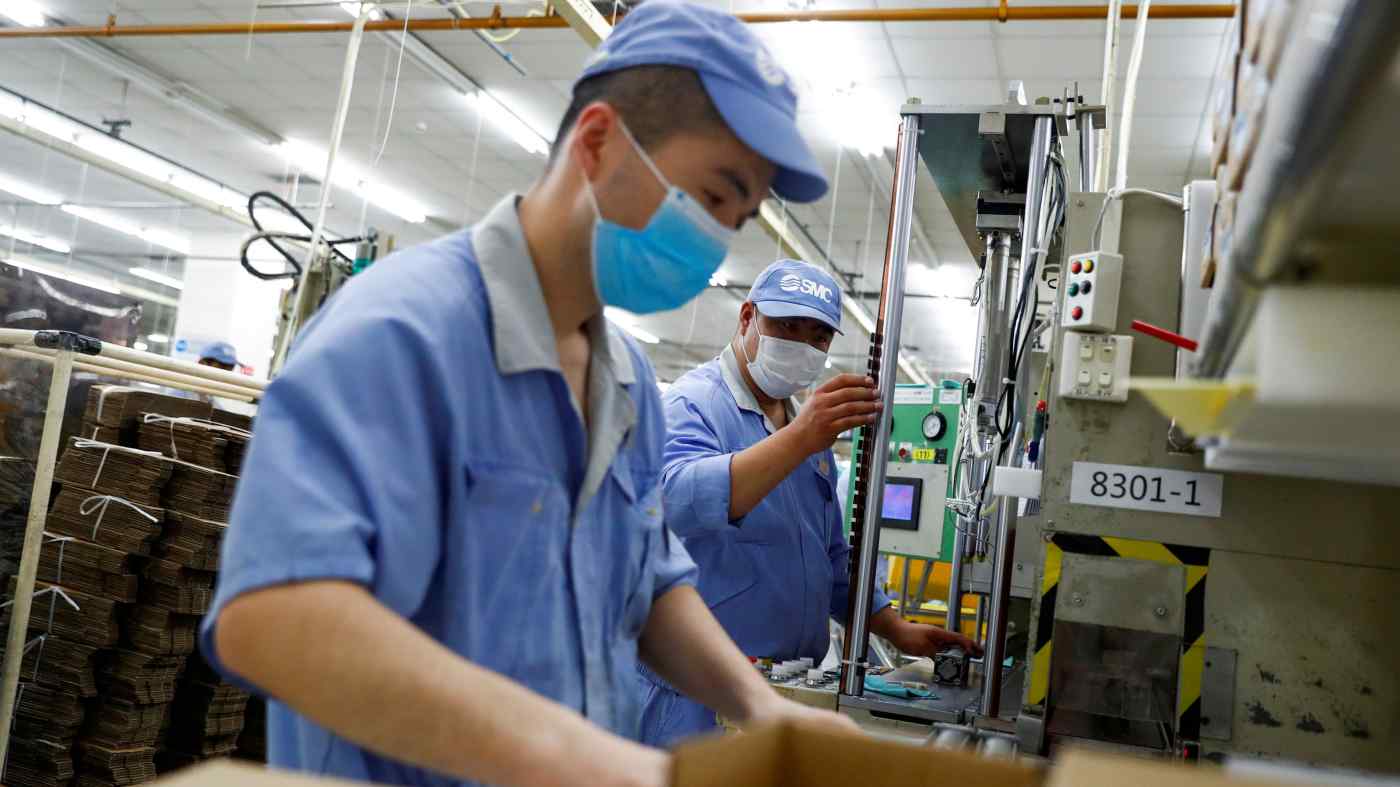 The PMI was likely affected by sluggish overseas demand, among other factors, with new export orders decreasing for the second month in a row.   © Reuters
GUO YINGZHE, CaixinMarch 1, 2021 13:40 JST | China
CopyCopied

China's economic recovery continued last month but at a slightly slower clip, as the expansion in manufacturing activity was the weakest since May 2020, a Caixin-sponsored survey showed.

The Caixin China General Manufacturing Purchasing Managers' Index, which gives an independent snapshot of the country's manufacturing sector, fell to 50.9 in February from 51.5 the previous month, according to a report published on Monday.

A number above 50 indicates an expansion in activity, while a reading below that signals a contraction. The February reading showed manufacturing activity has expanded for 10 months in a row; however, the pace slowed for a third consecutive month.

The breakdown of the PMI showed that both supply and demand in the manufacturing sector rose less rapidly, as the subindexes of total new orders and output declined for a third straight month. Backlogs of work for manufacturers decreased for the first time in nine months, another sign of weak demand.

Overseas demand remained sluggish, with new export orders decreasing for the second month in a row. "Surveyed manufacturers highlighted fallout from domestic flare-ups of COVID-19 in the winter as well as the overseas pandemic," said Wang Zhe, senior economist at Caixin Insight Group.

The job market worsened as the employment subindex declined further into contractionary territory for a third consecutive month. "Companies were not in a hurry to fill vacancies," Wang said.

Inflationary pressure picked up as costs jumped. The measure for input costs in all of the past three months hit highs not seen since December 2017. Surveyed manufacturers said the prices of raw materials, especially industrial metals, grew quickly and the price of transportation also increased, according to the survey.

Manufacturers were more confident about the business outlook for the next 12 months. IHS Markit said the positive sentiment was supported by forecasts of rising global demand as the pandemic becomes less intense and by planned product releases.

Regarding China's economy, many economists expect solid domestic growth in the near future as the pandemic situation is getting better and as the baseline last year was quite low. "The January-February macroeconomic data released in March is likely to be strong, and the possibility that the government will tighten policies based on the confirmed economic recovery is on the rise," Zhang Zhiwei, chief economist at Pinpoint Asset Management, wrote in a note earlier this month.