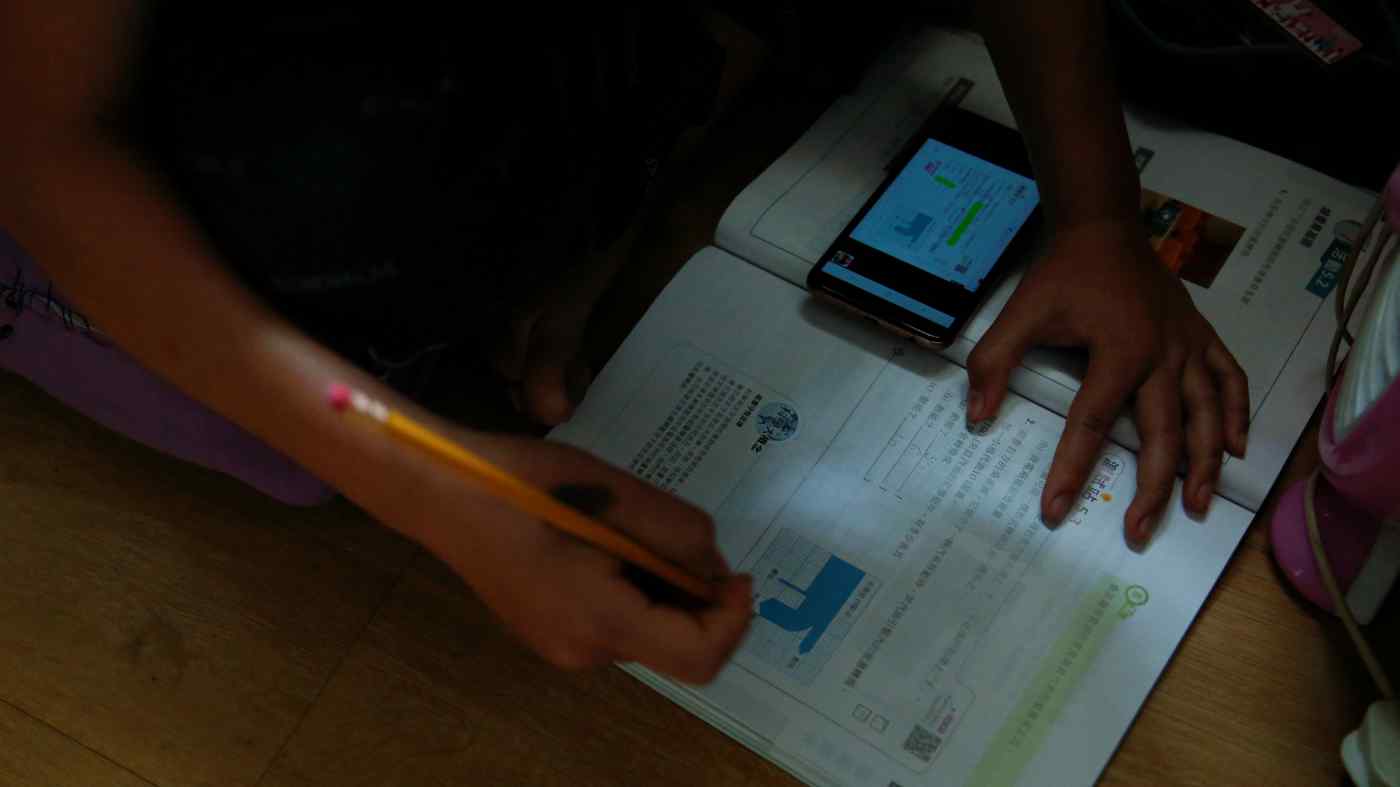 After the pandemic drove demand for remote services of all kinds, Chinese online education companies are building their war chests for another round of fierce competition, which investors say will likely continue until one emerges as the industry's dominant player.

After-school tutoring startup Yuanfudao told Caixin it had secured $300 million in a December financing round, on the eve of Chinese schools' one-month winter holiday, when demand for online education spikes.

The latest funding comes just two months after its valuation hit $1.5 billion in the wake of a $2.2 billion series G round. That valuation was more than twice the figure from a year earlier and made it the world's most valuable education unicorn, as investors bet on the Beijing-based operator of live tutoring and online homework platforms.

U.S.-listed rivals such as GSX Techedu and TAL Education Group are also rushing to raise fresh cash, even as the requirement to spend big on marketing means any chance of a profit remains remote -- indeed losses are widening.

"You have to spend two bucks before you earn a dime," Michael Yu, founder and president of the after-school tutoring agency New Oriental Education and Technology Group, said in a speech last month. The sector saw $15 billion of investment last year but only had revenue of a few billion dollars, he said.

If you don't raise money when everyone else is, you'll fall behind, said Liu Zhanxiang, an education analyst at investment bank China Renaissance Holdings. "Even though there is abundant money coming into the online education sector from investors, the strong players are likely to get stronger, and the weaker ones will get weaker," he said.

All e-learning companies' marketing costs make up more than half of total spending, and profits will only come when this falls under half, Yu said. However, a constant supply of new customers is necessary as student retention remains a problem, with less than a third sticking with an online education provider for over a year.

The companies are mostly reporting strong sales growth. The online school unit of TAL Education, Xueersi Online School reported over 2.9 million classes "without discount" were sold during the 2019 summer holiday from June to August, up about 100% from the year earlier. Middle- and elementary-school tutoring platform Mishumao.com said it saw 350% growth over the same period, selling 1.7 million classes.

But it can be difficult to gauge how many students these numbers represent, as the companies only release data about the number of classes sold. This is likely significantly higher than actual student numbers as people tend to attend multiple classes.

Also, the key metric is not how many classes are sold, but how many are sold at normal prices. Sales figures are subject to manipulation as companies often sell them at a significant discount. GSX Techedu counts all classes sold for over 99 yuan ($15.33), a far lower threshold than most other companies, industry players said.

Student numbers have also been subject to fraud allegations, with short-seller Muddy Waters claiming in August last year that some 80% of GSX Techedu users were bots and it was vastly overstating its revenue. Those allegations led to a probe from the U.S. regulator.

GSX's third-quarter revenue of 1.99 billion yuan represented a deceleration of year-on-year growth to 252.9%, compared with 461.5% growth in the third quarter in 2019. It reported a 933 million yuan loss that quarter, down from a small profit the year earlier. In the following fourth quarter of 2020, it said profits grew 658.7% to 175 million yuan on revenue of 935 million yuan

Youdao, an online education subsidiary of internet giant NetEase, experienced a loss of 878 million yuan in the third quarter, widening from a 242 million yuan shortfall the previous year. New Oriental saw its loss increase more than 10 times to 758 million yuan.

Despite these losses, the sector is still flush with cash as school closures due to the COVID-19 pandemic have driven investor enthusiasm.

Out of the 10 education service companies that secured the most investment in the first half of 2020, nine are online education agencies, according to data provider Beijing Tianyancha Technology.

More than three quarters of the new funding for Chinese e-learning companies last year went to Yuanfudao and Mishumao.com, according to Tianyancha.

In 2020, Yuanfudao took in $3.5 billion. Mishumao.com planning a new round of financing that will be announced soon, inside sources told Caixin, Mishumao.com's last valuation was $6.5 billion after a $750 million series E round in June last year.

U.S.-listed TAL Education said in November that it would sell $1.5 billion of yuan-denominated shares to an investment firm. GSX announced in December that a group of investors would buy $870 million of new shares in the company, which it would spend on developing classes and technology, as well as hiring more teachers.

However, people at a leading company said that most of the cash these companies are raising is not going to improve the quality of their services but instead is being spent on marketing.

"It is not normal to do business while burning through money, but my idea has changed now that the market is being restructured, so much capital flowing in," GSX founder Chen Xiangdong said in December. "The company can tolerate losses at this stage of expansion and we need to focus on the life cycle of our customer base, instead of aiming to make a profit from the first order."

Competition in the online space is likely to get fiercer as traditionally offline-focused players increasingly look to move online to offset a drop-off in demand at their brick-and-mortar locations.

Online education institutions also need to look out for challenges from offline competitors, if they are to survive, according to Z-Edu's Yu.

Even though China has mostly gotten its domestic COVID-19 epidemic under control, fear of returning to classes means parents are leaning more on online extracurriculars.

Even though 90% of its offline courses went online, the company took on fewer students due to weaker learning outcomes in internet classes, the company's third-quarter financial report said.

Offline education specialist New Oriental said it is pursuing an "online-merge-offline" strategy, in which it has invested $39 million. Chief Financial Officer Yang Zhihui said this pivot has already seen its student numbers spike after rolling out online classes in over 20 cities. Yang said the company plans to expand its geographical range with further investment.

But it is not easy to bring offline courses online, Liu Zhanxiang at China Renaissance said. "Small-to-medium offline tutoring agencies without an existing online course system would have difficulties building digital infrastructure. It would be easier for big institutions to do so, but it still takes time," Liu said.