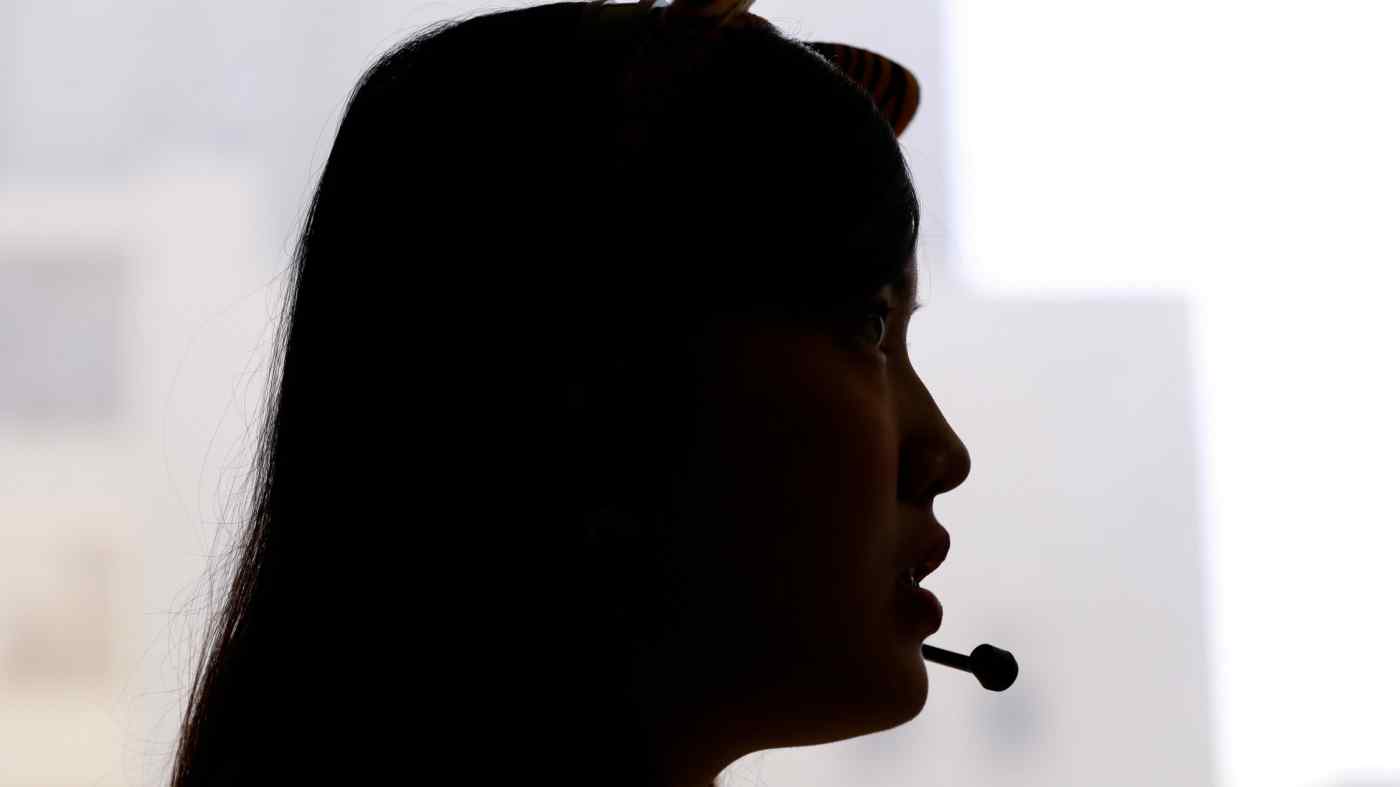 Private one-on-one tutoring company Xueba100.com appears to have collapsed, based on its sudden halt of most operations, leaving thousands of employees jobless and owed back wages, and students and parents seeking refunds for hours of prepaid tuition.

The apparent collapse comes just two months after another private tutoring company, Youwin Education, similarly crumbled, prompting hundreds of parents to turn up at the company's Beijing headquarters to demand their money back.

To bridge the gap, some of the better-established players have turned to capital markets to recently raise millions of dollars, hoping to ride out the tide until the competition subsides.

Several employees told Caixin on Sunday that Xueba100 appeared to be teetering on the brink of a crisis, after the company's offices went silent and many of its mid- and upper-level managers became unreachable.

A Caixin reporter who visited the company's headquarters in northeast Beijing on Monday saw several dozen parents in search of refunds for tuition they had already paid. They demanded to see upper management several times, but the company failed to send anyone of rank to meet with them. Instead, several personnel from the company's finance department were on hand, helping people to register for refunds. Meantime, most desks at the office were empty.

At the same time, employees from one of the company's rivals, TAL Education, were making low-key appearances at the office in attempts to recruit potential new students and hire away employees who had apparently lost their jobs.

"Yesterday we were told in an online group that this afternoon there would be interviews at the office," said one Xueba employee. "We were told there would be someone taking over, but we didn't know it was TAL." 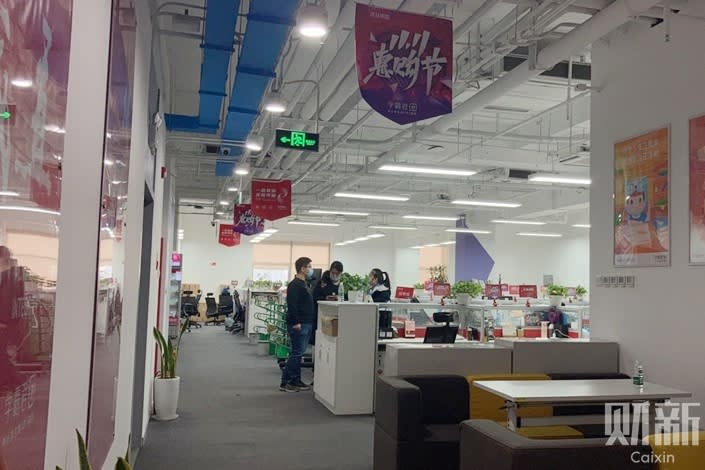 A Caixin reporter who visited the company’s headquarters in northeast Beijing on Monday saw that most of its desks were empty. (Photo by Caixin)

Several calls by Caixin seeking official comment from Xueba, including from its founder and CEO Zhang Kailei, went unanswered.

China's online education sector has boomed in recent years, seizing on a culture that places strong emphasis on education, especially for the young. The rapid development of online technologies has helped companies to get up and running quickly, and also to win sizeable student bodies in relatively short periods. But the result of easy entry has been stiff competition that has left most of the newer arrivals losing money.

"Online education is a tough space to really establish differentiation, and there are low or no barriers to users switching to new providers," said an analyst who follows the sector at a mid-sized brokerage, speaking on condition of anonymity due to company policy. "With such fierce competitive dynamics, it's not a shock to see so many companies struggle. My hunch is there will be more firms to follow. This space is as difficult to crack as it is attractive."

One provider, New York-listed GSX Techedu, made similar references to the current state of the market in a recent call to discuss its quarterly earnings. "Regardless of the intense competition today, we still see vast potential in the online education industry and are fully prepared to explore all possibilities based on the solid foundation that we have built over the past years," said Chen Xiangdong, who also goes by Larry Chen.

Xueba is a relatively older company in the space, with history dating back to at least 2013. It had raised millions of dollars through six fundings over the years, including the last that raised $100 million at the end of 2016. Its backers over the years have included an A-list of venture capital companies, such as China Merchants Capital, Qiming Venture Partners, Trustbridge Partners, Temasek and Vertex Ventures.

But signs of trouble began to emerge this year as a growing number of people became unhappy with the service. In the year through Dec. 28, the company had received 2,767 complaints, many involving difficulty getting refunds.

One worker at the company's headquarters on Monday told Caixin that people would be given the option of trading in their one-on-one tutorials for one-on-six sessions, with price differentials to be refunded in extra classroom hours. The employee couldn't make any promises on refunds. "We can only give a refund voucher with an official seal, but we can't guarantee a refund," the worker told Caixin.

The employee added that other employees who arrived to process refunds that day had only been informed the previous afternoon, and added that many employees are currently owed one to two months of salary themselves.

Xueba100's apparent collapse comes as many of its peers are losing money, despite the growing attraction of online learning during the COVID-19 pandemic that earlier caused many schools in China to close. Some of the larger, more established players are building up war chests by raising big funds, seeking to weather the storm until the situation subsides.

In the latest move on that front, New York-listed TAL Education Group, which was founded in 2003, said Monday it would raise $3.3 billion through a private placement of shares and convertible notes to a group that included private equity giant Silver Lake.

Also on Monday, Beijing-based online education startup Zuoyebang announced the completion of a $1.6 billion funding, just six months after receiving a $750 million investment from a group of investors, including FountainVest Partners and Tiger Global Management.