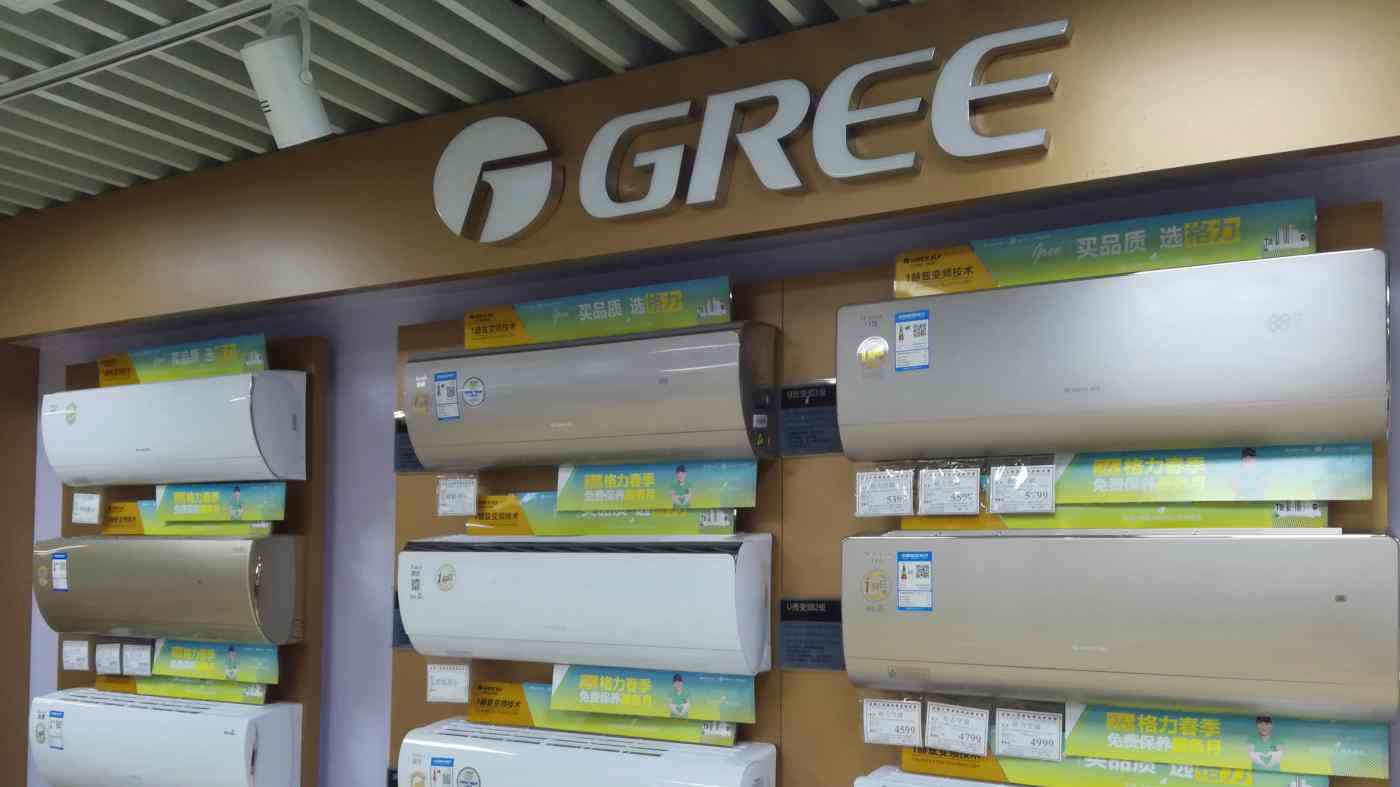 Gree air conditioners on sale in Shanghai. The Chinese company has agreed to pay a fine over faulty dehumidifiers sold in the U.S.   © AP
ZHAI SHAOHUI and KELSEY CHENG, CaixinNovember 2, 2021 15:26 JST | China
CopyCopied

Chinese home appliance maker Gree Electric Appliances of Zhuhai has agreed to pay a $91 million fine to resolve criminal charges over faulty dehumidifiers sold in the U.S., according to federal prosecutors.

Gree employees, including high-level executives, knew about the defects in September 2012 but the company continued to sell the devices for at least another six months, according to the statement. Gree eventually recalled the defective dehumidifiers almost a year after learning about the defects.

Gree Electric Appliances and Gree Hong Kong entered into a deferred prosecution agreement, authorities said, meaning that the companies will avoid criminal prosecution, while Gree USA has agreed to plead guilty to willfully failing to report consumer product safety information to regulators. The firms have also agreed to provide restitution to victims of fires caused by the defective dehumidifiers.

The faulty dehumidifiers, which were manufactured by Gree Electric Appliances, imported by Gree Hong Kong and sold by Gree USA, caused 450 fires and resulted in more than $19 million in property damage, according to a notice published by the U.S. Consumer Product Safety Commission.

The $91 million penalty included a $15.45 million civil penalty that was paid in 2016, according to authorities.

The rest, amounting to $75.75 million, was paid in another recent agreement reached by Gree Electric Appliances and U.S. authorities, according to a statement released by the appliance maker on Sunday.

"The issues involved in the above agreements all occurred eight years ago and there have been no recurrence of such problems after 2013. The amounts involved have been paid in full and would not affect the company's operations and performance this year," Gree said.

Two Gree USA executives are facing criminal prosecution for their alleged roles in the failure to report the defective dehumidifiers, U.S. authorities said. They have pleaded not guilty and face trial in March 2022 in Los Angeles.

Gree, one of the domestic leaders in the air conditioner market, reported a 15.66% drop in net profit in the third quarter to 6.19 billion yuan ($967 million), while revenue fell 16.5% to 47 billion yuan, according to earnings released on Wednesday. The company has maintained healthy cash flow this year, with net cash flow from operating activities reaching 6.46 billion yuan in the first nine months, up 113.12% from a year ago.