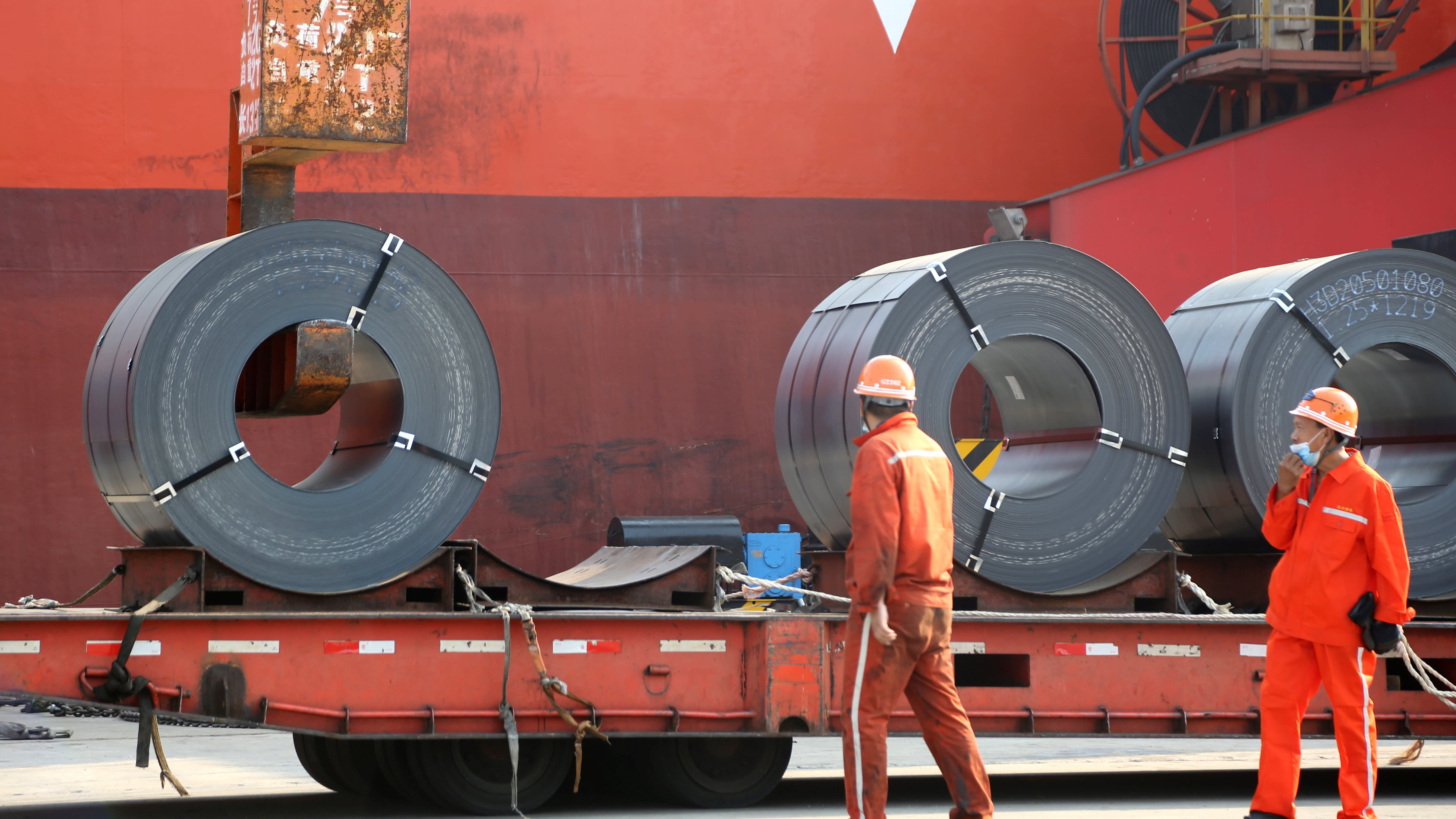 China's strong manufacturing recovery lost half a step in September despite new business expanding at the fastest pace since January 2011, aided by a solid rebound in export sales.

The Caixin China General Manufacturing Purchasing Managers' Index, which gives an independent snapshot of the country's manufacturing sector, edged down to 53 in September from 53.1 in August, reflecting the sector's continued health, according to a report released on Wednesday.

A number above 50 signals an expansion in activity, while a reading below that indicates a contraction.

The index's performance "indicates the post-coronavirus manufacturing recovery has stayed strong, managing to even accelerate over the past two months," said Wang Zhe, senior economist at Caixin Insight Group.

The breakdown of the September Caixin PMI indicated that both supply and demand were increasing, as the subindex for total new orders again hit a more than nine-year high -- helped by sharply rebounding overseas demand -- after also doing so for the previous two months.

The gauge for new export orders climbed to the highest in three years. The strong demand facilitated recovery in production, with the output subindex staying high. Surveyed enterprises said that the fallout from the epidemic was gradually fading and orders were rapidly increasing, according to the survey.

In line with the positive trends seen for new orders and output, manufacturers raised their purchasing activity again in September and at the fastest pace since January 2011, according to the survey. 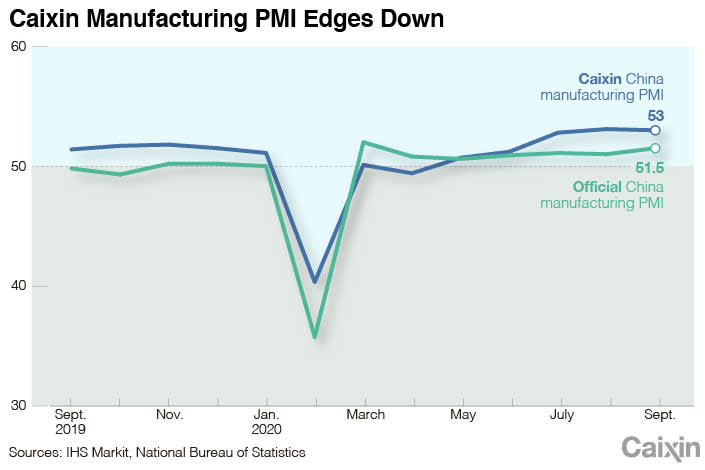 There were some positive signs for the job market, as the employment subindex climbed into expansionary territory for the first time this year, ending an eight-month period of contraction, though it just barely breached 50 -- the threshold for expansion.

"In the survey, some companies said they had begun increasing staff to meet rising demand, but a large number of companies remained cautious about adding new employees," Wang said. Greater amounts of new business added further pressure on operating capacities, as highlighted by a sustained increase in backlogs of work, according to the survey.

Manufacturers remained generally confident that production would rise over the next 12 months. Notably, the degree of positive sentiment improved to a three-month high. "Growth forecasts were underpinned by hopes that client demand and global economic conditions will strengthen once the pandemic is over," London-based analytics company IHS Markit said in a statement accompanying the PMI data.

However, companies' profit margins were under pressure, as input costs rose at a faster pace than the previous month while output prices grew at a slower clip.

China's official manufacturing PMI, which was also released on Wednesday ahead of the weeklong Chinese holiday beginning Oct. 1, rose to 51.5 in September from 51 the previous month. The official PMI polls a larger proportion of big companies and state-owned enterprises than the Caixin PMI, which is compiled by IHS Markit.