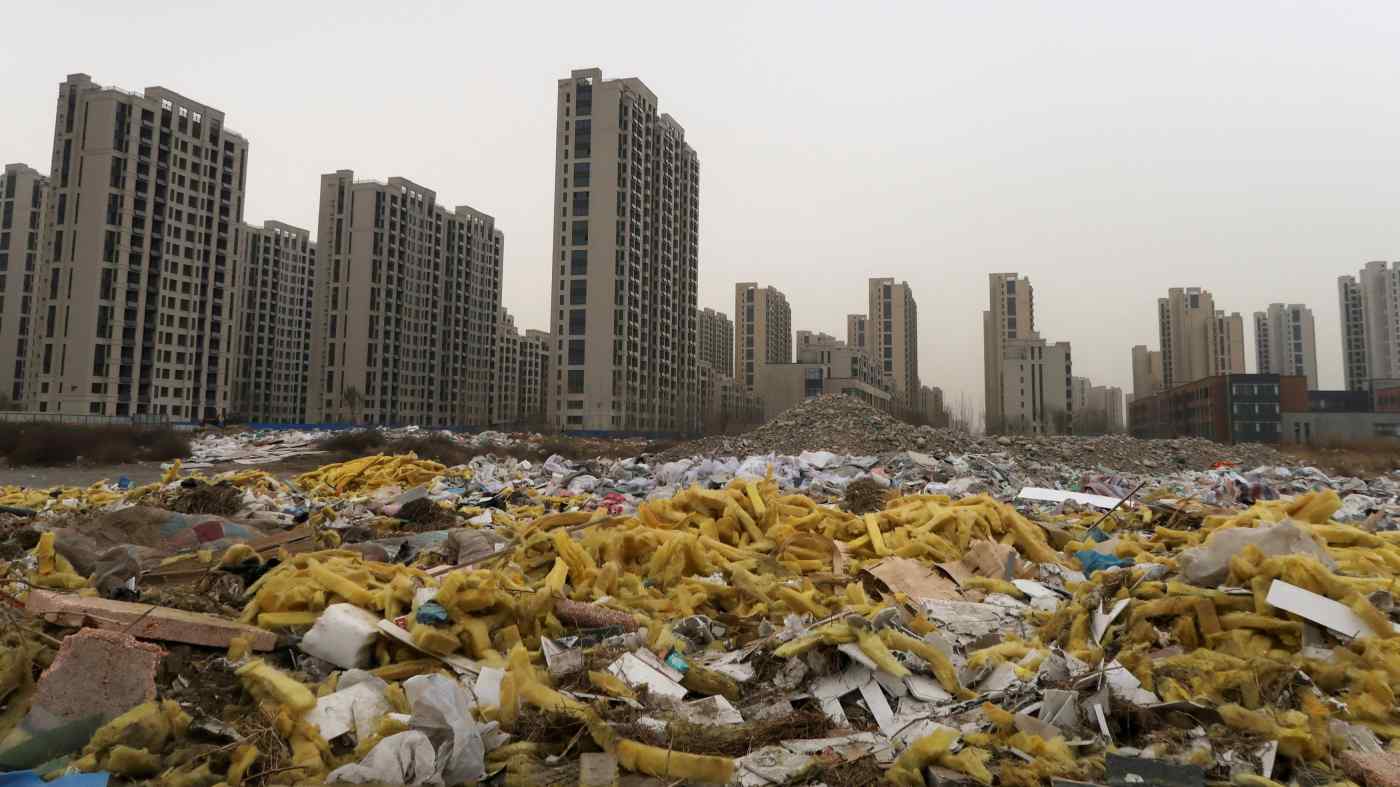 China Vanke has said it will give more weight to real estate management and services, as the country's largest property developers tweak business models to bolster profitability amid tighter government restrictions on borrowing.

The move heralds a shift away from the Hong Kong- and Shenzhen-listed company's focus on real estate development in favor of a multipronged approach that balances other aspects of its business, management said at Vanke's annual general meeting on Tuesday.

"It's getting harder to make money from the development business," said President and CEO Zhu Jiusheng at the shareholders meeting. The company's property management and services businesses need to make breakthroughs in concepts, technology and implementation, he said.

China's largest developer by market value is trying to ease reliance on its core property development business amid heightened official scrutiny. It is also working with an adviser to prepare for a potential $2 billion listing of its management arm in Hong Kong.

Since halting unproven new ventures in 2018, Vanke has consolidated its core business around real estate development, subordinating other interests like property services, logistics and storage.

But the development-oriented strategy has clashed with government rules issued last year known as the "three red lines," which slapped new borrowing limits on some major property companies in a highly indebted sector that accounts for around 29% of China's economic output.

"Vanke should no longer be greedy and nostalgic for the high-margin real estate era of the past," said Yu Liang, Vanke's chairman of the board. "For this reason, Vanke must shift from real estate headquarters to group headquarters and put efforts into transformation and development."

"In the past, the key to [property] development was getting hold of the money, buying the right land, getting the product right, and setting the right standards," Zhu told the meeting. "But management-oriented services don't make as much money, and customer needs are constantly shifting. We should make changes in our iteration cycles and in discerning the needs of customers."

Property management and services both face the problem of low returns, Zhu added. "If you use an asset-light model, it's not easy to increase revenue and profit. And if you use an asset-heavy model, the net income from operations depends on whether you can cover the cost of capital, otherwise it won't create value for shareholders."

The three red lines restrict access to financing for certain major property developers unless they have a liability-to-asset ratio of less than 70%, excluding advance proceeds from projects sold on contract; a net debt-to-equity ratio of under 100%; and cash holdings that are at least equal to short-term debt.

Developers have responded by slashing leverage, spinning off noncore assets, and attempting to raise equity for affiliates in an effort to shore up balance sheets. The strategy appears to be working, with developers' net borrowing turning positive in April for the first time in nine months, thanks to having significantly less debt to pay back.

Despite failing to meet each of the red-line metrics last year, China Evergrande Group, the country's most indebted developer, issued 8.2 million yuan in bonds that month, followed by Vanke, which issued 5.4 billion yuan.

Evergrande has since shown other signs that its short-term debt burden is easing. But concerns about its financial health persist, with Moody's Investors Service downgrading the company to a B2 rating this week, citing its "weakened funding access and reduced liquidity buffer given its large debt maturities in the coming 12-18 months."