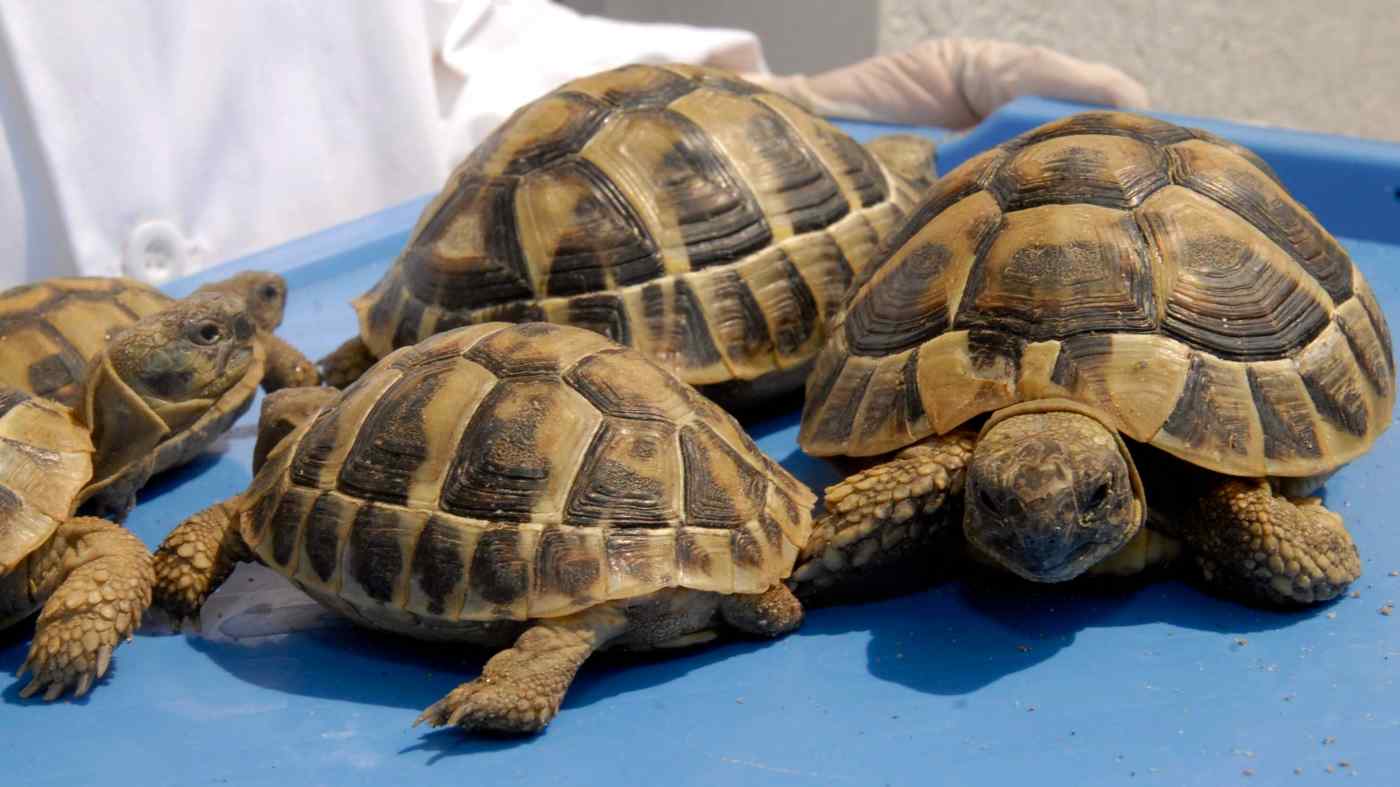 Hermann's tortoises are listed in appendix II of the Convention on International Trade in Endangered Species of Wild Fauna and Flora (CITES) and are managed in China according to the second level of national protection.   © AP
NIE YIMING, KANG JIA and BRUCE SHEN, CaixinJune 26, 2022 11:56 JST | China
CopyCopied

Wang Lei served over 200 days behind bars after he was prosecuted in 2020 for owning 14 artificially bred Hermann's tortoises, an endangered species. He was set to serve another two years -- until a notice from the country's top court caused the local procuratorate to withdraw the charges.

Wang, a farmer in Yucheng, Shandong province, had purchased the captive-bred Hermann tortoises in 2018. Following his arrest two years later, Wang was initially sentenced to three years in prison and fined 40,000 yuan ($5,980) by a court in the city for illegally purchasing rare and endangered wildlife under national protection.