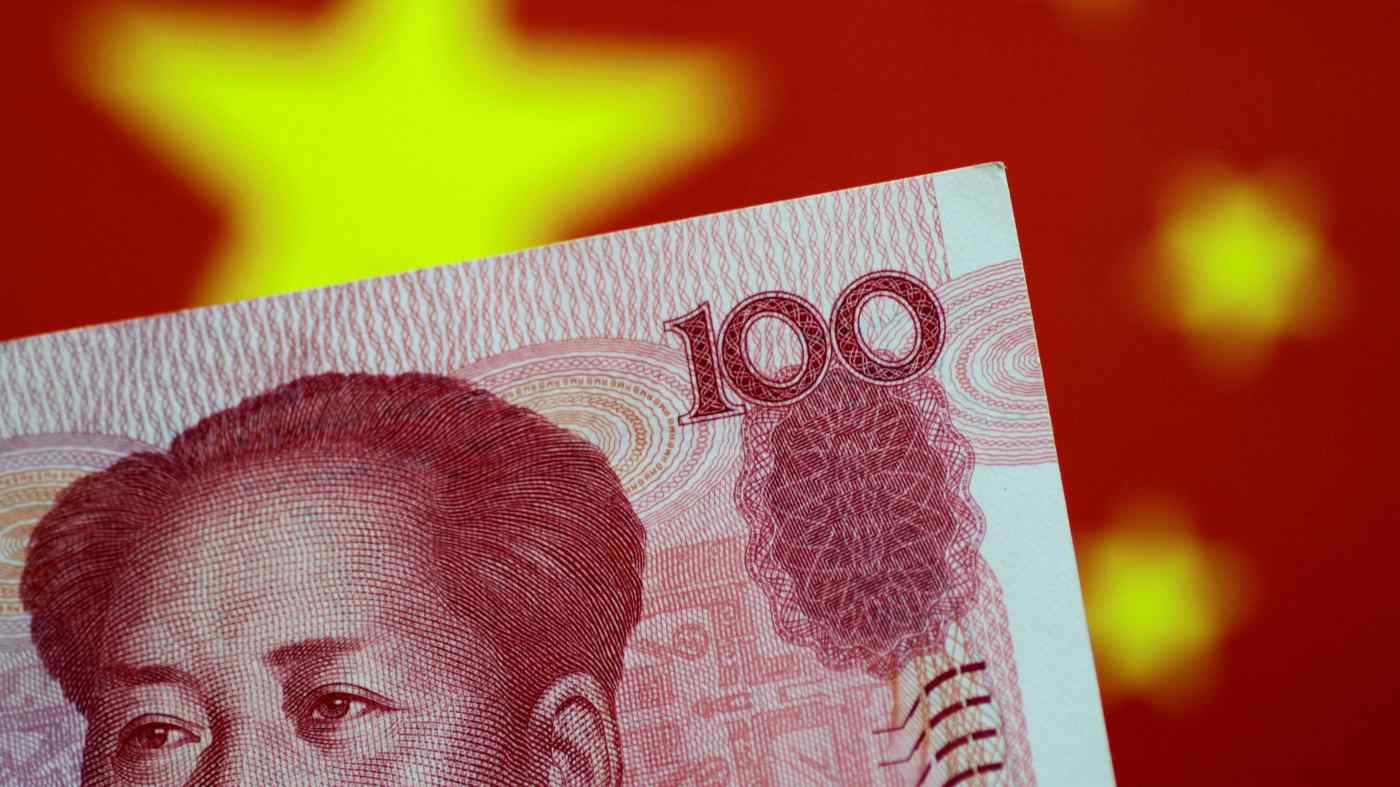 Halfway through what is supposed to be the final year of a transition to sweeping new rules covering asset management in China, the bank-based sector of the $3.9 trillion industry is deeply mired in a struggle to accomplish all it needs to by the end of 2021.

Wealth management products (WMPs) issued by banks, which account for a third of the industry, face the most dramatic transition under the new rules. While some WMP units created by banks under new regulations have made significant progress in revamping their business, sketchy practices remain, according to industry experts.

Bank WMP operations are having a hard time getting away from the practice of offering investments that guarantee the principal, insiders say. The sector is focusing too much on size and scale in the belief that bigger is better. Some WMPs are loading up on bonds and risky debt issued by local government financing vehicles while neglecting investments in stocks. Meanwhile, regulators are cracking down on asset managers manipulating benchmarks to burnish their products. To add to problems, the entire bank wealth management sector faces a talent shortage.

The situation threatens to leave the government's long-delayed industry overhaul in shambles, experts warn. The revamped asset management rules are aimed at curbing off-balance sheet "shadow banking" that has been seen as a threat to China's financial stability. A chief goal is to ban banks from guaranteeing returns on WMPs, a practice that encourages investors to dump money into risky, high-yielding assets while expecting state protection if the underlying investments fail, thus posing significant risk to the financial system.

As of the end of March, Chinese banks issued 25 trillion yuan ($3.9 trillion) worth of WMPs, according to figures released by the China Banking Wealth Management Registration and Depository Center. The WMP units of the state-owned "Big Four" banks -- Industrial and Commercial Bank of China (ICBC), Agricultural Bank of China, Bank of China and China Construction Bank (CCB) -- together manage about 4.45 trillion yuan of assets.

Since the new WMP rules were issued in 2018, banks have come under tremendous pressure to move away from offering principal-guaranteed WMPs. Instead, the products are supposed to be valued on the basis of net assets, and returns will fluctuate. Before the new rules, WMPs with guaranteed principal accounted for about 30% of the industry. In the past three years, more than 90% of these products have left the market. As of the end of March, net asset-value WMPs accounted for 73% of the market.

However, implementation of detailed rules on how to calculate the value of WMPs has been delayed until Jan. 1, 2022. In the meantime, companies are using different accounting methods, and some WMPs are not able to report the valuation of underlying assets in a timely way.

Meanwhile, WMP investments in trusts, brokerage entrusted assets and funds have significantly declined. As of the end of 2020, bank WMPs held 8.9 trillion yuan of various asset management products, or 34.5% of their portfolios. That was 26% less than before the new rules.

Bank WMPs instead are investing more in standard assets including government bonds, corporate bonds, interbank certificates of deposit, credit asset-backed securities and exchange-traded asset-backed securities. As of the end of 2020, bank WMPs invested 64% of their assets in bonds -- up 20 percentage points -- while investment in nonstandard assets dropped nearly 6 percentage points to 11%.

Smaller bank WMP units still face challenges in acting as money managers. For example, some WMP units are told by their bank parents to buy bonds underwritten by the banks. In that case, the units are acting in the interest of bond issuers rather than that of their clients, a senior asset manager said.

Some WMP units also entrust most of their funds to be managed by public offering funds, which are similar to mutual funds, and insurance companies, the person said.

"If WMP units only act as an intermediary agent of capital, what's the point of setting up these units?" the senior asset manager said.

To avoid big fluctuations in net asset values, the new WMPs that are not guaranteeing principal are investing more money in fixed-income assets, especially bonds. Such investments make up more than 60% of the portfolio of the WMP unit of ICBC, according to Chinawealth.com, an official site tracking the industry.

These WMP units are still in the early stages of exploring equity investments. China Everbright Bank recently said only 2.3% of Chinese banks' WMP units' assets were invested in equities in 2020. More than 70% of those companies did not invest in stocks, the bank said in a report. Among the 21 bank WMP units in operation, only Everbright Bank and China Merchants Bank have directly invested in stocks.

The net asset values of equity WMPs do fluctuate greatly. For example, an equity WMP launched by China Everbright Bank's unit in May 2020 -- the first such product by a bank WMP unit -- invests in health care-related stocks. In March, when China's stock market hit its 2021 low, the net asset value of the WMP suffered significant losses before rebounding. While banks are banned from guaranteeing returns on WMPs, they can provide a performance comparison benchmark when selling the products. Such benchmarks are the basis for calculating the management fee for the products and do not promise returns. For example, China Everbright Bank's health care-stock WMP uses a benchmark based 80% on the CSI 800 index, 15% on the CSI Aggregate Bond Index and 5% on the deposit interest rate. But in practice, many clients still take the benchmark as an expected return, and some salespeople also pitch the products that way, a person at a bank WMP unit told Caixin.

To attract clients, some companies set an inflated benchmark, potentially misleading consumers and creating excessive competition, according to industry insiders. In a new guideline issued in May, the China Banking and Insurance Regulatory Commission (CBIRC) banned marketers of WMPs from solely or prominently using absolute figures or ranges to highlight performance benchmarks. The rule is expected to bar sales staff from advertising expected returns for WMPs, helping to remove "implicit guarantees" for the products and expedite the transition to net asset-value products, the CBIRC said.

The new rules take effect on June 27, with the CBIRC setting a six-month transition period for wealth management companies to comply.

Some industry participants are concerned that without an absolute figure or a range, it will be difficult to explain to investors how a WMP is expected to perform. In the actual sales pitch, wealth managers may verbally give potential clients a range even though it cannot be explicitly written in the prospectus, a person at a bank WMP unit told Caixin.

To compete for clients and expand their business, some WMP units invest via trust companies in private placement notes, which are valued at their purchase price and therefore can reduce net asset-value fluctuations. Some trust companies also offer to help bank WMP units to adjust the income of their products.

Caixin learned that in one common practice, a trust company may set up a trust plan in which at least 80% of the assets can be valued at cost. Then multiple WMPs from the same bank will subscribe to the trust plan. These different WMPs can adjust their net asset values and returns through transactions within the trust plan. For example, when one WMP has a negative net asset value, it could purchase a bond at a low price from another WMP in the trust plan, then sell the bond back at a higher price and increase its net asset value.

Such practices take advantage of loopholes in the new WMP rules but deviate from the regulations' principles, as they allow WMPs to avoid disclosing the true value of underlying assets, said a person at a bank WMP unit. Such practices may smooth out the net asset value of a WMP but could pose potential risks to the whole industry, he said.

Regulators are conducting on-site checks at bank WMP units and may focus on such issues, Caixin learned from people close to the regulators.

In addition, many private placement notes in which WMPs invest through trust plans are issued by local government financing vehicles -- key drivers behind the growth of shadow banking. One purpose of the new WMP rules is to tighten regulations on shadow banking. If bank WMPs invest in private placement notes of LGFVs, it all goes back to the starting point, a person at a brokerage said.

A lack of talent is also hobbling development of WMP operations at banks. An executive at a WMP unit said his company's biggest obstacle is the inability to recruit the right people because of uncompetitive compensation and an unappealing company culture. Professionals who have long worked at market-oriented financial institutions do not like the state-owned enterprise style of Chinese banks, the executive said.

Most bank WMP units have 200 to 300 employees. The unit at ICBC, the largest based on assets under management, has about 280 employees, many fewer than fund management companies of comparable size.

A person at a bank WMP unit said it is particularly difficult to recruit investment and research analysts and equity investment experts because public offering funds usually pay more competitive salaries than banks.

Talent hired from market-oriented companies require time and expense to integrate into a bank's culture. About 64% of CCB Wealth Management's employees are recruited from outside CCB, said Xie Guowang, president of the WMP unit. The company is still exploring how to make full use of such workers while also helping them integrate into CCB's culture.

In the short term, bank WMP units still need to serve their parents' customers, while it remains hard for outsiders to understand the corporate culture, Xie said. For example, when choosing what assets to invest in, recruits from market-oriented operations often have a very different style.

"Many of the bonds they scrapped from the portfolio are actually what we have invested in repeatedly in the last decade or so," he said.

Wang Liwei and Xia Yining contributed to this report.