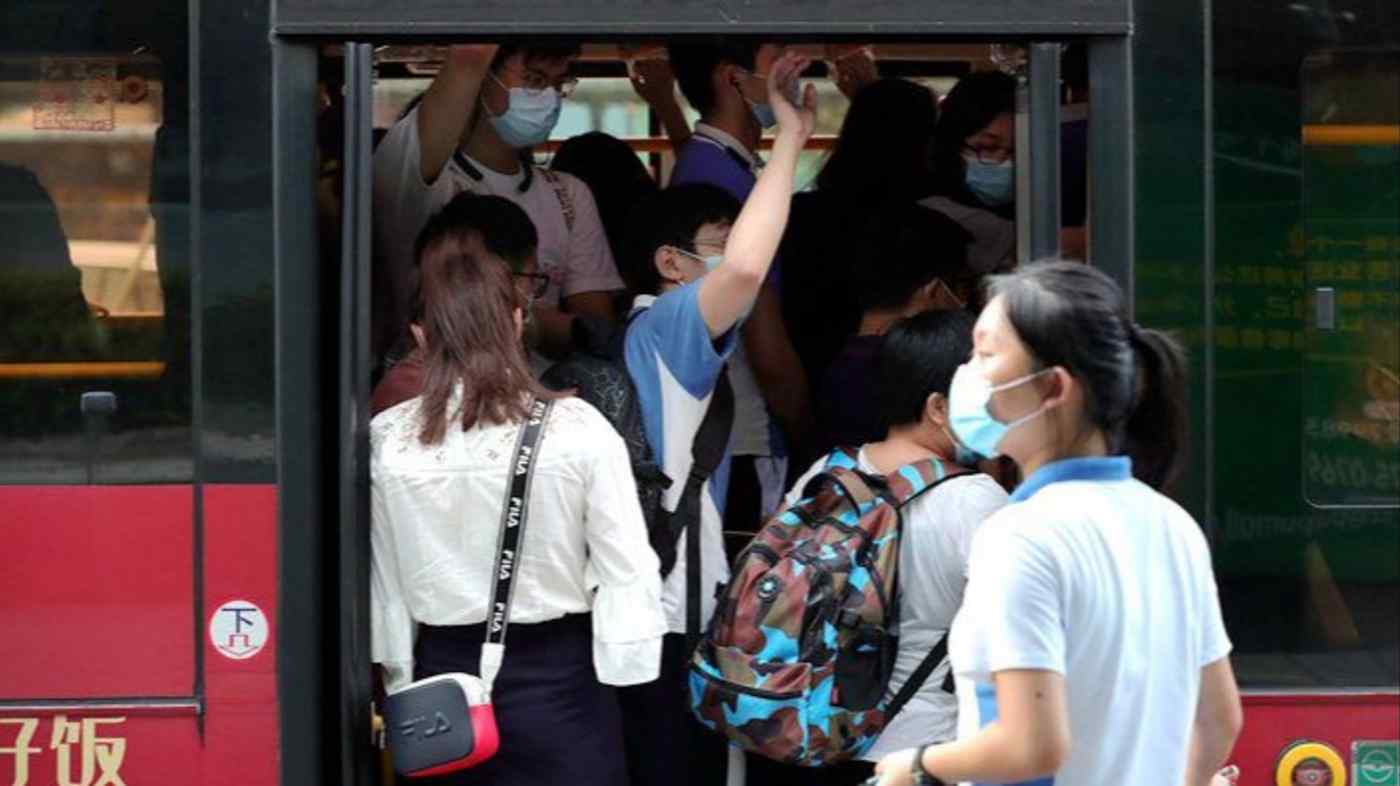 Evidence has been mounting that airborne virus particles, such as found in buses and trains, can infect people with COVID-19.
FLYNN MURPHY, DI NING and YAN GE, CaixinSeptember 4, 2020 21:31 JST | China
CopyCopied

As a bus full of Buddhists approached a temple in the port city of Ningbo, Zhejiang Province on Jan. 19, the 68 people on board could not have known that one of them was spreading a frightening new virus.

Twenty-four of the passengers would later be diagnosed with COVID-19. Ningbo and Zhejiang public health officials suspect they contracted it during the 100-minute round trip.

But it is the way the virus appears to have spread -- in part via the bus's air conditioner system, which was set to recirculation mode -- that has experts concerned. They say it adds convincing evidence that the coronavirus can spread through the air in closed environments, instead of just through droplets from an infected person sneezing or coughing.

The late January bus journey and another one by 60 people who rode to the same event on the same day, but none of whom were later diagnosed with COVID-19, forms the basis of a natural experiment documented by Chinese and U.S. scientists in a paper published this week in JAMA Internal Medicine -- a peer-reviewed journal published by the American Medical Association.

Previous studies have suggested SARS-CoV-2, the virus that causes COVID-19, can survive for up to 16 hours in the air. But evidence that the airborne virus particles can actually infect people has been more difficult to find.

In the study, the researchers -- led by Ye Shen, a Ph.D. student at the University of Georgia College of Public Health -- mapped the bus according to where each passenger was sitting. They found that people sitting closer to the source patient did not have a significantly higher risk of falling ill than those who sat further away.

They relied on demographic and contact tracing data collected by local epidemiologists at the Center for Disease Control and Prevention in Ningbo, and at the Zhejiang provincial level.

Confirming who introduced the virus was one of the difficulties of the study, and the authors said they could not completely rule out other sources. But they said the so-called "index patient," a worshipper in their 60s, was the only person who had come into contact with people from the area where the outbreak began.

Two days earlier, that person had dinner with four people who had recently been to Hubei Province, where Wuhan -- believed to be ground zero of the epidemic -- is located, 700 km west of Ningbo. Wuhan would be locked down days later. The index patient was also the first person present to be diagnosed with the disease.

The fact that around 300 people who participated in the outdoor worship event had a far lower rate of infection also provides evidence to support their conclusions, researchers say.

The event lasted for two-and-a-half hours and passengers on the infected bus were evenly distributed throughout it, the researchers said. But only seven people at the event who were not on the bus became infected.

The research has implications for public health responses to coronavirus, including on public transport and for hospital disease-control efforts. Virus particles floating in the air, instead of in respiratory droplets, are small enough to pass through most protective masks. That means, in certain circumstances, that masks may not be enough to protect people from COVID-19.

Additional author Feng Ling of the Zhejiang Provincial Center for Disease Control and Prevention declined to be interviewed.