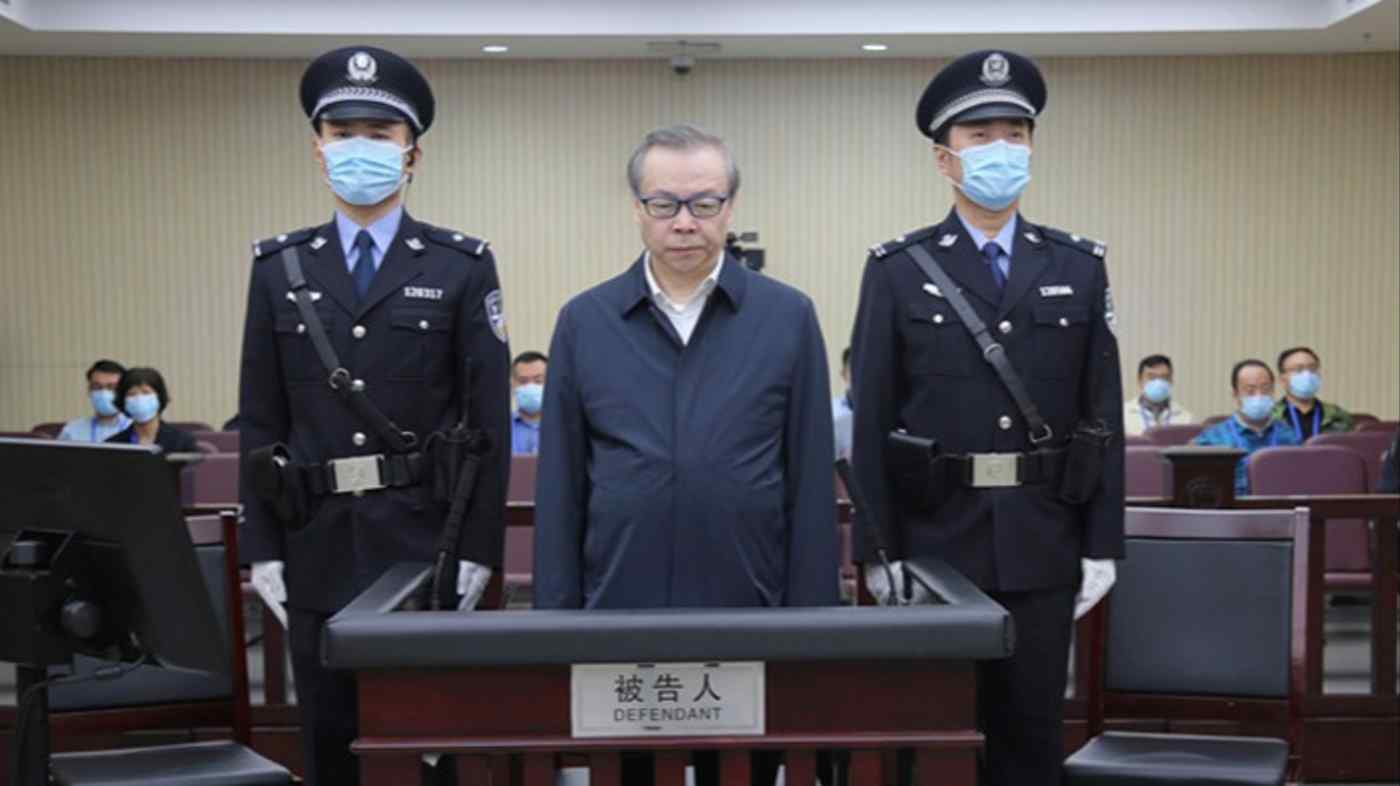 A former chairman of one of China's "Big Four" state-owned bad-asset managers, Lai Xiaomin, was accused of taking a record 1.79 billion yuan ($258 million) of bribes over 10 years as he stood trial in North China's Tianjin municipality Tuesday.

Lai's case shocked the Chinese public due to its astonishing details, such as the tons of cash stashed at his home, the 300 million-yuan bank account under his mother's name, and his over 100 mistresses.

The bribery involved in Lai's case took place between 2008 and 2018, according to a court statement. Lai was also accused of colluding with others to illegally embezzle 25.1 million yuan in public funds from 2009 to 2018. In addition, he was accused of bigamy.

Lai, who is also an ex-Communist Party chief of China Huarong Asset Management Co. Ltd., was expelled from the party and removed from public office for "serious violations of (party) discipline and law" in October 2018.

According to a statement from the country's top anti-graft body released at the time, Lai was a "bad political influence" who had gone against the central government's financial work guidelines and policy instructions. The watchdog said his "blind expansion and chaotic management" had led the company to seriously deviate from its main responsibility and core businesses.

During his more than five years as chairman at Huarong, Lai oversaw an aggressive expansion that transformed the company from what he once called a "marginalized" company into one of the biggest players in China's financial industry. By fueling risky business endeavors and ambiguous ties with private borrowers, the company grew into a financial conglomerate, handling securities, trust, banking and financial leasing businesses.

A real estate subsidiary of Huarong once developed 120 properties in Zhuhai, Guangdong province, 100 of which Lai gave to his ex-wife and many mistresses, Caixin previously reported.

Since Lai's fall, Huarong's new management has tried to eradicate his lingering influence inside the company and get the company back to focusing on its core distressed-debt business.