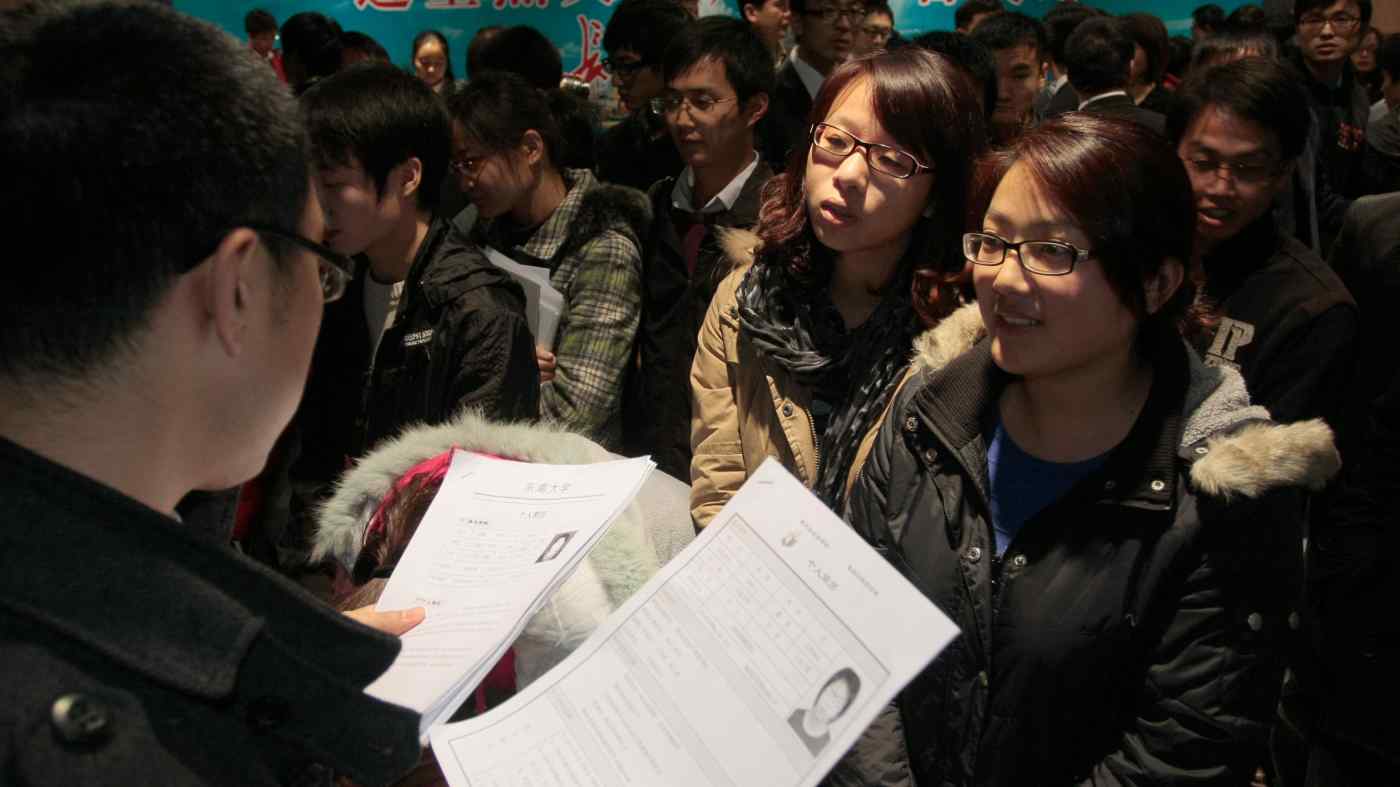 There were 9.09 million fresh college graduates in China last year. Some 49.3% of respondents in a survey of more than 20,000 graduates from 34 colleges across the country got a job in the civil service, public institutions and state-owned enterprises, according to a report published on Jan. 4 by Yue Changjun, a professor at the Institute of Economics of Education of Peking University.