In Depth: How Chinese companies can exit social credit blacklists 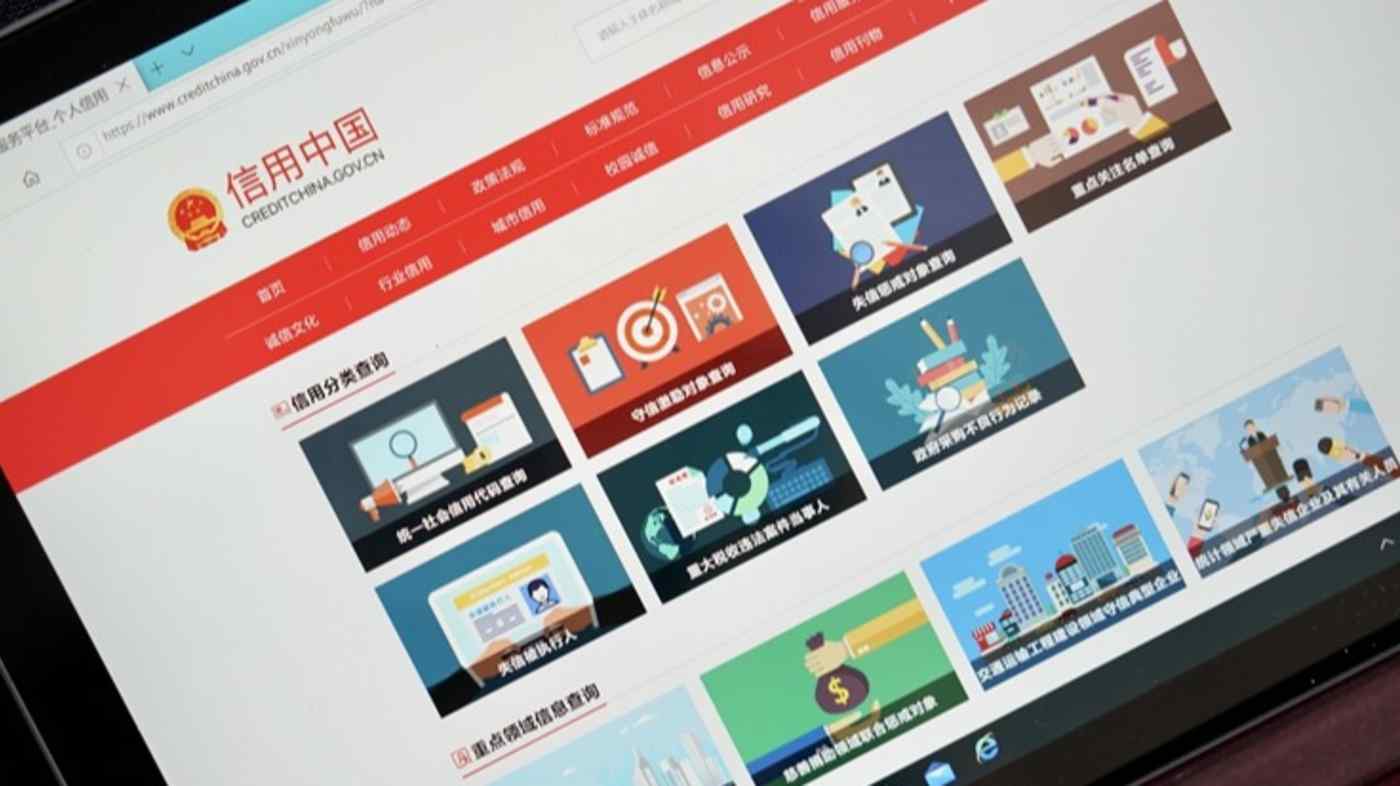 Authorities in eastern China's Wenzhou caught a pet products store selling veterinary drugs in October 2018 without a license. They fined the owner 10,000 yuan ($1,405) and added his company to an online government list of businesses recently cited for illegal activities.

The Wenzhou pet products store owner, who asked to be identified using the pseudonym Zhang out of privacy concerns, said he expected his business to remain on the list for several years. But in 2019, a Zhejiang-based company offered to help him "erase" the information about his misdemeanor from the government list. All Zhang had to do was pay 1,800 yuan for a short training course and take a test, and his original credit status would be "restored" with a written certificate, the company said.

"The content of the training was learning which government departments had issued which policies, then scanning a code on my phone to access the test paper," Zhang said. A few days after finishing the exam, he found that the details of his wrongdoing had indeed disappeared from the website.

While Zhang said he was relieved to get back in the government's good graces, the relative ease with which he and other business owners have managed to clear their names has proved more controversial. Critics say credit restoration services like the one Zhang used are an easy way for dodgy companies to restore their reputations without much time or money. More seriously, legal experts say the services might conflict with Chinese state procurement laws, allowing companies to bid for government contracts without fully atoning for their crimes.

"If public information about illegal activity can be easily deleted... businesses will no longer be deterred from illegal deeds and will lose respect for the law," said Fu Tianran, a researcher at Guangzhou Green Data Service Center, a group that publishes data on environmental violations by Chinese companies. "Then, regulatory departments will fall into a vicious circle of punishing the same behavior over and over again."

At the same time, government officials said credit restoration services offer a mechanism to encourage businesses to correct misconduct and reduce the impact of misdemeanors on their operations. The practice is backed by a 2019 State Council document calling for innovation in regulatory supervision based on the social credit system.

The details of Zhang's case were posted on Credit China, a website operated by a social credit body affiliated with the National Development and Reform Commission (NDRC), China's top economic planning agency. The national website came online in 2015 and boasts a version in each province operated by the commission's local offshoots and supervised by local governments.

The websites record administrative penalties for corporate social credit violations and sort them into three categories in accordance with an NDRC notice issued last year known as Document 527. The notice outlines different punishments for "common," "serious" and "exceptionally severe" violations. Companies guilty of the most minor infringements should appear on the blacklists for three months to a year, while those that commit the worst offenses should remain on the lists for as long as three years, according to the document.

Credit China began offering social credit restoration services last July. According to Document 527, companies with common violations can restore their credit status by sending materials to Credit China or the administrative department that penalized them proving they have complied with administrative penalties and pledging not to repeat their transgressions. If the materials are approved, they can reduce the time spent on a blacklist to the designated minimum.

For misconduct deemed serious, violators must take related training and submit required materials to Credit China to clear their records. For exceptionally severe violations, the records are not allowed to be removed in less than three years.

In practice, however, the rules are far from clear. Business owners told Caixin it was hard to determine which category they belonged in by reading Document 527. Local-level Credit China websites said only the authority that administered the penalty -- in Zhang's case, the local agriculture bureau -- could clarify the type of offense committed, the business people said.

Most credit restoration operations contacted by Caixin said they offer a three- to four-hour training course on topics like government industrial policy and regulation and require violators to take a test afterward. One company said a 60% score on 20 multiple-choice questions -- or 12 correct answers -- was enough to pass, and participants could look up the answers online.

Prices for such training services ranged from 1,700 yuan to 8,000 yuan. In addition, companies pay between 500 yuan and 1,000 yuan for credit restoration certificates.

"When a company predicts... that it will be able to restore its credit rating by attending a daylong study session and spending a few thousand yuan, it is effectively destroying the incentive to act within the bounds of the law," Dai said.

"Considering the specialized, targeted angle [of certain services], some businesses might willingly choose marketized training and credit reporting," the spokesperson said. "However, this is not compulsory, and the vast majority of businesses smoothly complete credit restoration by using free, government-sponsored services."

Many callers demanded that Green Data delete its records in accordance with Document 527, said Fu, the researcher at the Guangzhou-based organization. Although Green Data refused, the calls reflect how official credit restoration services may have encouraged attempts by dodgy companies to purge records of wrongdoing from the internet, Fu said.

Some companies see the erasure of their credit violations as a way to apply for government tenders in violation of China's procurement law, Fu said. The statute excludes businesses with a record of "significant illegality" in the previous three years, such as actions resulting in the suspension of production or operations, the loss of licenses and permits, or "relatively large" fines.

Xinguang Luhuan Recycling Resources Co. Ltd., a hazardous-waste processing business in eastern China's Shandong province, was fined 690,000 yuan two years ago for its role in a December 2017 poisoning incident in which five people died. Credit China posted a record of the penalty on its website, and Xinguang lost government tenders it had recently acquired.

However, according to details published last September on a local Credit China website, Xinguang has since restored its credit status. Caixin found no records of the poisonings in a search of relevant local and national Credit China websites, although they do still appear on some commercially operated company information sites.

Government procurement officers often use Credit China to conduct background checks on commercial bidders, raising concerns that some offenders could feasibly apply for contracts before their three-year ban expires. There is no evidence to suggest that Xinguang has done so, however.

One major issue with credit restoration models based on deleting information about administrative penalties is that they reduce the credit scoring to a mere figurehead and increase the risks of government procurement and financial lending," Green Data said in listing recommendations to the government.

An official at the NDRC's finance bureau said that while China's effort to put all business players under a unified social credit scoring system has shown powerful effects in curbing violations, it also hurt some companies as they could be restricted in accessing various services or engaging in certain business operations because of previous violation records. Experts and industry insiders called for a mechanism to allow companies to restore their credit after correction to avoid excessive punishment.

But how to find a balance in the mechanism design remains a challenge. Some legal experts argued that the current training services show little correlation with companies' eligibility to have their credit records restored.