In Depth: Who really benefits from China's consumption vouchers?

With focus on business relief, low-income earners and the unemployed lose out 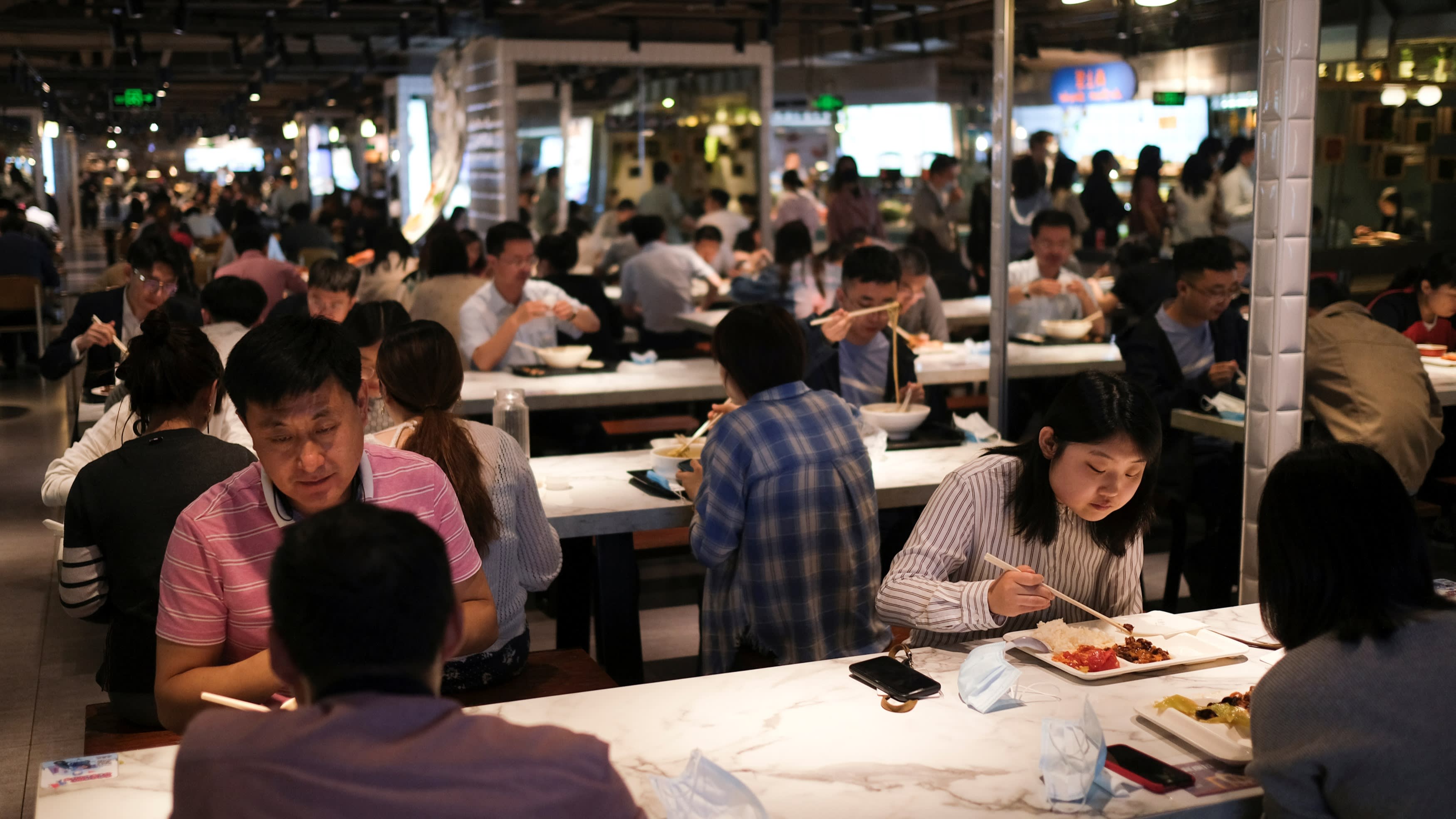 People enjoy their meal at the food court of a shopping mall during lunchtime, following an outbreak of the coronavirus disease (COVID-19), in Beijing on May 15.   © Reuters
CHENG SIWEI and GUO YINGZHE, CaixinMay 22, 2020 09:41 JST | China
CopyCopied

Boosting consumption has become key for local governments and policymakers in China as they work to repair the hole blown in the economy by the new coronavirus. The idea is that encouraging households to spend helps increase demand for goods and services, supports employment, and bolsters growth in gross domestic product.

Vouchers and coupons for discounts on purchases of appliances or visits to tourist sites have become an increasingly popular way of enticing consumers to open their wallets.

Local governments have taken the initiative, issuing vouchers worth billions of yuan over the past two months to spur spending in restaurants and shopping malls and even on the purchase of big-ticket items like cars. Authorities then dip into their fiscal coffers to compensate retailers and service providers for the discounts. Business have also, independently of the government, handed out coupons, bearing the cost themselves.

Nanjing and Hangzhou in eastern China were among the first to kick off the voucher frenzy in March as the central government lifted lockdowns and encouraged the country to get back to work. Other cities followed suit, with voucher issuance peaking just ahead of the five-day May Day public holiday. Wang Bingnan, a deputy minister of commerce, told a briefing on May 8 that more than 170 cities and prefectures had issued coupons with a total face value of more than 19 billion yuan ($2.7 billion).

But debate is growing over how effective vouchers are and who is benefiting. Proponents of the strategy claim the vouchers significantly boost consumption, with every 10 yuan's worth of vouchers generating about 50 yuan to 100 yuan of spending. Doubters note that the amount of voucher-related spending accounts for only a tiny share of total domestic consumption, making them of marginal benefit. Others are concerned that they do little to help low-income families who have been hit hardest by the fallout from the COVID-19 outbreak.

Quzhou, a city in the eastern province of Zhejiang, said that 18.5 million yuan of vouchers issued by the local government was used by residents, generating a total spend of 102 million yuan, which means every 1 yuan of vouchers led to total spending of 5.5 yuan, or additional spending of 4.5 yuan. Other cities -- including Hangzhou, Zhengzhou and Jincheng -- said spending generated by vouchers amounted to 10 times their face value.

But some analysts said the leverage effect is not that significant in many cases. A study in Nanjing from March to May showed that 1 yuan of vouchers generated a total spend of just 2.9 yuan. Guan Lixin, a researcher with a Ministry of Commerce-linked think tank who wrote the report, told Caixin that some cities may be exaggerating the leverage effect because they take into account spending driven by business coupons.

The aggregate effect of vouchers and coupons is limited because the consumption triggered accounts for a tiny share of overall spending, said Xu Qiyuan, a researcher with the Chinese Academy of Social Sciences, another state-backed think tank. Assuming 1 yuan of vouchers leads to a total spend of 2 to 3 yuan, that would only amount to "tens of billions of yuan" of consumption, yet government data showed that domestic retail sales in April alone were 2.8 trillion yuan.

While government subsidies and aid in many countries have focused on helping those most in need -- such as the unemployed and low-income households, via cash or welfare payments -- the focus in China of the voucher initiative has been on supporting businesses.

Sectors that suffered the most during the COVID-19 outbreak appear to have been the major beneficiaries. Xu from CASS studied the voucher policies of 42 cities and found that 81% distributed vouchers to spend on eating out, while 73% and 48% offered incentives for retailing and tourism, respectively. Other sectors that benefited include hotels, culture, car sales and appliances.

This shows that "consideration for industries and companies is the starting point of the consumer voucher policy," Xu said.

There are also strings attached to many of the vouchers. Kaifu district in the city of Changsha issued coupons worth 2 million yuan but they were in the form of fuel-card subsidies for consumers who bought cars at local dealerships during the Changsha auto show.

Some analysts have pointed out that the system may also be inaccessible for low-wage earners. Most vouchers are distributed via digital payment platforms such as WeChat and Alipay rather than through paper coupons, which makes it difficult for low-income consumers to access, as they are less likely to use digital payment. In addition, most vouchers can only be used when spending reaches a certain threshold.

While discounts may support consumer spending, they are not doing much to help impoverished and low-income families, or those living in rural areas who may have to spend money to travel to cities where most vouchers can be spent.

Economists say vouchers and coupons are ineffective in offsetting the drop in income suffered by millions of people furloughed or unable to work during the outbreak. Official data shows that the urban unemployment rate rose to 6% in April -- the second-highest in available data going back to January 2017. The actual rate may be higher as the official figure excludes millions of migrants who left their hometowns for work. Many of those have been unable to find jobs as factories that closed during the epidemic have not fully reopened.

So far only about 13 cities have made specific provisions for low-income families and the value of vouchers targeting this sector is less than 200 million yuan, according to Caixin calculations. Many analysts are now calling for local governments to undertake a large rollout of vouchers or cash transfers to those in need.

Compared with the scale of the stimulus and relief conferred on the corporate sector, fiscal subsidies to individuals have been much smaller. As of the middle of April, fiscal stimulus issued by authorities reached 1.4 trillion yuan, according to calculations by Wang Tao, chief China economist at UBS Group AG. But at least 1.1 trillion yuan of that was targeted at the corporate sector in the form of tax relief, reduced fees and other financial assistance.

Wang expects policymakers will soon unveil a further stimulus package worth around 2.2 trillion yuan, but only 0.2 trillion yuan to 0.3 trillion yuan is likely to be targeted at helping low-income people through direct cash transfers or consumption subsidies.

Consumption vouchers were introduced by the central government during the 2008 global financial crisis to boost spending and support economic growth. This time, it has been local governments who have taken the lead, and as yet there have been no national-level policies.

This means local governments have to foot the bill themselves. But given their deteriorating fiscal positions as tax revenue slumps amid the economic slowdown, they have little spare cash. As a result, the issuance of vouchers is unlikely to become a permanent fixture.