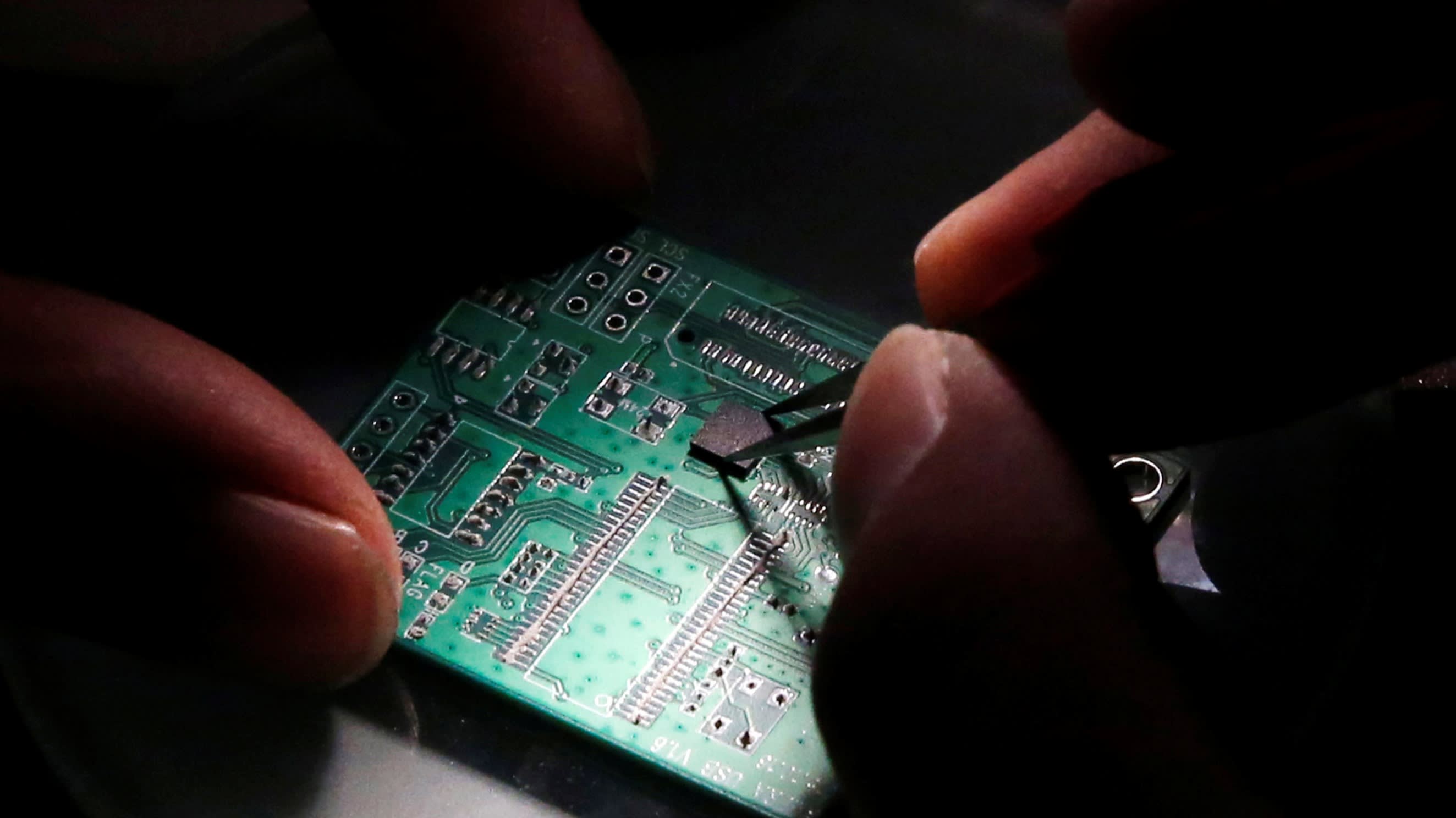 Fierce bidding for China’s limited pool of chipmaking talent has led to a surge in wages.    © Reuters
HE SHUJING and MO YELIN, CaixinSeptember 16, 2020 21:49 JST | China
CopyCopied

What do you get when you dump hundreds of billions of dollars in government and private investor cash into a limited labor market with the aim of building a world-class microchip sector from scratch?

A paradise for workers, perhaps, but also a mess.

This is what's shaping up in China, where a new group of companies flush with cash is in the midst of a fierce tussle for a limited pool of talent. That, in turn, is throwing a wrench into Beijing's plans to develop a homegrown chip industry to offset growing U.S. antagonism toward the nation's few world-class players in the sector like Huawei.

Fierce bidding for China's limited pool of chipmaking talent has led to a surge in wages, much of that from young companies that are long on cash but short on experience. That's fueling concerns that China's limited chip talent may end up falling into an unproductive and wasteful cycle that sees people jumping from one short-lived startup to the next in a greedy dash for cash.

Such waste resembles the U.S. dot-com bubble of the late 1990s, when investors poured similar amounts into startups without any proven records or business models. In China, these cycles are even more common, as Beijing often pumps big bucks into sectors it wants to develop, such as new-energy vehicles and solar power.

Burgeoning demand for chip talent can be seen in the latest job postings. A report from Zhaopin.com, one of China's largest job sites, showed demand from employers outstripped the number of applicants by 2.6 times in the second quarter even as the pandemic left many companies closed or working at reduced capacity.

By comparison, the situation was far less positive for other industries like internet and real estate -- usually considered two of the stronger sectors for new postings. An employee at Shenzhen-based headhunting group GobaSearcher told Caixin that requests for chip-sector jobs briefly jumped 50% early this year.

"Generally, those posts promise 20% to 30% more than a person's current salary. And for some specific posts, like those related to manufacturing of chipmaking equipment, promised increases could be as high as 100%," the person said.

The recent surge follows much slower increases in past years, when the local chip sector was still largely undeveloped. Average monthly salaries for product development positions for fresh graduates with semiconductor-related majors now stand at between 13,000 yuan ($1,906) to 20,000 yuan, up by a healthy -- but still modest -- margin from 9,000 yuan in 2012.

Few could have imagined the latest bumper crop of openings just a few years ago. One chip design engineer who graduated in 2012 with a major in microelectronics, told Caixin that of his 30 classmates, only six found related jobs at that time.

After years of loosely coordinated support, the pivotal moment for China's chip sector came in 2014, when Beijing rolled out a national blueprint for the industry's development. A national fund with 138.7 billion yuan was also established that year to help finance the group.

Those signals touched off a flood of cash, as both state-owned and private investors heeded Beijing's call. A more recent campaign to make China more self-sufficient in chips, following Washington's sanctions on Huawei and others, has added recent urgency to the drive.

The creation of the Nasdaq-style STAR Market in Shanghai last year provided yet another funding channel for the sector. As of early this month, 28 of the board's 168 companies had a semiconductor background, accounting for about a third of the market's value. One of those, Shanghai-based Semiconductor Manufacturing International Corp., raised around $7 billion in July in the board's largest initial public offering and saw its shares triple in the debut.

The flood of cash has led to a wave of new wannabe chip unicorns. Chip designers are the most popular startup type, with a huge 138,000 registered on the Chinese mainland as of early this month, according to Tianyancha, an enterprise information platform. Most of those were founded around five years ago when Beijing first embarked on its current campaign.

That part of the sector is attractive due to its asset-light nature, compared to the manufacturing side, which typically requires billions of dollars in investment for sophisticated equipment and highly specialized workers, said Xia Guigen, who works for a talent consultant focused on the sector.

China also has relatively more chip-design talent due to its steadier growth over the years. Huawei's HiSilicon chip design unit is among a small group of mainland-based companies in the area considered world-class, though the latest U.S. sanctions are putting a major squeeze on the company by cutting off its access to U.S. technology.

Established companies from other spaces are also adding to the competition. For example, Oppo and Vivo, two of China's largest smartphone makers, have ramped up their in-house chipmaking teams in bids to differentiate their smartphones from their rivals'.

As the number of companies grows, demand for talent is expected to reach 720,000 by the end of next year, according to a report from the Ministry of Industry and Information Technology, an agency affiliated with China's main technology regulator. That is far more than the 460,000 workers in the market at the end of 2018, the report said. To fill the gap, Beijing rolled out a policy reform in July aimed at channeling more educational resources into cultivating chip talent. Under the policy, integrated circuit-related expertise will now be classified as a "first-level discipline," on par with other important areas like "electronic science and technology."

"Integrated circuit" was previously a subset of "electronic science and technology." Thus, its elevation to first-level discipline means students in the subject will receive more educational resources, such as better funding.

While it is currently a worker's market, things could quickly change if the boom is followed by the kind of bust often seen in government-supported sectors after funding dries up. Of the numerous startups, many are expected to fail in the years to come, eliminating thousands of jobs in the process.

One textbook case of what may be coming is Wuhan Hongxin Semiconductor Manufacturing Co. Ltd., an ambitious government-led chip manufacturing project in central China's Hubei Province. That company is now on the verge of collapse despite spending more than 15 billion yuan without ever starting production. Four years after its establishment, the local government revealed in July that the project now faces a massive 112 billion yuan cash shortfall.

The project had previously built a team that included nearly 100 chipmaking recruits from Taiwan -- some or all of whom could now lose their jobs.