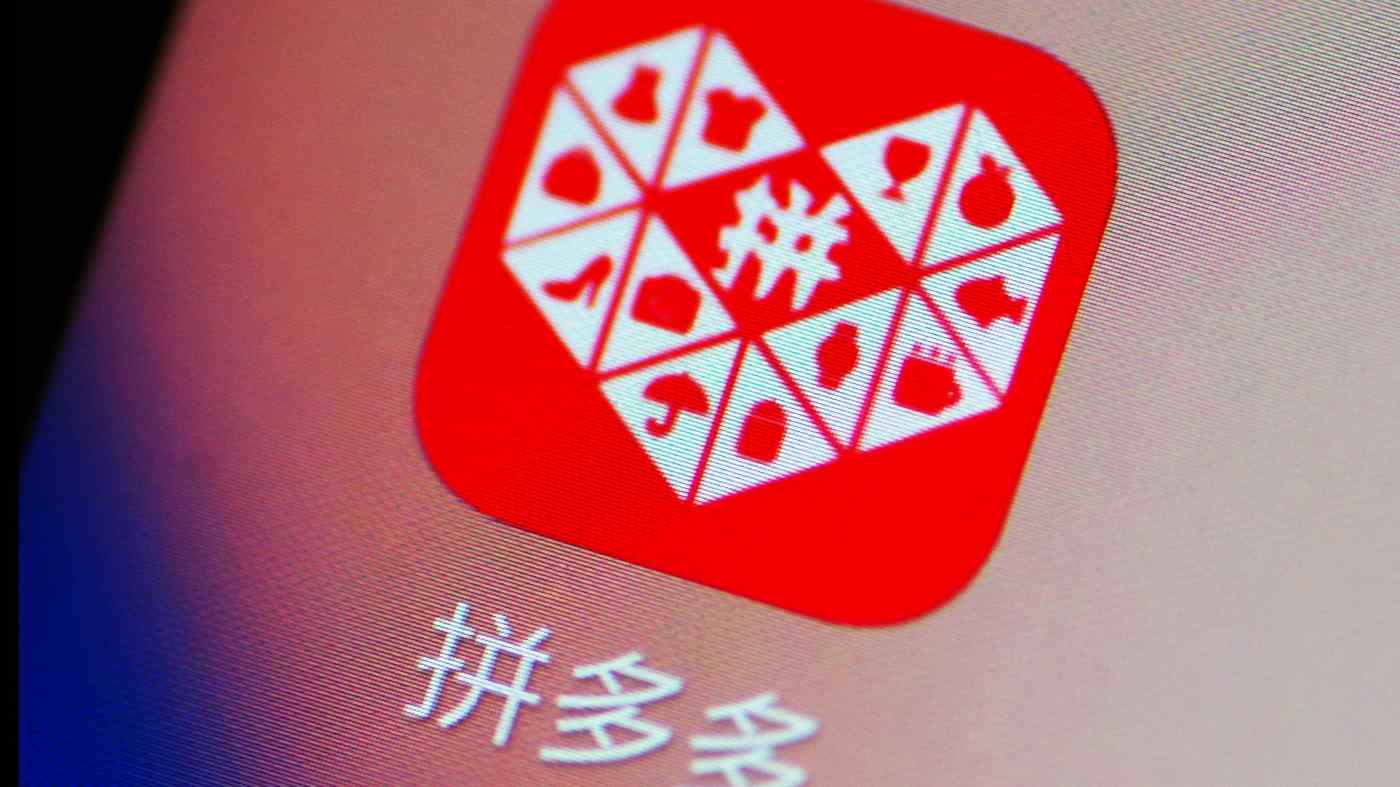 Chinese e-commerce upstart Pinduoduo has been an investor darling for much of its eye-popping growth. But efforts to maintain its ascent are proving increasingly costly.

The Shanghai-based company, which debuted on the Nasdaq in 2018, has become a favorite stock for institutional investors, sitting among the top holdings in 54 portfolios, according to market data provider Whale Wisdom. Pinduoduo was also the biggest asset of leading private equity fund Hillhouse Capital Group and Greenwoods Asset Management Limited as of the end of 2020.

Pinduoduo's American depositary receipts (ADRs) surged nearly sevenfold over the past year amid a broader boom in tech stocks, touching a record $212.6 per share in February.

But the company jolted the market last month with an unexpected leadership shake-up. In late March, Colin Huang Zheng, the billionaire founder and chairman of Pinduoduo, stepped down from the company's board and gave up the 1:10 super-voting rights attached to his Pinduoduo shares.

Although Huang, 41, had handed over the CEO title in July, his exit from company management still caught the market off-guard.

"Huang has been the nexus of Pinduoduo's decision-making," a company source said. "There is nothing in Pinduoduo that Huang doesn't know," said another company source.

Huang said his departure was part of Pinduoduo's long-planned transition to a new generation of leaders and to cope with a changing market environment. But the news still spooked the market, dropping Pinduoduo's share price by more than 16% in two weeks. The stock currently trades at around $135.

But analysts say the impact of Huang's departure should be limited as they remain confident about its business outlook. Several investment banks, including Goldman Sachs, JPMorgan Chase and Bank of America, maintain their positive outlook citing improving profitability.

But concerns remain over Pinduoduo as efforts to maintain its fast growth become increasingly costly in the face of tougher competition and stricter regulatory scrutiny.

China's regulators earlier this week summoned 34 tech giants, including Pinduoduo, and ordered them to stop abusing their market power and cease all illegal activities within one month or face "severe punishment," in the latest phase of a broader antitrust crackdown.

Pinduoduo has faced growing legal troubles over the years, mainly involving allegations of counterfeiting and disputes with vendors. Tensions between the platform and its partner merchants are growing as many vendors complain that Pinduoduo is undermining their interests.

According to Tianyancha, a business database, Pinduoduo has been named as a defendant in 7,150 lawsuits by the end of 2020, rising from 230 in 2017. The cases were mainly filed by brand owners who accuse Pinduoduo and its vendors of counterfeiting, as well as vendors and shoppers who blame the company for harming them.

For Pinduoduo, "growth is everything," said a U.S.-based institutional investor.

Institutions invest in Pinduoduo for its rapid growth, a Hong Kong-based investor said. "As long as it maintains growth" investors will pour money into the stock regardless of whether the price truly reflects fundamentals, said the investor.

Established in 2015, Pinduoduo is the fastest-growing e-commerce company in China. By targeting budget-savvy shoppers with cheaper products, the platform won 12 million monthly active users within two months in operation. The number of registered users exceeded 100 million in one year and surged to 600 million as of March 2020. At the end of 2020, Pinduoduo overtook 20-year-old Alibaba to become the largest e-commerce player with 788 million annual active buyers.

But the growth rate has shown signs of slowing. Since the second half of 2020, as Pinduoduo gradually cut subsidies to offer low price products to shoppers, the growth rate of users' average spending on the site has slowed.

To find new sources of growth, Pinduoduo has invested heavily since late 2020 in its new grocery service, aiming to grab a share in the business that boomed during the pandemic lockdown. In November, Pinduoduo secured $6.1 billion in new funding from bond and equity sales, mainly to pay for business expansion.

Using heavy subsidies to attract new users, Pinduoduo quickly expanded the Duo Duo Maicai service to 277 Chinese cities as of January with the volume of daily orders topping 13 million. Citic Securities said the company is set to increase the number of daily orders on Duo Duo Maicai to 50 million by the end of March.

But heavy spending on the new business pushed Pinduoduo into a loss of 1.3 billion yuan ($198 million) in the fourth quarter after three consecutive quarters of profit. Meanwhile, its aggressive subsidies also caught the attention of regulators. In early March, the market watchdog fined Pinduoduo, along with rivals Alibaba, Meituan, Didi Chuxing and Tencent for "deceptive pricing" in their grocery business.

The regulator accused the companies of using their large capital reserves to "disrupt market order" through excessive price subsidies, and warned them not to burn money to grab market share with the intention of price gouging later.

While Pinduoduo grows stronger, tensions have also mounted between it and partner vendors. Several shop owners accused the platform of ignoring their interests or even sacrificing their profits to favor shoppers. Pinduoduo has shown bias in solving disputes between shoppers and vendors, and has used vendor funds to subsidize buyers, one electronics retailer said.

In March, a cosmetics retailer sued Pinduoduo in Shanghai for illegally seizing the retailer's 670,000 yuan in funds for more than two years in a dispute over alleged substandard products. Zheng Siyuan, lawyer for the plaintiff, claimed there are many similar disputes between Pinduoduo and vendors, as the platform has fined vendors or frozen large amounts of their money on grounds of various business breaches. Pinduoduo did not comment on the matter.

Experts said Pinduoduo has set a very low threshold for vendors to do business on its platform. But once business begins, compliance requirements have been very strict. Fines and penalties freezing vendors' funds are often levied on alleged violations, they said.

According to a business disputes database, vendors filed nearly 200 complaints against Pinduoduo between May 2018 and December 2020, accusing the platform of seizing their funds, in amounts ranging from hundreds of thousands of yuan to millions of yuan.

According to Pinduoduo's rules, vendors found violating rules, such as selling counterfeit goods or substandard products, will be fined three times their sales revenue for the prior nine months. Compared with other major e-commerce platforms such as Alibaba and JD.com, Pinduoduo's fines are much tougher, said Zheng.

Although Pinduoduo said the fines were used to compensate affected customers, the company has never disclosed details about how the money was managed, Zheng said.