Stiff competition and stricter regulation among challenges for incumbents 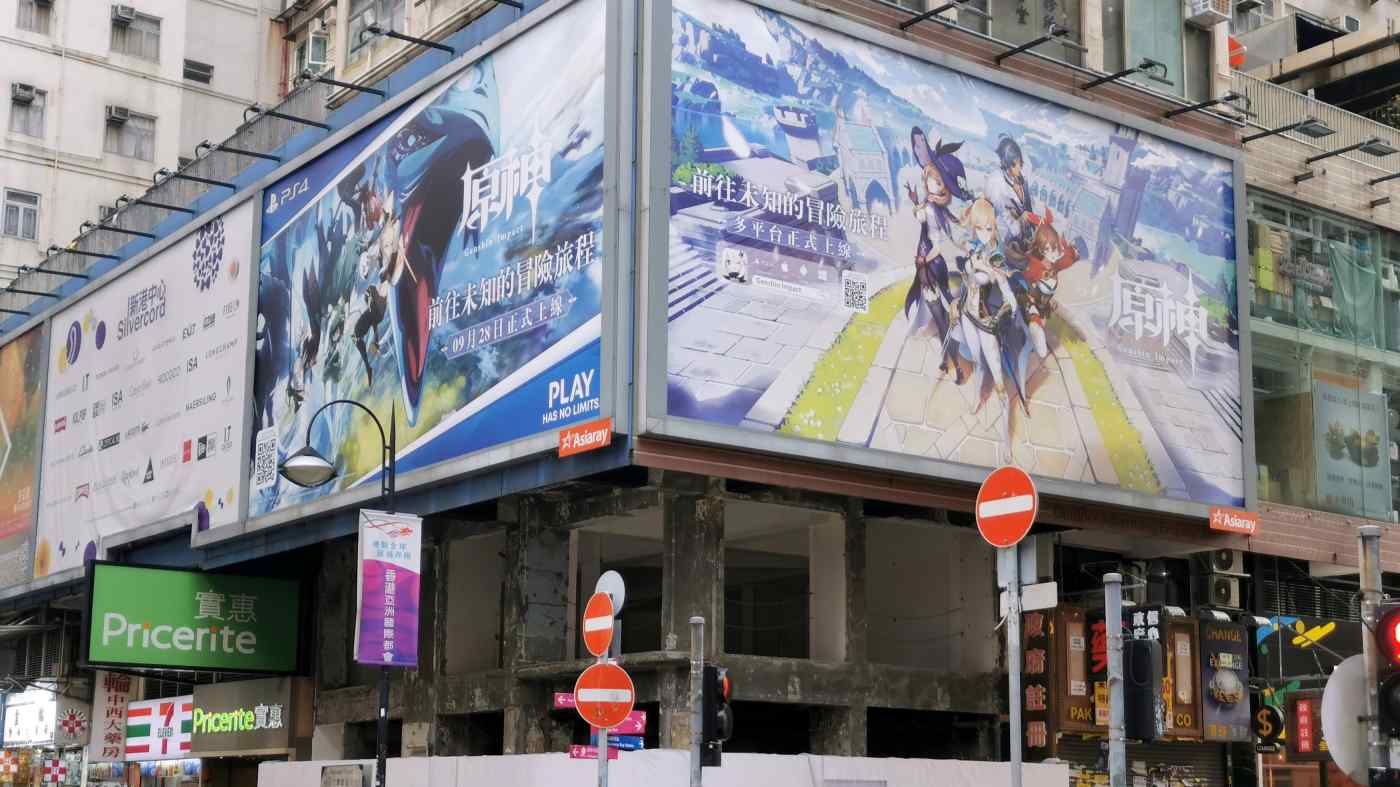 A billboard advertisement for Genshin Impact in Hong Kong: The game, developed by Shanghai-based MiHoYo, is popular both in China and overseas.    © Reuters
GUAN CONG and HAN WEI, CaixinMay 27, 2021 23:46 JST | China
CopyCopied

A new generation of online game developers is bringing a major shake-up to the industry in China and threatening the long-established dominance of titans like Tencent Holdings and NetEase.

One of the brightest rising stars is Shanghai-based MiHoYo, developer of the popular fantasy game Genshin Impact. Launched in September 2019, the free-to-play open-world adventure has scored success both inside and outside of China. Available on mobile devices, Sony's PlayStation 4 and PCs in more than 50 countries and regions, the game generated $1 billion of sales on Apple's App Store and the Google Play Store in less than six months. Tencent's most popular game, Honor of Kings, took 18 months to reach that milestone.