Is global inflation about to take off?

Analyst views are divided, with price pressures uneven across sectors 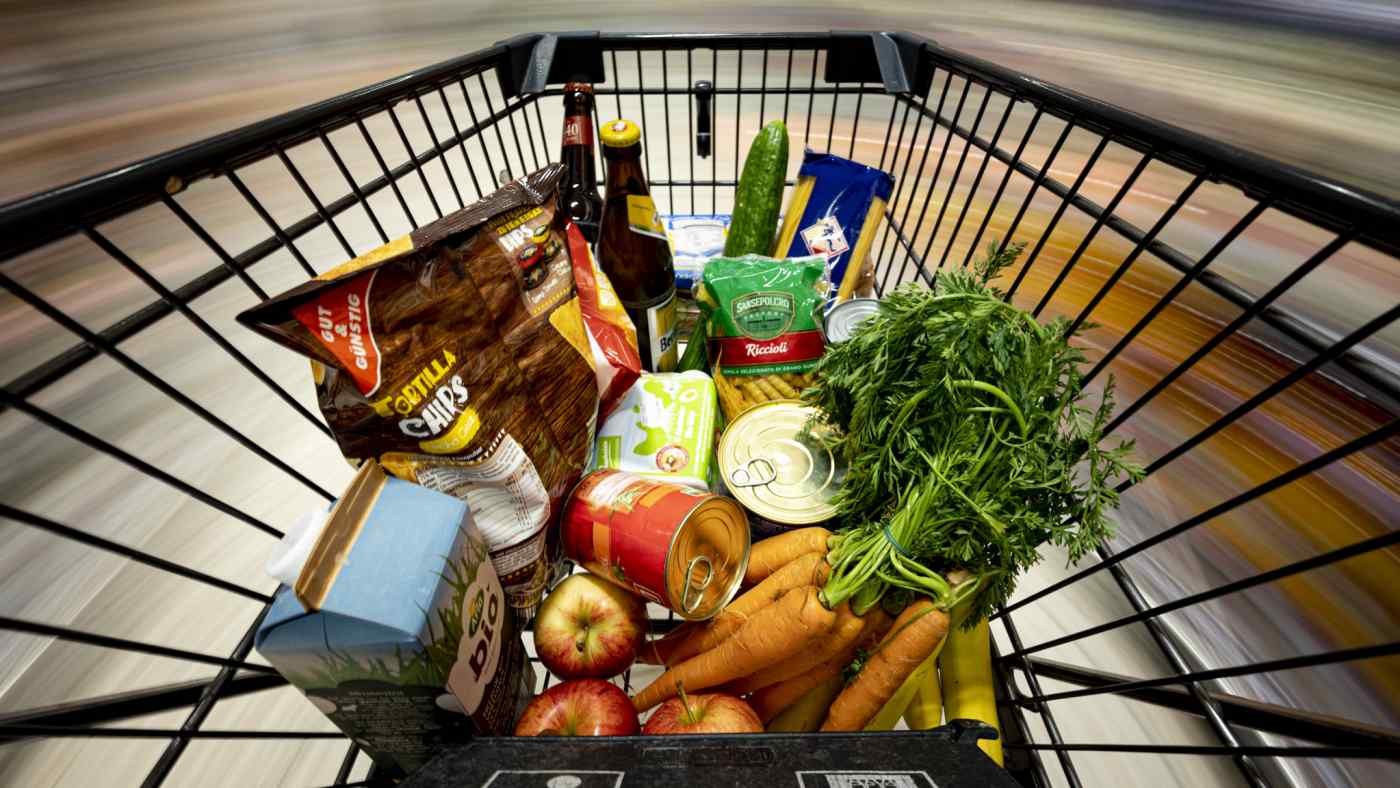 Copper, the economic bellwether metal, soared 80% over the past year to a record high, leading a rally that has driven raw materials ranging from lumber to iron ore to multiyear peaks. On May 6, the New York-based Commodity Research Bureau Index, which measures the aggregate price direction of various commodities, rose to its highest level since September 2011, up 55% versus March 2020. Meanwhile, a global food price index issued by the United Nations' Food and Agriculture Organization climbed for 10 consecutive months, reaching a record in March.

Unprecedented stimulus measures and vaccine rollouts in developed economies are fueling prospects for a resurgence in demand that may push prices still higher. In the face of rising costs, U.S. consumer goods producers Coca-Cola and Procter & Gamble recently announced plans to raise prices for some products in the domestic market, fueling concerns that supply-side pressures are spilling over to the demand side.

The surge in raw material prices is stoking fears of inflation. The key question for policymakers and market analysts is whether the price increases will be short-lived or morph into long lasting, broad-based inflation.

In China, factory gate-prices have climbed at a faster pace in recent months. The producer price index (PPI), which gauges changes in prices for goods traded by manufacturers and mining companies, rose 4.4%, year-on-year, in March, their fastest growth since July 2018. The trend further strengthened in April, as prices of coal, steel, cement and glass all rose strongly.

Analysts mostly agree that producer prices will continue rising into the second quarter, but they are divided over whether the price surge will be transmitted to the consumer side. China's consumer price index (CPI) the main gauge of consumer goods and services costs, rose 0.4% year-on-year in March, the first monthly rise this year but far from cause for alarm.

"Whether the producer price rise will spread to the consumer side will mainly depend on the magnitude and duration of the PPI rise," said Xu Wei, an analyst at the Development Research Center of the State Council.

Reviving demand amid the economic recovery is straining supply, which was already under pressure due to disruptions caused by the COVID-19 pandemic, along with extreme weather and economic structural transformation, Xu said.

The global economy's path out of the COVID-19 shock will be different from that of previous crises because of broad based pent-up demand and different inflation dynamics, asset manager BlackRock said in a recent report. It is more like an economic "restart" than a typical business cycle "recovery," the report said.

The pandemic's impact on the global economy comes not only from the broad production halt but also long-term factors that reduce the resilience of global supply chains, said Peng Wensheng, chief economist at China International Capital Corp. (CICC). In addition to hindering production and transport of raw materials, the pandemic also encouraged companies to expand inventories, widening the gap between supply and demand. The global chip shortage is a good example, Peng said. While prices for production materials are surging, consumer goods prices have generally remained stable. Meanwhile, high-end consumer goods costs are rising faster than those for lower-end goods, and price gaps between regions are widening, Li said.

The Politburo, China's top policymaking body, pledged in late April to ensure the supply of goods that are key to people's livelihoods, and to maintain price stability. The body also issued new measures to prevent housing speculation. Analysts said the statements signaled that the central bank won't tighten monetary policy in response to the commodity price surge. Instead, it will use more targeted measures, such as adding to supplies of certain products to stabilize prices.

The room for monetary policy maneuver is limited to deal with structural inflation. More efforts should be made to advance restructuring, analysts say.

Recent concerns over looming inflation risks have mounted mainly among companies and investors rather than consumers. In China, food prices declined after a short spike around the Chinese New Year holiday in February. In March, the official reading for year-on-year CPI growth was 0.4%, the highest since November but 0.5% lower than the previous month, indicating little inflationary pressure on consumer goods.

But producers say they see a different picture. In financial reports issued in late April, many companies cited rising material costs as the main factor affecting their first quarter results.

Data from the National Statistics Bureau showed that rising costs for oil production and refining, petrochemicals, and metal smelting and refining were the main drivers of the PPI rise in March.

Guo Lei, chief economist at GF Securities, said the price rises in heavy industry reflects impacts from the global economic recovery, unfolding emissions reduction campaigns and raw material supply shortages due to a worsening of the pandemic in some resources-rich countries.

The global campaign to cut carbon emissions and limit climate change is one factor pumping up commodity prices. Copper, the best electrical conductor behind the precious metal silver, has led the global commodity surge, as its crucial role in the green energy transition is set to underpin longer-term gains.

Goldman Sachs estimates demand for copper is likely to grow as much as 900% by 2030, led by the renewable energy sector, including electric-vehicle manufacturing. Prices for other conductive materials, including aluminum and silver, have also climbed.

The green energy transition will bring rising costs for the economy, but doesn't mean that all the costs should be digested intensively over a short period, CICC's Peng said. Former central bank Gov. Zhou Xiaochuan also warned regulators to manage the pace of carbon reductions to reduce the risk of inflation.

The Politburo vowed on April 30 to push forward ahead with China's neutrality campaign in an "orderly manner," signaling an easing of pressures on the coal and steel industries to slash capacity, analysts said. The softer tone reflects authorities' concerns over the potential inflation risks stemming from supply cuts, according to Ming Ming, an analyst at Citic Securities. Analysts mostly agree that China's producer prices will continue rising in the second quarter, but their projections for the second half vary. Some say the current wave of commodity price increases -- mainly caused by global liquidity easing, government stimulus and the mismatch of supply and demand -- will not continue into the second half. But others believe the rising trend won't reverse soon.

Global central bankers may find that their monetary policy tools are less effective in countering the current round of inflation.

"Short supply is seen worldwide in the short term as the supply side lags behind the demand side in the recovery," said Zhang Jun, an economist at Morgan Stanley Huaxin Securities. "It is not something monetary policy can solve."

The pandemic disrupted both supply and demand, but the two sides are not on the same pace of recovery, said Pan Hongsheng, a senior analyst at the China Institute of Finance and Capital Markets.

While China's liquidity returned to normal in summer 2020, the economy has faced uneven inflationary pressures. That means policymakers need to deploy more targeted, flexible measures to strengthen the recovery rather than making a major shift in monetary policy, Pan said.

A recovery in consumption is the key to China's 2021 economic performance, said Sheng Songcheng, a former head of the central bank's financial survey and statistics department. The country needs to boost consumption while maintaining its monetary policy direction, Sheng said.

The Politburo in late April said monetary policy would remain stable and ensure liquidity at a reasonably abundant level in an effort to defuse market anxiety that liquidity might be tightened amid rising commodity prices.

Guosheng Securities said in a research report that the central bank is likely to introduce new policy tools to provide direct financing support to help small businesses counter the challenges of rising costs. In addition, the government may release more strategic energy reserves into the economy while encouraging the fluctuation of the Chinese currency to support the supply-side recovery.

CICC's Peng said policymakers need to take more coordinated approaches beyond traditional monetary and fiscal measures to tackle the current supply-side pressures. In the short term, the most crucial thing is to control the virus and increase vaccinations, he said.