Kids can get coronavirus, but cases are less severe than adult's 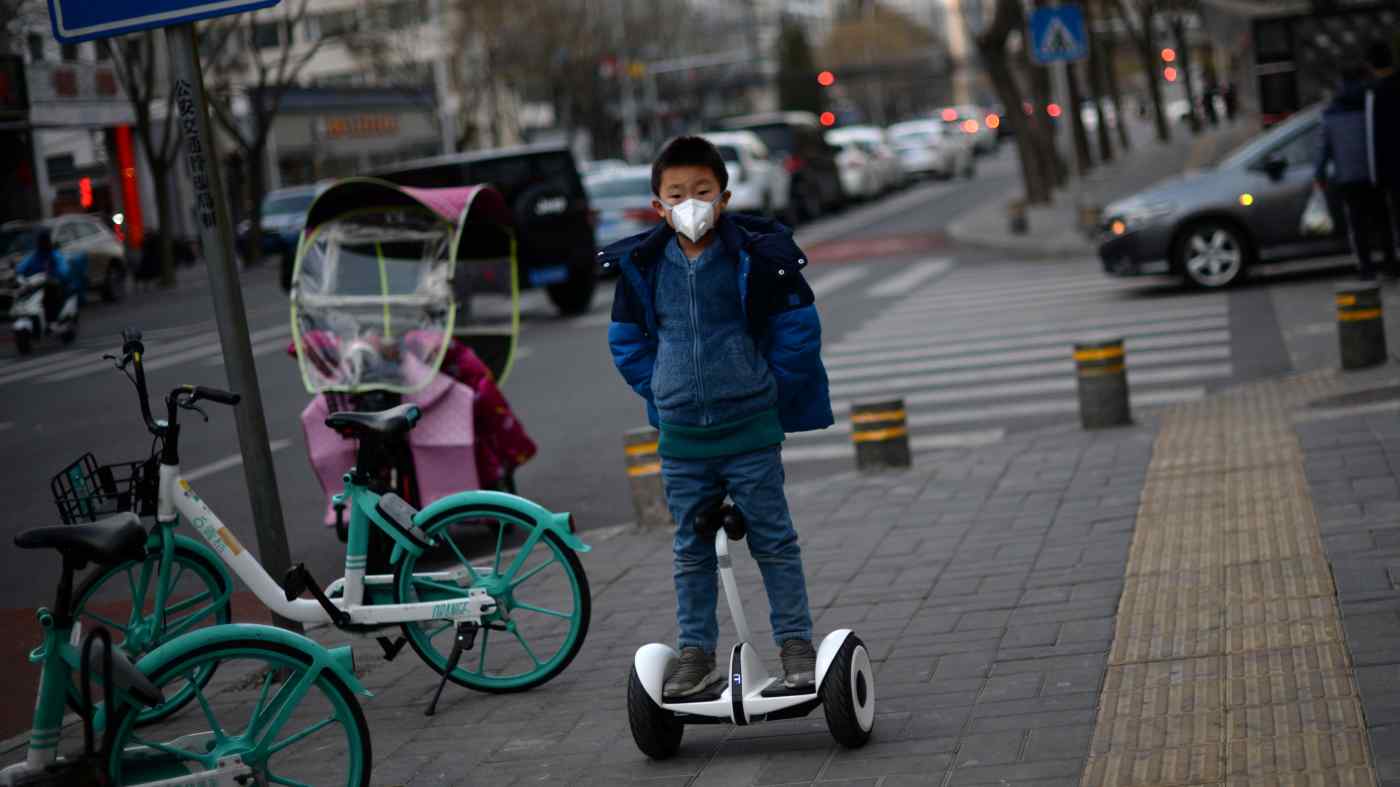 Some studies showed that only about 5% of coronavirus infections in children are severe.   © Reuters
ZHANG YANG, HUANG HUIZHAO and DENISE JIA, CaixinMarch 19, 2020 16:32 JST | China
CopyCopied

Are kids immune to the new coronavirus? The short answer is no, but most infected children experience relatively mild symptoms that differ from those observed in adults, scientists say.

Several studies showed that children tend to have longer incubation and virus-shedding periods than adults. Family cluster infection is the major cause of cases in children, which can trigger community outbreaks if not identified in time, researchers warned.

Wuhan Children's Hospital is the only designated hospital for children confirmed with or suspected of COVID-19 infection. As of March 8, the hospital had treated 683 children, including confirmed and suspected cases. Of these, 419 have been discharged.

Staff at the hospital told Caixin that 32 newborns with the virus were cured, and four in critical condition now no longer need ventilators.

Most infected children and infants have mild symptoms, and severe cases account for only about 5% of confirmed cases, according to Lu Xiaoxia, director of the respiratory department at the hospital.

Unlike adult patients, some children or newborns often have atypical symptoms, such as vomiting, diarrhea and other gastrointestinal issues, several studies on children's clinical data showed. This may make it even harder to identify infected kids.

A study published on March 14 by Nature Medicine assessed 10 children with COVID-19 at Guangzhou Women and Children's Medical Center. Researchers found that none experienced symptoms common in adult patients, such as difficulty breathing, muscle pain, headache and nausea.

The study found that seven children had fever, but no higher than 38.9 C, and one had no symptoms. All 10 children were tested for the virus because they had close contact with diagnosed patients. Chest X-rays of the children were either normal or showed only coarse lung markings without unilateral or bilateral pneumonia.

Few cases had leukopenia, leukocytosis, lymphopenia or elevated transaminase, which are frequently seen in adult patients, the study found.

Another preprint paper published by The Lancet medical journal of 50 children reported similar findings. Of the children, 46 had mild or very minor symptoms, and two had no symptoms at all, according to the authors, a team at Wuhan Children's Hospital and Wuhan Tongji Hospital.

The study showed that percentages of symptoms such as fever, cough and fatigue were all lower than in adults, but slightly more children had diarrhea than adults.

The underlying mechanism for less-severe symptoms in children is unknown, but scientists speculate it may be because of a fully functional thymus in children. The thymus gland aids in the production of T cells, which are crucial for the immune system. It is largest and most active in children and begins to shrink and fade in adolescence.

Another concern in children with the coronavirus is a longer intestinal detoxification cycle. As some child patients have diarrhea and other gastrointestinal symptoms, special attention should be paid to avoid infection through feces and urine, researchers warned.

The findings suggest that rectal swab-testing may be more useful than nasopharyngeal swab-testing in judging the effectiveness of treatment and determining the timing of termination of quarantine, researchers said.