Earnings of centrally administered enterprises more than triple to $63.7bn 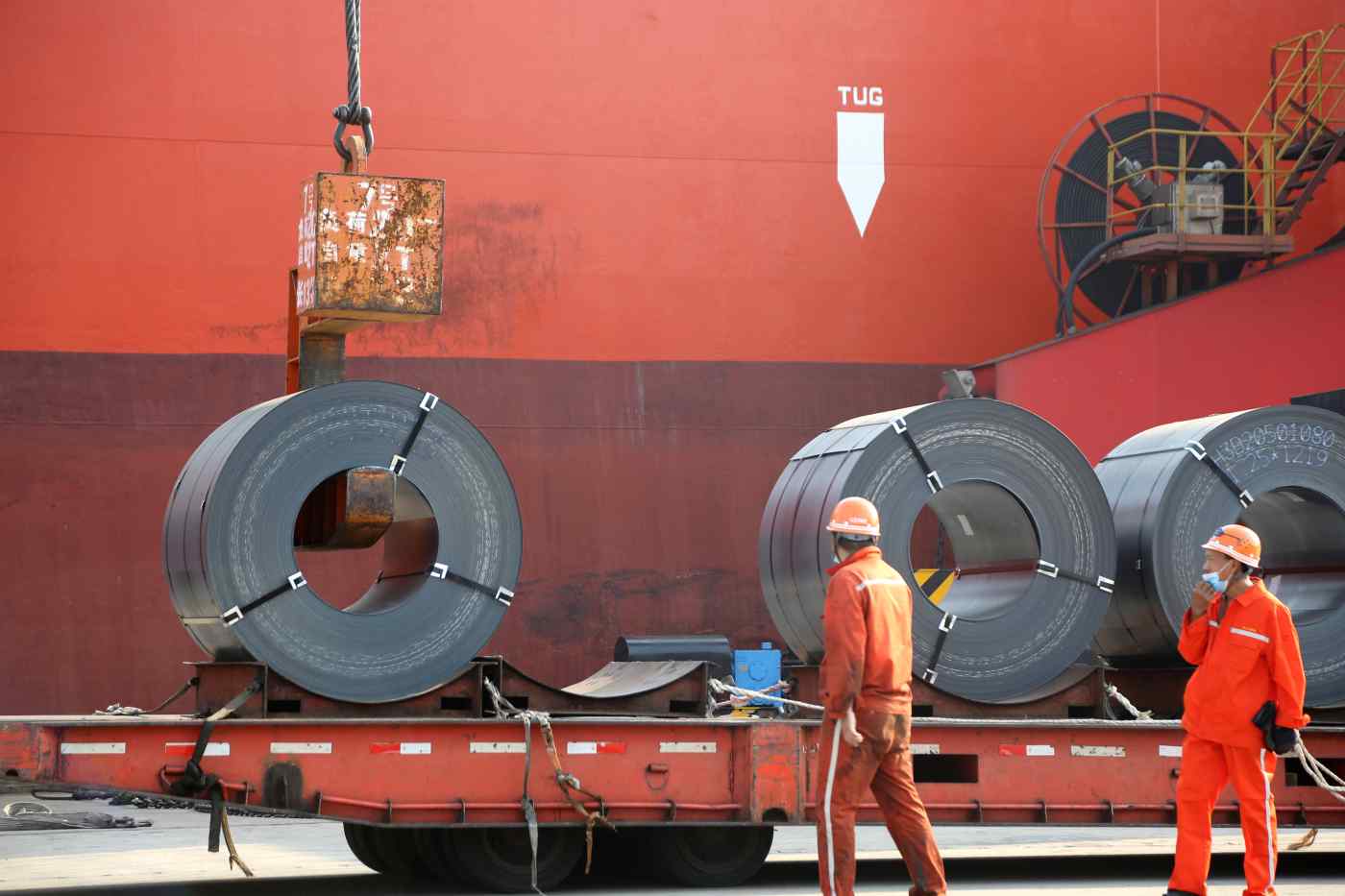 Angang Steel expects a 362% year-on-year increase in net profit for the first quarter of this year thanks to surging demand.   © Reuters
BAI YUJIE and TIMMY SHEN, CaixinApril 19, 2021 22:04 JST | China
CopyCopied

The profits of China's centrally administered state-owned enterprises tripled in the first quarter, hitting an all-time high for the period as the country's economy continued to recover from the fallout of the COVID-19 pandemic, the top SOE regulator announced on Friday.

In the first quarter of this year, central SOEs earned 415.3 billion yuan ($63.7 billion) in net profits, more than 200% of the amount reported for the same period last year and up 31.1% from the same period in 2019, said Peng Huaguang, secretary-general of the State-owned Assets Supervision and Administration Commission.

Peng said the central SOEs extended a growth trend that started in the second half of last year. Enterprises in certain industries, including petroleum, metallurgy, machinery, construction and military, recorded first-quarter net profits that more than doubled from the same period a year earlier.

Central SOEs generated 7.8 trillion yuan in revenue in the first quarter, up 30.1% year-on-year. At the end of March, the average debt-to-asset ratio of central SOEs stood at 64.7%, down by 0.8 percentage points from a year earlier, according to official data.

Central SOE performance was in line with the country's economic growth. China's first-quarter GDP grew 18.3% year-on-year off a low comparison base from the same period last year amid the COVID-19 outbreak, according to a statement issued on Friday by the National Bureau of Statistics. First-quarter GDP was up 0.6% from last year's fourth quarter and up 10.3% from the first quarter of 2019, official data shows.

Steel producer Angang Steel Co. Ltd. expects to book nearly 1.4 billion yuan in net profit in the first quarter of this year, a 362% year-on-year increase, the SOE said in a statement on March 31.

Rising commodity prices could also benefit certain SOEs, with energy enterprises seeing an increase in production and sales. In the first three months, the crude oil throughput of central SOEs surpassed that in the same period last year and was up 2.1% from 2019, Peng said. In addition, coal output and sales volumes of central SOEs were up 9.1% and 23% year-on-year, respectively.

State-backed China Coal Energy Co. Ltd. expects to book a net profit of about 3.4 billion yuan to 3.5 billion yuan in the first three months of this year, up more than 400% year-on-year, according to its filing to the Shanghai Stock Exchange on April 7.