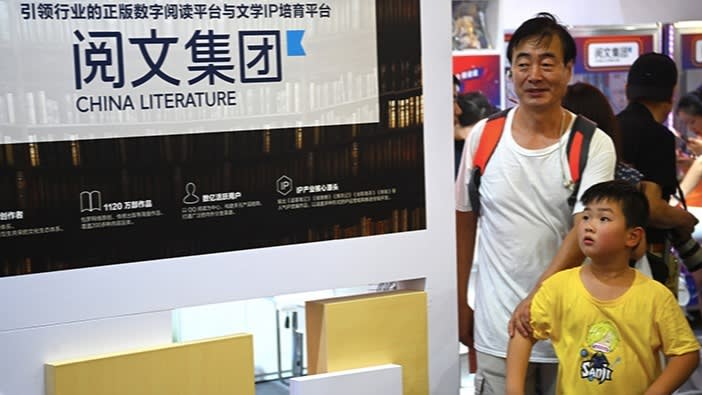 China Literature struggled under pressure from both its unhappy suppliers as well as customers who are increasingly demanding cheaper and even free products.
YANG GE, CaixinAugust 12, 2020 15:08 JST | China
CopyCopied

Tencent-backed online publisher and e-book company China Literature swung to a massive loss in the first half of 2020, as it faced an author uprising over compensation even as the movement toward a free-reading model challenged its broader sector.

While many online entertainment providers saw growth in the first half of 2020 as people stayed home during the pandemic, China Literature struggled under pressure from both its unhappy suppliers as well as customers, who increasingly demand cheaper and even free products. In an earlier announcement warning of the loss, China Literature cited a large charge related to one of its acquisitions.

That charge, coming amid the squeeze from suppliers and customers, led China Literature to post a net loss of 3.3 billion yuan ($474 million) for the first six months of the year, reversing a 393 million yuan profit a year earlier. The company still posted a nearly 10% year-on-year revenue gain to 3.3 billion yuan, according to interim results released on Tuesday after market close.

"The pandemic together with the fluid and changing macro-environment have had a negative impact on our business performance," the company said in the announcement. "The experience has made us realize that China Literature has structural issues that have piled up in recent years, which have gradually degraded the company's market share and neutralized its competitive edge. These are the fundamental reasons for our disappointing results."

In its review of the period, China Literature cited both the high-profile conflict with its authors, as well as poor performance for its own free-to-read product. The former saw the company issue new contracts to its millions of authors in June, after they voiced concerns over copyright, profit distribution and the company's move toward a free-reading model the previous month.

Amid the turmoil, most of the company's original top management team was forced out and replaced with Tencent veterans.

China Literature's shares shot up after the company's 2017 initial public offering in Hong Kong, but have gradually declined as the market leader faces growing competition. The stock now trades at 50.60 Hong Kong dollars, or about 10% below its IPO price of HK$55.